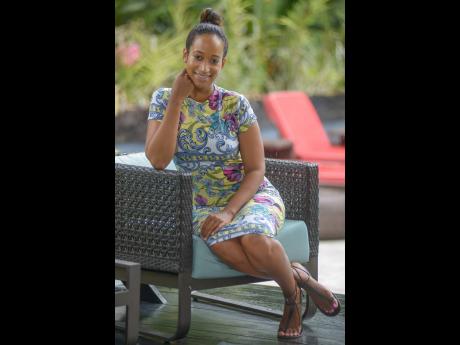 When you think about juggling multiple jobs, joy is the last word that comes to mind. But Suzanne Hendricks tackles many challenges with the most radiant of smiles. Today, Flair shares her dynamic story which led her to fulfilling her ultimate dream of hosting her very own event, Toast.

To many, Hendricks dominates as a hard-working marketer at Jamaica Money Market Brokers (JMMB) Group. For 13 years, she has provided public relations support for the company: engaging in site visits, events management, campaign development and execution, to a host of other ad hoc tasks. It’s typically a busy day doing it all and managing all stakeholders expectations.

But others know her as a talented swimmer who now teaches adult swim classes in the week and children classes – ages 18 months and above – a dedicated mother to her 11-year-old daughter, and in recent times, she has entrepreneured her way as a female party promoter. “The beauty about working with JMMB is that it allows me to balance my hectic lifestyle,” she told Flair Magazine.

Aside from company support, she relies heavily on great parents, other family members and friends who pitch in whenever they can, especially on the weekend.

What unearthed the idea of staging her first-ever event was a pleasant surprise. She crashed a vision party hosted by Life Coach Felecia Williams in January. Challenged to create a vision board for this year, Hendricks put down her BHAG – Big Hairy Audacious Goal – as creating her own event. Once she articulated the dream, she was inspired to put plans in action. She came up with the concept for Toast. Last month, she brought the goal to fruition. Toast is a drink-inclusive event, entertaining oldies but goodie tunes fused with the latest and trendiest hits.

“There were a lot of difficulties before and after the event, but I remained optimistic.” Being a woman in the industry, Hendricks felt singled out and it appeared as though others were trying to bring her down. But she rose to the occasion and her event was a success. “The party was good to me. I’ve received positive and constructive feedback. I’ve learned from it and I’m already looking forward to hosting the second staging of Toast in December.”

She made special mention of her daughter, who she said kept her motivated through the party process. “My daughter is my very best friend. During Toast, she left notes by my bedside, telling me I can do this. She’s the reason why I put out my all because I want the very best for her.”

Their mother-daughter activities include playing games, going for ice cream, or booking into a hotel just to relax. She was also keen to note that she appreciates the co-parenting support provided by the father of her child. “He has been instrumental in my daughter’s upbringing. We have managed to co-parent effectively without being together. And he was very supportive with my Toast initiative as well.”

Hendricks also has a spontaneous side. For fun, she shared that she likes going to the country, specifically to the river. She enjoys travelling and her last adventures took her on a tour of Thailand, Vietnam, Cambodia – a trip she said was random in its pursuit.

Her mantra in life: never give up. Life, she says, is very hard, but she encourages people to pray, think about what you’re doing and deal with every obstacle as they come along.

Her advice to someone who has a hard time juggling life is strengthen your support system. “Support is necessary. If you have that circle that’s there for you, it helps in a major way. I don’t even have to ask. Identify people you can trust, who can motivate you to do better and be your greatest self.”