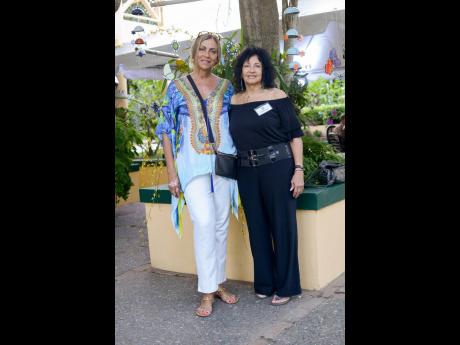 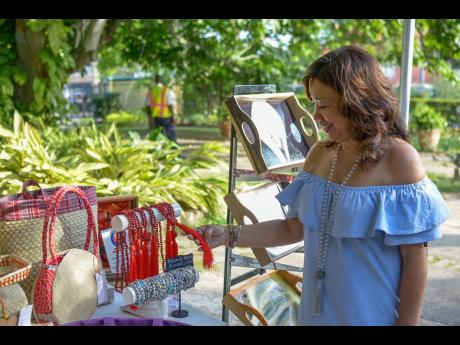 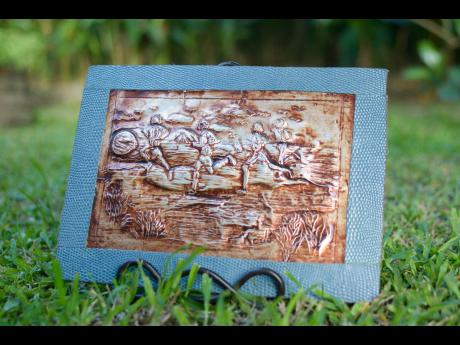 Shorn Hector
Unique art created by Valentine McLean was seen on display at the fundraising event. 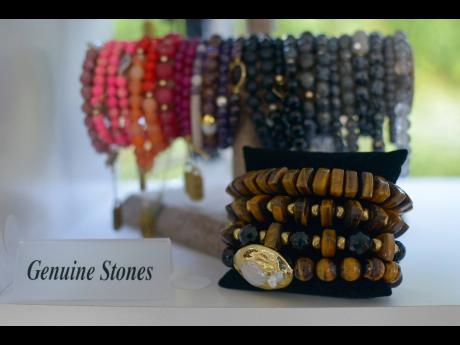 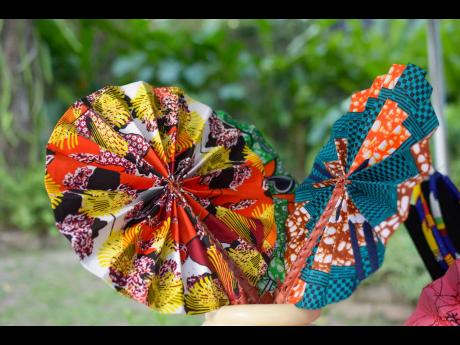 Shorn Hector
The proceeds made from the selling of these handmade fans will go to the scholarship recipients for 2019. 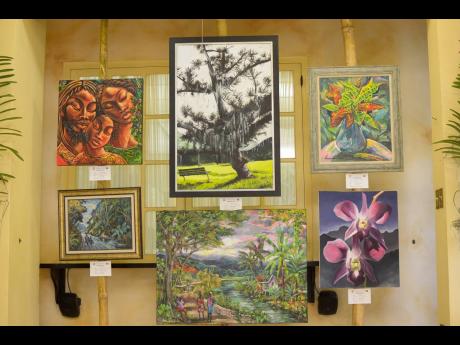 Shorn Hector
Several paintings were silently auctioned at the event. 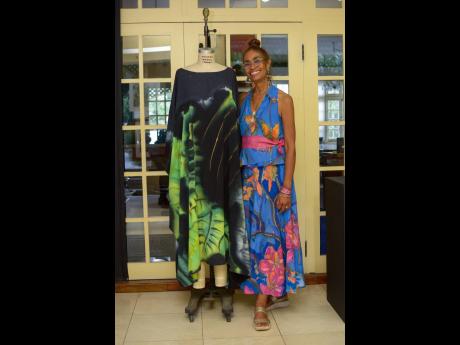 Shorn Hector
Designer Claudette Lopez stands proudly with her hand-painted dress that was auctioned at the fundraising event.
1
2
3
4
5
6
7

The American Women’s Group of Jamaica (AWG) is known for its charitable contributions towards the education of Jamaican youth. AWG was established in 1985 by a small band of women (expatriates) with ties to the embassy of the United States of America. The group began as a social organisation and expanded to include charitable works to benefit primarily the women and children of Kingston, Jamaica. It has grown to include Jamaicans, Americans, diplomats and multinational groups of volunteers who focus on helping the less fortunate children of Jamaica.

The AWG focuses on helping some of the less-privileged children in our community. They provide educational scholarships, including school fees and books to students, and assist various communities with some of their special needs.

For the 2011-2012 school year, the AWG granted 35 scholarships to students from basic school through high school.

Last month, the AWG hosted their annual scholarship fundraiser, Creativity and Cocktails, which saw numerous vendors and silent auctions towards a worthy cause. “We currently have 20-plus kids who we put through high school. This fundraiser is about raising the funds for the tuition and the books that the children will need for this September,” said Bernadette Matalon, president of the AWG.

In order to revamp their charitable efforts, the non-profit group decided to add a mentorship arm to their cause. “We established a mentorship programme which showed the kids more about Jamaica. We recently had a general meeting at the National Gallery and we included the kids. We showed them how to conduct a meeting with an agenda, and we spoke about what they wanted to be when they grow up,” she continued. AWG also goes on outings across the island, where they allow the children to explore the history and culture of Jamaica.

The AWG is working hard to not only meet the financial needs of students, but to also expose young minds to the wonders of Jamaica and show them that they can make a difference in the country.