The treasures of Riverton 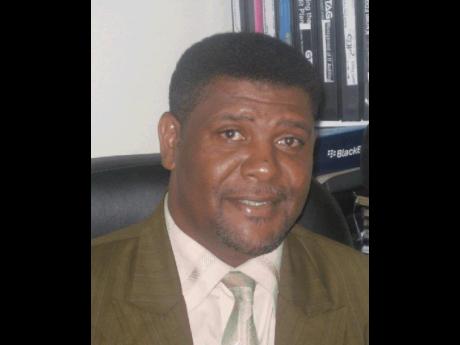 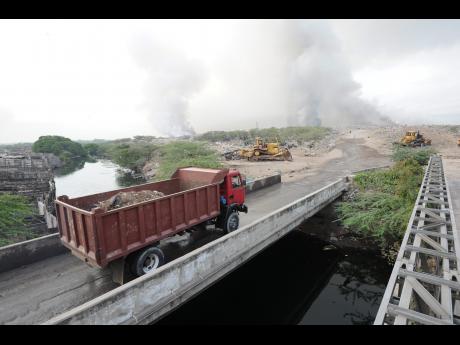 File
A truck carries dirt towards the Riverton City dump.
1
2

The horrific effects of the latest Riverton fire have been well heralded, and, as usual, the various solutions are rehashed, the debate goes on and will probably dissipate with the exasperating smoke when we finally extinguish this seemingly seasonal disaster.

Prominent among the items mentioned by the experts in recommending solutions of separation and recycling are the ubiquitous used tyres that are strewn around our landscape, with humongous quantities ending at the Riverton scrapheap. Among the tragedies of the Riverton debacle is the fact that one of the fires' greatest accelerants - tyres - could instead be one of its greatest treasures, with a little imagination and investment of a fraction of the in excess of $2.5 billion earmarked to deal with solid-waste issues from an environmental levy that was proposed in 2008 by the Government, according to PSOJ president William Mahfood.

The dangers of burning tyres are well known but seem not frightening enough to spur leaders (private and public sector) into urgent action. Among the many studies, the 1997 study published by the US Environmental Protection Agency (EPA) titled 'Air Emissions from Scrap Tire Combustion' chronicled the serious threat to human health that emissions from the burning of tyres can have. Emissions from burning tyres are highly mutagenic (more mutagenic than emissions from the burning of all other bulk materials that researchers have tested), and they contain significant amounts of the known human carcinogens such as 25 per cent extender oils derived from benzene, 25 per cent styrene, (a derivative of benzene), not to mention remnants of wire.

If mutagenic emissions are those defined as those capable of inducing genetic mutation, then to non-scientists like me, what is happening at Riverton is petrifying. Studies also hold burning tyres responsible for emitting "criteria" pollutants such as particulates, carbon monoxide, sulfur oxides, oxides of nitrogen, and volatile organic compounds. They also include "non-criteria" hazardous air pollutants (HAPs), such as polynuclear aromatic hydrocarbons, dioxins, furans, hydrogen chloride, benzene, polychlorinated biphenyls; and metals such as arsenic, cadmium, nickel, zinc, mercury, chromium, and vanadium. Our firefighters and Riverton must understand that both criteria and HAP emissions from an open tyre fire can represent significant acute (short-term) and chronic (long-term) health hazards. Depending on the length and degree of exposure, these health effects could include irritation of the skin, eyes, and mucous membranes, respiratory effects, central nervous system depression, and cancer.

Ironically, however, these same tyres have the potential to be practical substitutes to cement products in large projects like road constructions and release us from our over-reliance on cement. Experiments reusing the rubber in tyres as a binder in asphalt, which has become known as crumb rubber, have led to its application in places such as New Mexico, which impressively used asphalt rubber wet process, while the states of Arizona, California, and Texas used 18 per cent rubber in hot asphalt and found that two inches spread on to a road uses about 2,000 tyres per lane mile.

Further, the cocktail of other solid-waste materials that end up at Riverton, including used glass, plastics, and porcelain (e.g. toilets) have proven to be practical substitutes to cement products in large projects like road, bridge, and building constructions. For example, recyclable glass, or cullet, is recovered from glass containers used for food and beverage, including beer, soft drinks, jars, wine, and liquor bottles. Recycled glass melts at lower temperatures than new glass, thus creating energy savings, and can be used in a base course in roads, (unbound construction aggregate), as well as glassphalt, pipe backfill, and storm drains.

Another efficiency benefit to these uses is that the glass can be mixed colours, so that expensive sorting of colour is not needed. Glass storage is not costly, is considered benign, producing no pollutants, and is a stable material, though covering it in cold and wet weather is recommended.

The Rural Conservation Alliance in the US claims that by 1994, 10 US states used such glass applications, and by October 2003, the New Mexico Department of Transport had created a specification for base course using 10 per cent glass.

Glassphalt is asphalt containing glass cullet as an aggregate, and the Clean Washington Center reports that it has been widely used since the '60s. Numerous other US states have either used or experimented with glassphalt, and these include Baltimore, Minnesota, and Pennsylvania.

Similar possibilities exist for almost all the types of treasures that go up in noxious smoke in Riverton fires. Is it beyond us that organisations such as the NSWA, the SRC, the JDBA, etc, cannot collaborate to develop pilot projects that demonstrate how we can transform the Riverton City dump from a quagmire of poison to a treasure trove. Once the lucrative possibilities become apparent to the private sector, then entrepreneurial reactiveness may save us from the next incendiary fiasco at Riverton.