Jamaica vs Cuba; Kingston vs Miami; and crumby Zimbabwe money 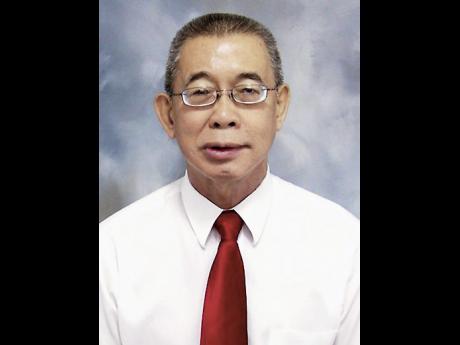 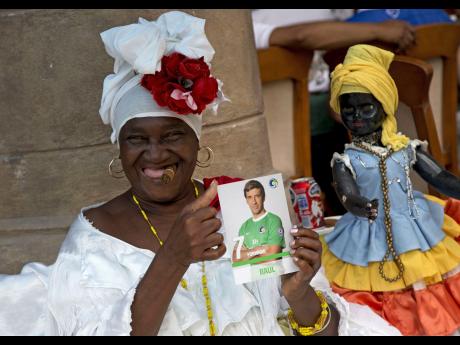 AP
In this June 3 photo, a palm reader shows a picture of New York Cosmos soccer player Raul in Havana, Cuba. Members of the professional team gifted her the picture, as they made their way to a nearby restaurant. As relations have thawed between the US and Cuba, soccer and basketball stars from America played for excited crowds in Havana.
1
2

Congratulations to all GSAT students who just passed to the high school of their choice, especially to those scoring perfect hundreds in one or more subjects.

Special shout-out to my son, Ethan, a student of Sts Peter and Paul, who achieved a near perfect four hundreds and a 99 per cent. Did I hear scholarship? Anyone?

'Jamaica records 5% increase in tourist arrivals' was the headline in a Jamaica Observer article dated June 9.

Now, while that is good news, it may not be good enough. For, at the same time, The Associated Press, on May 26, reports 'Stunning 36% rise in US visits to Cuba since January'.

In addition to the boom in American visitors, Cuba has seen a 14 per cent jump in arrivals from around the world between January and early May compared to the same period last year.

In 'Obama's magic wand and Wykeham's Cuba' of April 19, 2015, I wrote that Minister McNeill might have been "asleep at the wheels". For with the US removal of Cuba from terror-sponsors list on May 29, this is bound to add impetus to Cuba's tourism boom.

As I showed in my said column, the strength of the US$ has made the cost of accommodation and attractions around the world less costly and, therefore, more attractive to US visitors.

Dr Wykeham McNeill just said that the Jamaica Tourist Board is currently doing a study on the effects the opening up of Cuba could have on Jamaica's tourism market, particularly on visitors from the United States. He said the study will be ready later this year.

The website of NUMBEO (http://www.numbeo.com/cost-of-living/compare_cities.jsp? country1=United+...), lists the Cost of Living Comparison Between Kingston and Miami, FL.

Data for selected items are shown above.

Of note is that milk cost 93 per cent more in Kingston, taxi 102 per cent, fitness club 59 per cent and mortgage interest rates 182 per cent.

When all is said and done, however, (according to this survey), the purchasing power of Kingston is 46 per cent lower than for someone living in Miami.

I tried to demolish a slice of bread following a crumb-making recipe appearing in The Cook's Thesaurus, available on the Internet (http://www.foodsubs.com/ Crumbs.html), into the tiniest of crumbs and could not get more than 1,190 pieces.

Under any stretch of the imagination, Z$100 couldn't even buy a crumb.

The Zimbabwean government will begin trading 5 US dollars for every 175 quadrillion local dollars that is, 175 followed by 15 zeroes or 175,000,000,000,000,000, it collects in an effort to rid the country of what's left over of its hyperinflated currency.

Zimbabwe's hyperinflation was considered by the International Monetary Fund as the worst for any country not at war, and the 100-trillion dollar Zimbabwean dollar note was the single largest known note to be printed by any central bank.

What's that? Did I hear a snide comparison with the Jamaican dollar? Cut it out, you hear!