Let’s get all the Tivoli facts 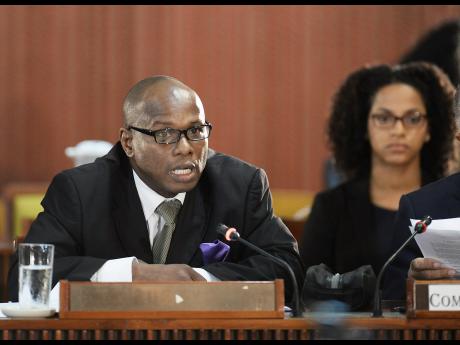 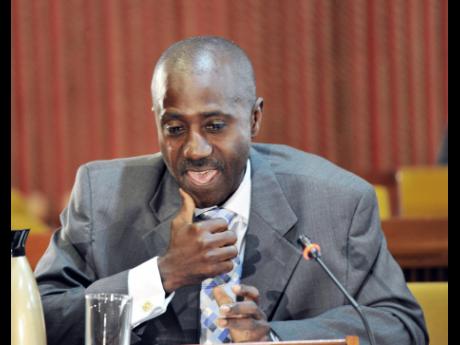 Norman Grindley
Retired Lieutenant Colonel Andrew Sewell said there might have been abuse by soldiers in Tivoli. 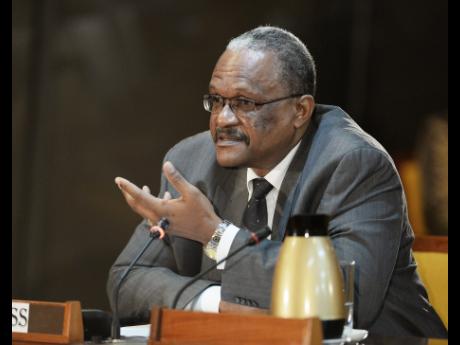 Somebody killed the 70-plus persons who were shot in the 2010 military-police operation in Tivoli Gardens. Maybe it should be called military and police operations separately because from all indications and the testimony at the Tivoli commission of enquiry, the Jamaica Constabulary Force (JCF) and the Jamaica Defence Force (JDF) were doing their own thing.

It is similar to young people's dances nowadays: man across the room doing gyrations of the damned and women on the other side of the lawn, twerking with a partner who is so far away, she has to text him to tell him she needs a drink.

The JCF's operational plan, code-named Key West, had the same title as the city that is at the bottom of the United States. On the other hand, the JDF's was titled 'Garden Parish' , the same nickname as the place that when pronounced in deep Jamaican language, sounds like what a criminal gets when convicted in a court.

The fact that two arms of the security forces are carrying out the same mission, without sharing their strategies, is much more worrisome than the chief of defence staff of the JDF not revealing to his subordinates that he was going to mortar the battlefield in order to make the criminal elements know that they were up against superior forces.

We know that there were three sets of gunmen operating during the Tivoli encounter. First in were a set of heavily armed gunmen who, by the admission of the former police and army chiefs who took the stand, made them more nervous than goats at the beginning of a curry festival. They were not well-trained, but even babies with guns can kill.

Second were the JCF personnel, who we now know did not share their operational plan with the JDF. And finally, the JDF, which had guns in the true army sense of the word. For the record, in the army, a gun is not the thing you keep on your hip. That is either a revolver or, if it is a cartridge-loaded firearm like a Sig, it is a pistol. And M16s and AK-47s are rifles. For the army, a gun is a big thing that fires shells that are so large, they make turtles look like snails. And they go, 'Boom!' and can tear down walls and houses. Yes, guns fire mortars.

Earlier testimonies indicated that the ballistic reports showed that 35 of the persons who were killed had bullet wounds in their back or in parts of their bodies that clearly revealed that their backs were turned to those who fired them. Yet, the former police commissioner, Owen Ellington, testified that the majority of the warheads recovered from the bodies of the deceased were not from firearms issued to, or by, the JCF. This then begs the question: Who shot the people in their back? And I doubt that it was the coward that Josie Wales sang about who ambushed him in Higgins Town more than a decade ago.

If the slugs didn't come from the JCF, were they from the JDF or criminal elements? In the case of the latter, both the JDF and JCF have long talked about human shields during previous Tivoli operations. There have also been allegations about people being afraid to leave because there were militiamen with rifles and other firearms (but no guns) who wouldn't hesitate if the orders from the 'Dads' said "Nobody leaves!" Thus, it is indeed possible that a significant percentage of the casualties were inflicted by friendly fire from other civilians.

Now, to the chagrin of the Tivoli Committee and other entities, who already 'know the truth' and do not think that the minor issue of ballistics and due process via an enquiry will point to it, this is an inconvenient thought.

Let me make a statement, especially to the lawyers, who are already convinced of the guilt of the security forces and have their foregone conclusions. Any conclusion and guarantee of the guilt on the part of the security forces is, in itself, 'extrajudicial' because one tenet of a democratic and free legal system is that even the most obviously guilty persons have the right to be found guilty by an independent court, tribunal or commission, despite the imposing evidence of the investigators and prosecutors.

Nonetheless, could the majority of the fatal bullets have come from JDF-issued firearms? Doubtless, the commission will need to know this. However, even in a worst-case scenario, it is possible under international law and the UN's Basic Principles for the Use of Force and Firearms by Law Enforcement Officials. Under Article 9, it is defensible to shoot and kill a person who has fired on you, and still has the firearm in his possession, even if he is running away. This is "to prevent the perpetration of a particularly serious crime involving grave threat to life, to arrest a person presenting such a danger and resisting their authority, or to prevent his or her escape, and only when less-extreme means are insufficient to achieve these objectives".

Many mothers lost their sons; and no compensation can bring them back. But let us be honest: If 100 men fire .22 pistols at two sniper-type soldiers, dressed in body armour, the numbers would look similar.

Persons did fire on the police and the army. These combatants must have listened to Baby Wayne's song about Scallawah Squami, and, in their deluded state, thought they could "fight so much time wid di army". It is a hard lesson. Unless your name is Cudjoe, Nanny, Chief Tacky or Dutty Boukman and you have a large expanse of forestry within which to hide, you are going to get annihilated by the better-trained and -equipped army.

And by the way, not even the JCF could hold off the JDF if it were trying to take Tivoli.