A black Christian in today's world 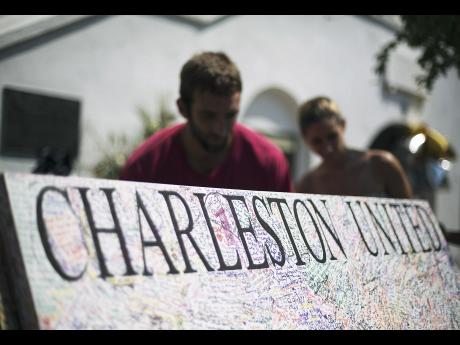 AP
A message board stands at a sidewalk memorial as visitors write notes in memory of the shooting victims in front of Emanuel AME Church. 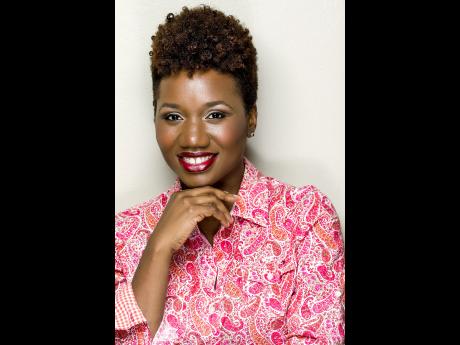 As a black Christian, the Charleston shooting raised many issues in my heart about racism and faith in Christ in the world. The shooting broke my heart, brought me to tears, fired up indignation in my soul, and eventually led me to deep and desperate reflection.

How could God allow this to happen? And to His people in His house? As I peeled back the layers of questions, a curious, deep-rooted dichotomy in my perspective on persecution was revealed.

Somewhere, in the midst of my unvarnished reflection before God, I began to realise that an attack on me because of my race was somehow more personal to me than an attack on me because of my faith, since a racist attack was largely about the centimetres of melanin lining my skin, the kinks in my hair, my unique form, the shape of my nose and an ideology anchored in the belief that all of these things made me less human. That is personal.

The legacy of hundreds of years of institutional hatred, violence and white supremacy makes the lived experience of racism between countries and between 'neighbours' in small town communities in the United States and elsewhere personal.

Possible persecution because of my faith in Christ, though detrimental and ongoing, seemed to be so much farther away, so much more universal, so much bigger than me or a displaced people who still clearly need somewhere to belong.

Furthermore, an attack on a Christian's faith is something that God already declared in His word. We bought into the dangerous possibility when we said the sinner's prayer and became children of God. "Remember what I told you: 'A servant is not greater than his master.' If they persecuted me, they will persecute you also. If they obeyed my teaching, they will obey yours also," Jesus declares in John 15:20.

Still we expect God to deliver us from evil, as Jesus taught us to ask in the Lord's Prayer. God is our Saviour, Protector, Provider, Healer, Defender and Lord. So the shooting of these nine black worshippers in Charleston is not only a vicious racist attack, but for those who consider themselves to be children of God, it seems like our Father turned His back.

As much as we mentally understand this, our hearts are outraged, grieved and even petrified when we hear of the thousands of Christians persecuted and beheaded in certain parts of the world. We instinctively revert to Scriptures about the end of the world and Armageddon. But somehow, at least for me, that persecution is not about me personally, but rather about my faith, a concept bigger than me and my humanity.

Perhaps my perception is based on the fact that the persecution of Christians is not part of our lived experience in the West since most Western nations were, in fact, built on Christian values. Indeed, on this side of the world, nations historically revere Christian values.

However, in today's postmodern culture, Christian values are becoming less tolerable in a world ironically calling for tolerance and increasingly bent on ensuring that we all get to do as we please, regardless of the consequences.

But this lack of love for the Church and its 'restrictive' values should not be surprising for the Christ-follower. In fact, the Bible teaches that the world will hate the Church. And so we understand that the enemy of our faith is very much, the enemy - the evil one.

When thinking of the heartbreak and ugliness of racism, we oftentimes think of the enemy as people and 'the system'. Certainly, the dastardly nature of some people's racist behaviour makes it next to impossible to not assume that they themselves are not the very source of evil. They must be made to take responsibility for their actions; they must face the full weight and punishment of the law.

But even as we look for justice, I have come to accept that the enemy of my faith and the ultimate source of racist attacks are one and the same, using people. God, after all, shows no partiality to the various races. "Peter said: "I most certainly understand now that God is not one to show partiality, but in every nation the man who fears Him and does what is right is welcome to Him." (Acts 10:34-35).

In a primarily black society like Jamaica, the big divide is class - so you have your typical uptown versus downtown churches, again with their preference for their own voices and dances. Is comfort at the core of this delineation? Or is there something more sinister, like pride and partiality? Are we being the kind of neighbours that Jesus commends?

As I wrestle with these issues, I recognise that there is much more to contemplate. Nevertheless, I am led to reflect on the story of the Good Samaritan in Luke 10:25-37. The self-righteous folks were shamelessly unable to reach across societal lines to help someone in need. The true neighbour - the Good Samaritan - was, however, merciful, generous and compassionate. He was filled with godly grace and love and blind to ethnic lines.

I still don't know why God allowed the shooting in Charleston, and I am still outraged and heartbroken that hatred of that kind is still rearing its head today, but I am now more seized by the fact that "our struggle is not against flesh and blood, but against the rulers, against the authorities, against the powers of this dark world and against the spiritual forces of evil in the heavenly realms". (Ephesians 6:12).

- Shelly-Ann Harris is the editorial director and founder of Family and Faith Magazine. Email feedback to columns@gleanerjm.com and shellyannharris@gmail.com.