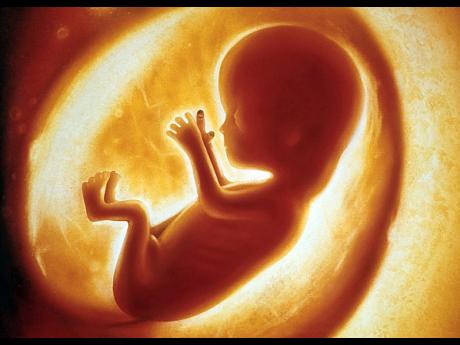 Contributed
The question being asked by critics of Planned Parenthood is this: "Is Planned Parenthood an advocate for late-term abortion because the organisation profits from baby body parts that are significantly more developed in later pregnancy?"

In recent weeks, there has been quite a stir in the United States (US) concerning accusations that Planned Parenthood, the organisation that promotes abortion in that country, has been selling baby parts. This information came about because of an undercover operation done by an organisation called The Center for Medical Progress. They secretly videotaped interviews with doctors working with Planned Parenthood discussing how to maximise revenue from the sale of "foetal tissue".

In one video, a doctor is at lunch while discussing the sale of baby parts with someone, whom she thought was a representative from a potential buyer company. She is shown eating her salad while describing the process of carrying out the abortions in such a way to ensure that the baby parts that need to be preserved intact for sale are carefully kept from damage. The doctors in the videos (there are more than one) refer to the baby parts as "foetal tissue". One doctor in particular was caught on camera negotiating body parts while joking that "she wanted a Lamborghini". In one of the videos, a young woman told how she ended up working for a company that she thought employed her because she was a phlebotomist, as a lab technician, but in fact she was there to assist in separating and preserving aborted baby parts for sale. The company she had worked for was, in fact, a part of Planned Parenthood. It would organise to sell the baby parts, while Planned Parenthood would get part of the money.

In one video, a director of Planned Parenthood indicated that each body part would cost US$75. They sold parts such as the heart, lungs, liver, feet; and the abortion itself would cost US$500, while selling the body parts would add another US$300. In another interview, there is information about preserving the brain of the baby, since that body part has even more value. It was said that the more difficult it is to procure the body part, such as the heart or the brain, then the more money you could get for such a part. In addition, parts that came from late-term abortions earned even more money.

This former employee of a procurement company describes how on her first day working at the clinic while she was undergoing training, she saw someone come in with a bloody jar and pour out something on a pie dish and began using a tweezer to pick out baby parts from the vaginal tissue which had all come from an abortion. The video graphically shows this being done. Her trainer shows her how to separate a leg, a heart and other body parts. On the screen you see these tiny parts being treated simply like tissue that have to be handled carefully, because they will sell for good money. She describes how she was instructed to do the separation of the body parts as her trainer showed her. On picking up a leg with a tweezer, she felt going through her body a sensation of death and pain and she blacked out.

The controversy surrounds the fact that US law forbids sale of body parts. In an interview on ABC News, Cecile Richards, Planned Parenthood's president, defended the practice, pointing out that in the unedited version of the videos, that have been made available to the public, the doctors repeatedly say that the money that is earned from the sale of the "foetal tissue" is not for profit, but to cover the cost of the procedure to provide the tissue for medical research purposes.

The question being asked by critics of Planned Parenthood is this: "Is Planned Parenthood an advocate for late-term abortion because the organisation profits from baby body parts that are significantly more developed in later pregnancy?"

Syndicated columnist and Fox News contributor, Charles Krauthammer, made the point that: "The first change in public opinion on abortion, when it began to go less pro-choice, was the advent of ultrasound, when you could see what a living human, thriving human foetus looks like as it grows inside the mother. And now what we're seeing is what happens when you destroy that entity."

How does all of this controversy impact us in Jamaica? Here, we have national policymakers advocating for the legalising of abortion as a solution to women having unwanted babies, yet in the US there is evidence that millenials are less in favour of abortions because modern technology has made it possible for persons to see inside the womb and realise that the foetus is a living human being developing with all its organs intact. In fact, the organs are so intact that they can be sold for profit. There is now an additional ethical issue of these abortion clinics participating with Planned Parenthood in the sale of body parts of the babies that have been killed. One has to wonder about the motivation for these procedures that are advocated for as the woman's right to have control over her body. Is it really to benefit the women or to benefit Planned Parenthood's profit margin? When around the world there are more restrictions being placed on abortions in countries that have legalised the procedure, are we now pushing to open the gates to practices that make the deaths of babies profitable?

Sometimes our officials are eager to adopt policies and practices because they are so enamoured by First World countries because of a belief that we are lesser than they are in value and intellect. It is this belief that has us aping practices without thoroughly thinking through their ultimate impact on us as a nation.

- Esther Tyson is an educator. Email feedback to columns@gleanerjm.com and esther.tyson@gmail.com.