'Let your voice be heard' 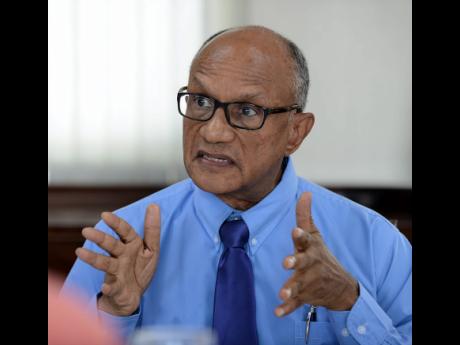 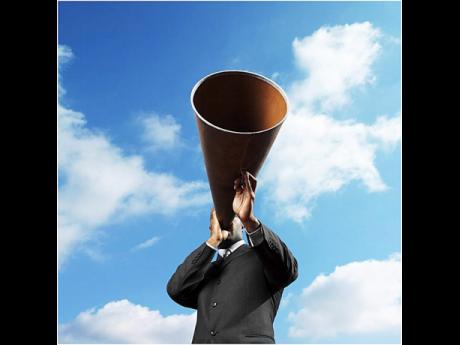 The following is an edited version of a presentation made by Professor Trevor Munroe, executive director of National Integrity Action, on July 23, 2015, at a town hall meeting at Port Antonio High School in Portland.

I want to talk about your vote, not only as your right, your responsibility, but as your 'voice', as a fundamental part of your democratic right to 'speak out'. In fact, when our forefathers won the right to vote, they used it to win the right to speak out in other ways. This was not always so. A hundred years ago, we Jamaicans could not speak out, could not speak our mind for anybody to hear. There was no democracy; one newspaper; no radio station; no talk show; no TV; no social media; no right to speak out. Our National Hero Marcus Garvey did speak out. He said that judges who were not fair and not upholding the Constitution should be sent to jail. Instead, it was he who was sent to Spanish Town prison for three months, for speaking out.

No wonder, because at that time none of us in this room would have had the right to vote in those who would make the law. Then, only one out of every 10 Jamaicans, the few who owned big properties and merchant houses, they were the ones who mainly had the right to vote and alongside them the English colonial rulers in London and the governor. They made the laws, and they made the laws such that we could be sent to prison if we spoke out.

As you know, all that changed 71 years ago, in 1944. All adults, one out of two Jamaicans then and now, won the right to vote, the first predominantly black people in the world to achieve that milestone. This allowed us, then and now, to choose and remove our representatives. Those who had the right to make the law, and our members of parliament changed the law to give us the right to speak out, and that right was further enshrined in the Jamaican Constitution Charter of Rights four years ago, along with the right to vote.

So, today, you and I can speak out without suffering Garvey's fate. We can call Cliff Hughes Online, Hotline on RJR, Independent Talk on Power 106; we can text in our views on questions asked after TVJ News; we can do the same on LIVE at 7, we can write letters to the newspapers; we can post online comments; we can have our voice heard on the website of the Office of the Contractor General, the Auditor General or the Public Defender. In fact, just as how the EOJ (Electoral Office of Jamaica) and the ECJ (Electoral Commission of Jamaica) are highly rated internationally because of how they administer the right to vote, so, too, the level of freedom of speech and freedom of the media in Jamaica is world class, in many years ranking above freedom of the press in America, in England and in many other democracies.

Some of us don't know this; don't appreciate nor realise that there are not many countries where you can can speak your mind as in Jamaica without getting locked up. Others of us know that we have the right to speak out and don't make use of it. We will shoot off our mouths in the bar, at the bus stop, in the barber shop or at the hairdresser. We don't feel it makes sense to speak out beyond that.

Others of us, thankfully, are and have been speaking out, getting results, showing that it makes sense, and we need to learn from them. It is because many of us spoke out 36 years ago that we got the maternity leave law which means, today, that no woman can lose her job because she gets pregnant, and women are entitled to two months' maternity leave pay while on leave to have a baby.

It is because so many Jamaicans spoke out, and not only because the Americans demanded it, that the self-confessed criminal don, Christopher 'Dudus' Coke, is no longer in Jamaica, but now serving 23 years in prison. It is because some Jamaicans spoke out that five years ago the Independent Commission of Investigation (INDECOM) was set up to investigate and prosecute police if and when they kill people without proper cause.

It was because so many Jamaicans spoke out that the old board of the National Solid Waste Management Authority (NSWMA), which stood by and did nothing while the law was being broken for 10 years by the agency in not auditing their accounts; that is why the board was changed.

It is because so many Jamaicans spoke out that there is now a new chairman of the National Housing Trust.

We can effect change

The moral of the story is clear: keep silent; say nothing and nothing happens to change what you don't like. Speak out; use our democratic right and things will happen. The more we speak out, the more the 'powers that be' shall have to listen.

There is much to speak out against today:

- Speak out against the wasting of money; for example, a billion dollars being spent every year on NSWMA without any accountability. No wonder Jamaica ranks 109 out of 144 countries in wasteful spending of public money.

- Should we not be speaking out to know who are the large taxpayers, who according to the minister are not paying their taxes, making it necessary to cut money spent on clinics, hospitals, schools? Yet we publish the names of the students who received loans and are not living up to their obligations to pay back.

- Should we not be speaking out to get the International Monetary Fund (IMF) to lower the primary surplus target from 7.5 per cent, to ease the burden of paying the debt which we must pay, and not leave it up to American Congressmen to ask the IMF to play fair? I cannot accept that they should be speaking out for me, and you and I keep quiet.

Let us use our voice, our democratic right more effectively to speak out for what is right, to change what is wrong now, in-between elections, so that when elections come more of us will see that it make sense to vote in who we want and to vote out who we don't want.