Trafficking in persons: Not playing with No. 2 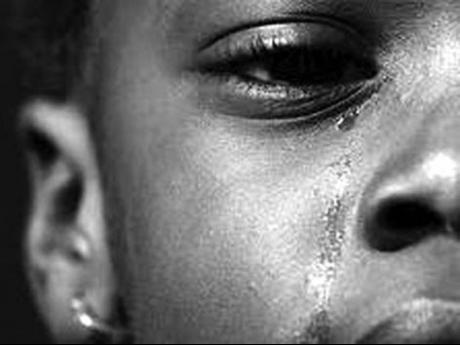 It is bad enough that we got a number two rating in the Gold Cup, despite our best of efforts to wrest it from the grasp of the Mexicans, who in the view of many were cheated into the finals. Unfairness is a hell of a thing to deal with, especially when it results in punitive treatment. Now, with our stereotyped aversion and antipathy towards that numeral, some employees of the US Department of State have complimented us in our anti-human trafficking efforts, but have somehow found it expedient to punish us with a second-tier rating.

Maybe we don't all understand the consequences of getting a consistent Tier 2 Watch rating. It means that in the very near future, our big brother and eternal ally, Uncle Sam, might reduce or remove aid that we need in fighting all kinds of social ills, including this very same human-trafficking scourge. Worse, it might cause us to end up with wearing another unfortunate label. Then other nations and agencies might treat us like lepers. Image is everything.

The narrative from the US Department of State is not much different from that which describes its own society. A "source, transit, and destination country .... subjected to sex trafficking and forced labor." While it speaks definitively of the phenomenon in the US, its language is very speculative in regard to Jamaica. Commenting on the large number of children who go missing each year, it guesses that some are 'likely' subjected to forced labour or sex trafficking. Never mind the fact that most return home and the lack of evidence; the suggestion is that large percentages of them are trafficked. Moreover, there are 'reports' of child sex tourism being a problem in resort areas and that "Jamaican police officers may be complicit in prostitution rings, some of which are 'alleged' to recruit children and coerce adults into the sex trade." With the vigilant non-governmental organisations (NGOs) and the number of internal and external oversight agencies in the constabulary, this conjecture is a hard sell.

What the NGOs and US authorities, who have the credible information, ought to do is pass it on to the myriad agencies we have that keep vigilance over human trafficking. We cannot build national and international policy on anecdotes. In any event, despite the hysteria, forced labour and human trafficking is not a large a problem in Jamaica as in most other countries, including the USA. However, even one case is 'two' many.

I am a big critic of the Government but it has done loads to stem human trafficking, which is proportionally not even a cockroach whisker of a problem as it is in America. Jamaica has passed at least three major laws, set up a human trafficking unit in the police force, appointed a National Trafficking in Persons Rapporteur, prepared training manuals for all areas of the justice system, carried out public education campaigns, and established shelters for victims. Furthermore, it has prosecuted several suspects.

Nonetheless, the American embassy here advised that "it will be difficult for Jamaica to improve on its human trafficking ranking without more convictions". Of this benchmark, I am afraid. The guarantee of conviction in a society that respects human rights and the independence of the judicial system is a dangerous slope. In civilised countries like Jamaica and the USA, there is a standard way in which people who commit crimes are brought to justice. First, one obtains intelligence and information. When it reaches a level of credibility; not simply newspaper or personal narratives or hearsay, a cop lays charges. Then it is taken and prosecuted by government-paid attorneys, if they are convinced that the evidence amounts to a case to defend. Then, depending on the charges, the matter either goes before a jury, magistrate or member of the judiciary. Oftentimes a jury comprising laymen, but given the awesome task of mulling over the sophistry, and subtleties of capital offences law, gets it 'wrong '. But that is the risk we take when we decide to keep the jury system. America will remember how divisive the 1995 OJ Simpson not-guilty verdict was.

Unlike a large percentage of American judges, who are selected by popular elections (partisan and non-partisan), our judges are not creatures of politics and are not candidates for campaigning. With relative security of tenure, 'your honour' is not beholden to anyone. Parliament can pass laws and other agents of the state enforce them vigorously. However, trials are always a coin toss.

The big red flag that flashes, and America has had major issues with countries with these, are the words, 'extra-judicial'. Not even the prospect of reduced aid or being placed on a 'white list' should make our government even think of tinkering with the judicial process in order to 'secure' convictions. Moreover, if any such unethical interference takes place, to subvert due process, I am willing to bet my future income that Amnesty International, Transparency International and our own human rights groups and perhaps the very US government will be on us, like a Mexican striker on a carelessly cleared ball.

Beyond all that though, some 26 countries have tier two rating without any convictions; and New Zealand despite evidence of trafficking therein, has none either, yet it is ranked Tier 1. Furthermore, despite strong opposition by human rights observers, Malaysia was removed from the list.

I truly empathise with the representatives of the American embassy here, who understand the country in which they live. But when senior bureaucrats in the State Department or Members in the Houses of Representatives want their 'indicators', they have to represent what the policy is.

Yet, securing evidence to detect and prosecute human trafficking is very daunting. Last year, the USA with all its resources, some of which I will help our government to panhandle, only managed to charge 335 defendants and secure convictions against 184 traffickers. Just how many people do you think are trafficked across the USA annually? In 2012 Yamiche Alcindor, writing in USA Today, reported that "at least 100,000 children across the country are trafficked each year". According to Estes and Weiner, the number might have reached 300,000 at some point in the years 2000s. Bet you that the arrest figure is proportionally lower than Jamaica, whose human trafficking problem is less.

True, a significant percentage of victims are undocumented foreigners, tricked or smuggled into the country. However, the Department of Justice reported in 2011 that more than 80 per cent of the human trafficking victims within the country are American citizens. It is a sad fact. Jada Pinkett Smith, wife of Will and a star in her own right, teamed up with CNN to produce a frightening report, aired two weeks ago. It is common knowledge that despite the idiotic glorification of the lifestyle by black cultural icons via the Iceberg Slim and Huggy Bear character, the institutionalised 'pimp', a staple of American hyper-culture, was engaged in 'white slavery' for almost a century.

No lesser than the Federal Bureau of Investigations (FBI) Assistant Director of Criminal Investigative Division Joseph Campbell says child exploitation has reached near epidemic levels despite some 600 children being rescued last year. Realistically though, 600 out of tens of thousands is little to give one a gold star over. A fact that the CNN Freedom Project had observed consistently, is that many victims don't consider themselves to be, and where they do, even fewer are willing to have their exploiters arrested by testifying. This has been consistent with findings from our own academics and police personnel here.

So, I'm saying to Uncle Sam, come on, give us a break; we are trying and you have more resources and still can't fix it. Help us; don't sink us.