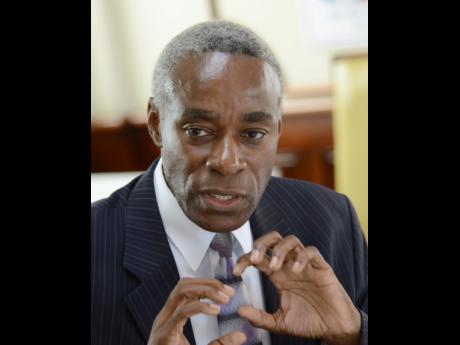 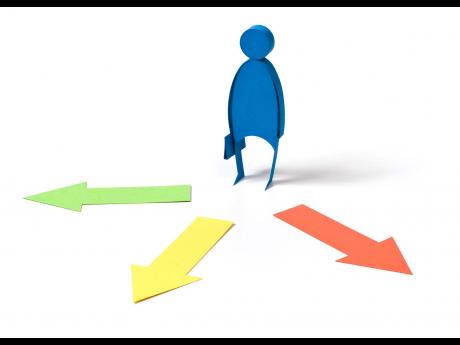 All over the world, governments are focusing on transforming, reforming, or modernising their public sectors to more effectively achieve what should be the fundamental goal of every state, which is to improve the quality of life of its citizens and residents.

Standard reform proposals include improved focus on areas in which Government adds greatest value to the society, decentralisation of authority to improve the speed and quality of decision-making, improved accountability with a focus on performance outcomes, reformed compensation structures in the direction of merit-based performance, greater levels of technological application, and alignment of the size and cost of the public service to the needs and capacities of societies and economies.

Jamaica has been in a reform process for more than two decades. The most recent inflexion points on Jamaica's reform journey can be traced to 2009 when Prime Minister Bruce Golding established the Public Sector Transformation Unit (PSTU), led by Patricia Sinclair-McCalla, whose work was overseen by the Consultative Monitoring Group, chaired by Peter Moses; and 2014, when Prime Minister Portia Simpson Miller established, under the operational leadership of Veniece Pottinger Scott, the Public Sector Transformation and Modernisation Programme, which represented an amalgamation of the PSTU and the previously established Public Sector Modernisation Division.

SIZE NOT THE ISSUE

At both of these inflexion points, there were calls for Government to cut the public sector down to size. Both administrations resisted these calls. The technocratic units established as catalysts to the reform process supported both political administrations in rejecting job cuts as the main agenda and output of this process. Indeed, as seen in the table below, Jamaica's principal public-sector reform challenge is not the size of the public sector.

Note that Jamaica has the smallest public sector as a proportion of the labour force (employed and unemployed) of the countries in the grouping. It is notable that this group includes New Zealand, which is widely acknowledged as the country that has been boldest in reforming its public sector.

For example, in 2012, the average ratio of the public-sector labour force to the total labour force among countries in the European Union was 16 per cent, and the average wage bill-to-GDP ratio in these countries was 11 per cent. In that same year, Jamaica also had an 11 per cent wage bill-to-GDP ratio, but in Jamaica's case, this ratio covered only 9 per cent of the country's labour force. See European Economy: Government Wages and Labour Market Outcomes, April 2014 at http://ec.europa.eu/economy.

But Jamaica's public servants are not well remunerated in absolute terms. Remuneration levels in the Jamaican public sector are significantly below the levels that obtain in other countries with which Jamaicans are very familiar. Jamaica's relatively high wage-to-GDP bill occurs not because Jamaica's wages are high, but because Jamaica's GDP is low as a consequence of the economy growing at a very slow pace over the last four decades.

Further, Jamaica's public servants are stretched, and stressed, because there are fewer of them than is the case in other countries, and many, whether in the areas of law enforcement, health, education or the central public service, are confronted with significant challenges and limitations on the availability of support services and goods. Wage restraint is not a sustainable strategy under these circumstances.

For many years, in the absence of adequate current earning capacity, Jamaica borrowed from future earning capacity to pay public servants, pay off liabilities of the State which, in some cases, were only recognised long after they were created, and respond to national catastrophes. Jamaica has borrowed so much from future earning capacity, which earnings did not materialise, in part because of the disincentives to growth created by too much borrowing, that in 2013, it had one of the world's highest debt-servicing obligations and the Government of Jamaica was on the precipice of being closed off from international and national capital markets.

Because the majority of Jamaica's debt is held by Jamaican individuals and institutions, debt default would trigger a particularly debilitating, and immediate, financial and economic crisis.

The small economy of Jamaica cannot grow at reasonable rates if domestic and foreign investment is not attracted and trade is not expanded. While private capital is best positioned to drive the processes of investment and trade, the public sector has a critical facilitatory role to play.

A second transformation priority is improvement in customer service, effectiveness, and efficiency of the public sector. The objective is that every citizen of the country sees an ongoing process of improvement in his or her interaction with the State, with all public servants seeing their roles as seeking to improve the quality of life of all.

The focus on improvements in effectiveness and efficiency of the public sector requires, at all levels, a performance-based, goal-oriented approach that is driven by the achievement of outcomes and not the engagement in activities. Improvements in customer service and the efficiency and effectiveness of the public service have to be enabled through a broad embracing of technology across a technologically joined-up public sector.

A third priority of transformation has to be the judicious management of the cost of the Jamaican public sector in light of the country's current circumstances. The judicious management of cost ought not to include as an objective the reduction in the size of the public sector, but rather, a continued alignment of public service cost with economic capacity. This would happen with a renewed focus on releasing resources through the narrowing of the State's activities to those operations that can be administered by no other sector.

This focus must also continue to be extended to identifying areas of operational cost reduction to facilitate the reallocation of resources to the areas most likely to assist in economic growth and the improved quality of life of the citizenry. This will increase the probability that the entire public sector will be able to benefit from adequate and sustained remuneration levels and resource availability in furtherance of the public sector's goal of enhancing national welfare.

These are the priorities of the current public-sector transformation process in Jamaica. There have been achievements in each of these priority areas, but much more must be done right across the public sector.

- Alvin Wint is an economist and deputy chairman of the Public Sector Transformation Committee. Email feedback to columns@gleanerjm.com.