John Rapley: How Hillary might win the battle but lose the war 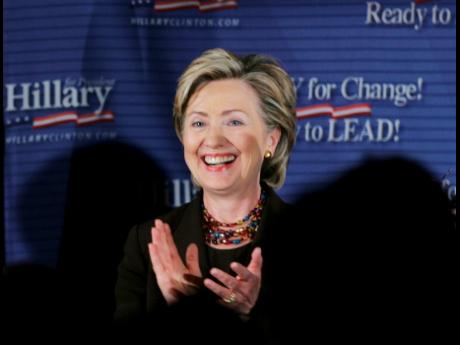 AP
Democratic presidential candidate Hillary Clinton is hoping her second run for the White House will be successful.

Just as Donald Trump will, despite his gravity-defying popularity, fail to get the Republican nomination, so, too, will Hillary, despite her multiplying problems and sinking popularity, almost certainly be the Democratic nominee in next year's US presidential election.

Earlier this spring, it emerged that while she was secretary of state, Hillary Clinton used a personal computer server to conduct department business, some of which was classified. She insisted she did nothing wrong. But last week came news that, in fact, Clinton may have broken the law, triggering the launch of a formal investigation. This means the issue will remain front and centre for the foreseeable future, giving her opponents plenty of ammunition to say Hillary would abuse office if she were president. It doesn't help matters that she and her husband seem to mix business with pleasure so freely, raising private money from clients who were affected by their official decisions.

Yet out on the Democratic hustings, Hillary's support appears solid, even if grumbling is starting. Of her current challengers, only Bernie Sanders is within spitting distance of her. He is drawing large and enthusiastic crowds, and polls now suggest he could even win the New Hampshire primary.

But Sanders is like a distance runner who sprints off the start line but runs out of breath halfway through the race. Places like New Hampshire are the heartland of his base: white liberals. Once the campaign moves into the southern and western states where black and Hispanic voters begin to matter, he will struggle to keep his momentum.

Meanwhile, talk that Joe Biden might enter the race is probably just that - talk. Even if he throws his hat into the ring, he will start so far behind Hillary in fundraising and organisation that only an outright collapse by Clinton would give him a chance. No, barring a truly shocking development, Hillary Clinton will be the Democratic nominee for president.

The problem for her, and her party, is that problems will probably just keep following her throughout this campaign. When the email story first broke, it struck me as one that could be easily put aside with a bit of candour and humility. Instead, Clinton reverted to what is apparently the family form: obscuring things, blaming the messenger, and spouting legal niceties that might sound good to lawyers but carry little weight with the 99 per cent of the population who don't earn their living in courtrooms.

That was the bigger concern: that the Clintons haven't changed. When it comes to their opinion of the Clintons, there is what can only be called an 'ick' factor that enters into Americans' calculations. Right now, the factor is rising.

As the scandal wears on, Hillary's approval and poll ratings have been taking a hit. In head-to-head matchups with various Republican contenders, she's losing ground. At the start of the Republican campaign, she enjoyed comfortable leads over all the candidates. Now, even the unpopular (with most Americans) Donald Trump is approaching the margin of error.

It will be impossible to say whether her problems will sink her presidential prospects. Much will depend on who the eventual Republican candidate is, and on the campaign he or she runs. But with Donald Trump drawing so much attention to the Republican race, and with the Republican candidates all getting lots of good sparring practice, the danger might be that the eventual winner steps into the ring lean, fit and with an energised crowd. A lot of Hillary's posse, on the other hand, may by that point be reduced to a nasal whine since they're holding their noses so tight.

But love her or not, the Democrats appear to be stuck with her. Early on, for whatever reasons, the party Establishment decided that it was Hillary's time, and threw all their resources behind her. They may now regret that decision, but it's probably too late to reverse it.

- John Rapley is a writer and academic based in London, and author of The Money Cult (Simon and Schuster, 2016). A long-time Gleaner correspondent, you can follow him on twitter @jarapley and at https://brixtonsubversity.wordpress.com/. Email feedback to columns@gleanerjm.com.