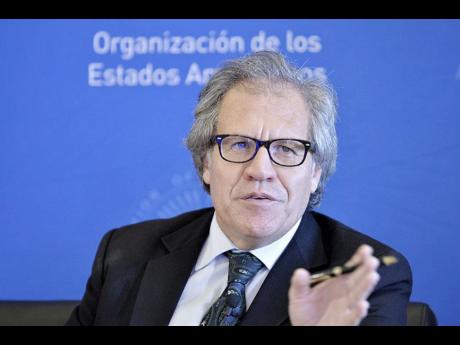 Behind the electoral observers wearing vests emblazoned with the logo of the Organization of American States (OAS) who work to ensure the free exercise of the sacred right to the vote lies more than half a century of experience, of lessons learned, and an internationally recognised level of excellence.

In fact, OAS electoral observation missions (EOMs) are a public good for the Western Hemisphere.

From the European Union and the Organization for Security and Cooperation in Europe (OSCE) to the African Union, the Carter Center and IDEA International, there is agreement that OAS electoral observations use the highest standards.

The deployment of 227 EOMs in 27 countries since 1962 - many of them bringing certainty to unpredictable situations - is evidence of an unquestionable brand known for independence and professionalism.

And the demand for electoral observation services has increased exponentially since the incorporation of regional, municipal and communal elections, in addition to national level elections. During the balance of 2015, there will be at least seven more EOMs in the hemisphere.

The chiefs of mission that I have chosen to lead our efforts are always recognised political figures with a demonstrated capacity for dialogue - often former presidents or foreign ministers supported by experts in various disciplines and observers of various nationalities with pluralistic visions.

When the OAS deploys an EOM, it does so at the invitation of a host state, and we have received requests from countries from across the political and ideological spectrum; further evidence that professional qualifications matter more than anything else.

The value of the OAS seal of approval is as important in the observation of absolutely predictable elections as those with uncertain results. Our missions collaborate with electoral authorities and political parties to facilitate normal electoral processes and act according to the political and cultural circumstances of each country.

The OAS is there to contribute to the holding of fair, reliable and transparent elections.

That is why governments commit themselves, both publicly and in writing, to guarantee the independence of the work of the missions. The documents signed by the OAS and the national electoral authorities ensure that the technicians and observers have the freedom of movement and access to information to have a balanced and global vision of the election.

The criteria of the EOMs are based on the OAS Charter and the Inter-American Democratic Charter and are publicly available.

The missions also apply multiple methodologies - also publicly available - during their observation to address issues ranging from the logistics of the organisation of the election to the technology used for the transmission and publication of results, campaign financing, the participation of female voters and candidates, Afro-descendants and indigenous people, and the role of the media.

It is a comprehensive view of the electoral process - before, during and after - that evaluates the variables of inclusiveness, fairness and the competitiveness of the process.

The work begins before the mission's deployment, with an analysis of the host country's national regulations. On the ground, days before the election, experts and observers visit the vote-counting centres, attend campaign closings, and compile information in dialogues with authorities and technicians from the electoral organisations, government and opposition actors, candidates, civil society and the international community.

On election day, the direct observation will note whether or not the voting centres open on time, whether all necessary voting materials are available, if there are voting officials and/or members of the security forces present, and whether the ballot boxes are located in such a way as to protect the secrecy of the vote. The observers will also witness the vote count and the preparation of voting records by voting centres.

The work of the missions is complex and delicate, guided by democratic principles but also seeking to facilitate consensus and dialogue in complex situations. They are, in the end, a public good with just one owner, the countries of the hemisphere.

- Luis Almagro is the secretary general of the Organization of American States. Email feedback to columns@gleanerjm.com.