Basil Jarrett: Old boys man up to the task 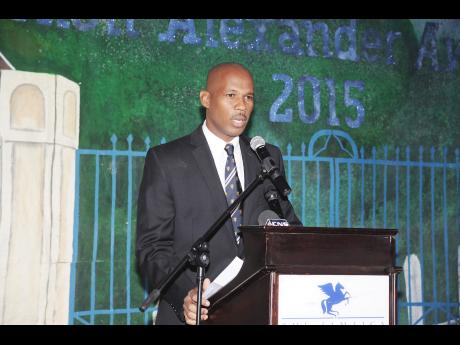 Yesterday, the 51st staging of the annual Roper Cup Competition between St George's College and Kingston College was held at Sabina Park. Keen followers of this tournament would have noticed that in addition to the traditional clash of colours between Light Blue and Purple, there was also an odd splattering of Dark Blue and Green and Black dotting the Sabina landscape.

As part of their 90th anniversary celebrations, the old boys of Kingston College petitioned their brothers from across North Street to make an exception to this year's competition by inviting the old boys of Jamaica College and Calabar High School to participate in a one-off football match at the tournament.

This is the latest event in a recently initiated alliance between the old boys of JC, KC and Calabar. Its goal is simple: to preserve the heritage, culture and contribution to national development that traditional boys' schools have made to Jamaica over the years, through collaboration and mutual support in education and development.

It is part of a movement that is bigger than each of us individually and bigger than Jamaica College, Kingston College and Calabar High School combined. It has national implications that we ourselves probably aren't even fully aware of as yet.

In recent times, the future of all-boy schools in Jamaica has come under scrutiny. There have even been calls for all-boy schools to be scrapped from the national landscape. In fact, several traditional boys' schools (St George's College, Cornwall College and Munro College) have already began to formally enrol and admit girls. The argument has been that no young girl should be denied resources and access to a high-school education.

Interestingly enough, however, none of the top-performing girls' schools are even toying with the idea of admitting boys as part of this levelling of the playing field. For various reasons, there continue to be a widespread, systematic marginalisation and emasculation of our boys, a process that is driving more and more of our men out of their rightful place in society.

Now let me emphasise here that this is not an anti-female/-girl/-woman agenda. This isn't a call to tear down or retard the important strides that our daughters, sisters, wives and mothers have made over the years. We are not against girls or women gaining and attaining higher levels of education and upward social and financial mobility. Absolutely not.

The aim of this collaboration, therefore, is to assist our boys in achieving parity with their female counterparts, step up their game, and reassert themselves as fathers, husbands and leaders that our women will be proud to stand beside.

What we, the old boys' associations of JC, KC and Calabar, are doing is historic and revolutionary and must be applauded and supported. It goes far beyond simply hosting joint fundraisers and sharing ideas and tactics to improve classroom performance.

NO PLACE FOR ENMITY

Rather, it is demonstrating to those generations of JC, KC and Calabar boys that are yet to come that friendly rivalries aside, we have a massive role to play in deciding the future of this country. There is no place for enmity, hostility or petty squabbles based on school colours, or from a national perspective, party lines or class biases.

This tripartite partnership has already begun to bear fruit: Calabar is cultivating among their boys a healthy understanding of science and robotics by consulting with us and gaining from our experience in the field. Kingston College is learning how to implement and execute capital-intensive projects at their campuses, and we at Jamaica College are benefiting from KC's insight into building a stronger, more visible and more vibrant old boys' network.

Important, too, all three old boys' associations have agreed to collaborate on efforts to improve the academic ranking of the schools, on protecting their individual trademarks and brands, as well as ways to exploit economies-of-scale advantages to produce merchandise jointly. By coming together in this way, we are finding out that, indeed, we have more in common than that which divides us.

These are just a few examples. Many others abound. But in essence, the entire country wins because we genuinely believe that when traditional boys' schools begin to retake their position as bastions of academic, sporting and disciplinary excellence, we would have taken a huge step towards solving some of the ills of this great country.

- Major Basil Jarrett is a soldier and president of the Jamaica College Old Boys' Association. Email feedback to columns@gleanerjm.com.