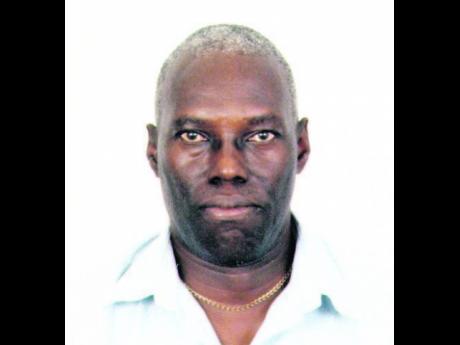 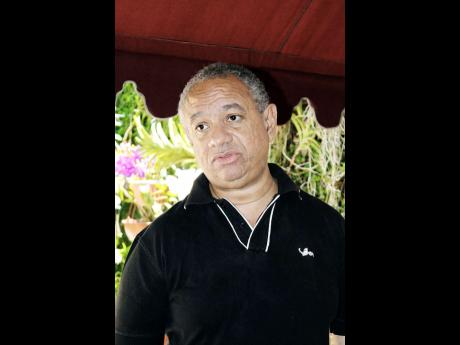 The level of arrogance of Gordon Robinson is matched only by the exhaustive extent of his knowledge deficit in handicapping, claiming and promotion of horse racing.

This debate commenced when Gordon wrote that he stopped listening to 'Out of the Gates' presented by Ainsley Walters and myself at 6:30 p.m. on Power 106 FM prior to racedays.

Assertions we are "uninformed" demanded a response lest the sponsors and those relying on our credibility question our professionalism. The implication here is that the programme is useless, as we don't have the requisite knowledge on racing matters.

Gordon has influence and is highly skilled at the pretence of being knowledgeable. This is how "writing rubbish", which is his speciality, can affect us, but he claims not to understand.

Inventing the expression "knowing nothing about anything" could never be attributed to me, as he claimed in the embellished July 26 column. I speak and write comprehensible English.

My "accusation" of his "failing to understand anything about horse racing" has to be at least 99 per cent true. I referred to his inability to understand handicapping, racing promotion and now the claiming system.

Gordon cited an apocryphal example of a corrupt handicapper understating a winner's performance, then saving to bet.

Handicapping classifies population, and based on results, the form in each race equalised. Leniency in the rating adjustment of a winner means all starters would have to be treated similarly.

Departure from the methodology will yield inexplicable weight anomalies with other horses in the class and raises questions concerning handicapping integrity as well. In any event, oversight and appeals are a mandatory part of the process.

Gordon's insistence that corrupt handicapping systems abound is fictional. Nothing of the sort exists anywhere, and I challenge him to cite examples in response.

Embarrassed, his myth of corrupt handicapping was debunked; Gordon predictably ignored my challenge to publish his understanding of the methodology.

Feeling inferior to my "imagined talents", he gets personal and suggests I behave as if I am the only one who understands handicapping.

I have never even pretended to be, but Gordon and his "teeming hundreds" who "demanded an end to handicapping in 1992" are clueless.

Not surprisingly, Gordon, who simply does not have a grasp of the methodology, is arrogantly and subtly trying to be dismissive of my weekly published handicap ratings. Back in my competitive fourth form, this would be deemed "knowledge envy".

Whether he chooses to believe it or not, the ratings represent an accurate classification of the horse population. A change to this handicap system would be worth countless millions more in sales.

Incidentally, the system, as well as the offer to train others, was offered to the previous and current Caymanas Track Limited (CTL) boards at no charge.

Gordon has a theory: "A claiming system is introduced into horse racing for the sole purpose of permitting connections to self-handicap their horses."

This is a confused and 'terrible touting' of misinformation. Connections are able to classify by claiming tags and not 'self-handicap' their horses. Handicapping does not apply. In claiming races, weight allotments are predetermined by sundry conditions, including age, sex and prize money.

Gordon continued, "Claiming tags are natural counterbalances against an owner underhandicapping his horse (too low a tag) to land a gambling coup since the sanction is that he loses his horse."

This is a very weak point. Horses perceived to be underclassified are usually very short-priced favourites and attract multiple bids anyway.

Operatives are about profit or cash recovery, and not necessarily seeking to retain ownership of moderate or flawed horses. These horses were either never, or are no longer, good enough for non-claiming races and are usually beset by other problems.

Gordon posits more nonsense: "We don't have a claiming system (properly so-called) and our 'claiming' system is really a 'selling' system." He is wrong as usual.

We definitely have a claiming system, with five classes ranging from $180,000 to $550,000 and condition races similar to America's. In addition to lack of knowledge of handicapping methodology, Gordon also has problems understanding claiming.

Claiming, developed in the United States in 1930 and having gained acceptance by 1935, is backed by numerous racing facilities, a massive breeding industry, and opportunity (pin hooking ... buying and selling) for making profit.

In the pre-computer age, it was impossible to keep track of performances of around 30,000 horses. With non-existent form-line information, wagering confidence waned. Authorities then allowed trainers to value horses for classification in an effort to improve the confidence of the punters.

Gordon's foolish notion of 'churn effect' by giving greater returns to punters to increase sales is counterproductive in Jamaica. His rationale - that it works elsewhere - ignores economies of scale. For example, the New York Racing Association has 312 racedays annually; CTL has only 77 scheduled for 2015.

A limited average of $30 million per raceday cannot churn to $50 million. A competitive programme is what will induce customers to expend their finite collective quantum of funds.

Pick three through nine and exotic wagers account for enough of the sales returning large payouts to a small minority to render any attempt at churn effect non-productive.

Churn effect, tried prior to 2011, ended when Raphael Gordon assumed chairmanship and deemed this notion of selling below cost exacerbated financial losses.

Claiming is the sole disease causing racing's decline. It generates financial losses. Other problems are only the symptoms. Debt now stands at J$1.1 billion and divestment is not nearly as attractive a proposition as Gordon thinks.

From January 2012 to December 2014, CTL presented 2,391 races. Eight hundred and ninety-five had odds-on favourites. Another 487 had favourites offering odds from evens to 6/5, totalling 1,382, losing an average of 20 per cent of promotion cost. This cannot occur operating a genuine handicap system.

CTL board tries. Gully Bop, Gordon's favourite artiste, performed, telephone accounts established, bookmakers deploy tote machines and loan facilities for stakeholders are on stream. Despite this, only an inadequate increase in average daily sales, mainly through simulcast, has been realised.

My impolite engagement was to irk and bait him into exposing more of his knowledge deficit. This is precisely what has occurred.

The endorsement of my work is gratifying coming from the many people who are of greater importance and infinitely more knowledgeable than Gordon will ever be.