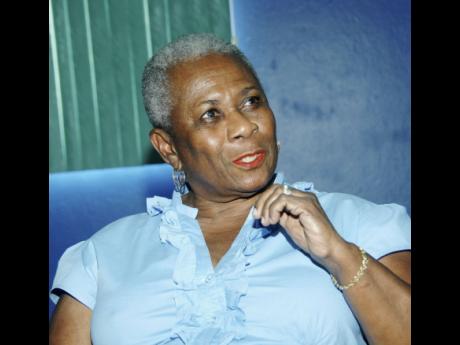 "Only the blind would not see that elections are on the horizon," says the minister of finance, Dr Peter Phillips, last week (TVJ newscast). He must be right, for merely a week earlier he was advising a gathering of party faithful in rural Jamaica to "put a little oil in your lamp, for you know not the time, you know not the hour".

And Dorothy Pine-McLarty, chairperson and long-standing member of the Electoral Commission of Jamaica (ECJ), has said that the Electoral Office of Jamaica (EOJ) had already received $400m of the estimated $1.6 billion that will be required to run the next election. And not to be outdone, House Speaker Michael Peart is reminding everyone that the vacancy for a political ombudsman needs to be filled before the next election. And the Opposition JLP is in a frenzy trying to make itself electable before it's too late. In fact, there is a view that the only thing separating us from the 'fly di gate' announcement is the signing of the outstanding public-sector wage agreements.

The governing PNP, it would appear, is hell-bent on exploiting to the fullest the leadership crisis within the JLP. No time for 'dibby-dibby' local government elections now. Postpone them for 18 months (or forever if needs be), but waste no time in going for the big prize - a spectacular general election victory. Forget the cost and the competing national imperatives. Just run wid it!

In the unfortunate absence of fixed election dates in this country, political expedience has always dictated the dates on which elections are called. In 1983, Edward Seaga, then prime minister, most famously sacrificed two years of his first term in office to avert a looming 1985 defeat at the polls. He was thereby able to secure a second five-year term for the JLP. Nevertheless, there is something particularly perverse about any resolve to use that ploy this time around.

Jamaica was never ever really in a position to afford the luxury of hugely premature elections but, at no time, less so than today. Today, it is not just about the hazardous roads to be fixed, or the hospitals to be better equipped, or the secondary/tertiary education to be made affordable to all, or even that the perennial water shortages cease, important though these are. It is about the rescue of a lost generation, the stemming of the rising level of anger that is driving the murder rate and threatening to consume the entire society.

It is more than time that all the resources that the country can muster be urgently directed at addressing that problem. This demands political will, time and money - money that we are now preparing to fritter away on an election not nearly yet due.

The amount of $1.6b is what the next election could cost, according to the EOJ. Add to this the indirect cost associated with the productivity loss inherent in the mandatory three-hour voting time off to workers, $10m to the political ombudsman, and the influence-peddling campaign contributions from the private sector and the figure could exceed $4b.

The funds to be freed up by not having an unnecessary election are substantial. But who cares? Certainly not the media houses, not the private sector, not the Church.

Then there is this matter of election twinning - the holding of both general and parish council elections on the same day. When I suggested this in my guest column 'Campaign financing scam' (Sunday Gleaner, September 28, 2014), I had no idea the procedure was already being successfully practised in some jurisdictions. In February, however, I heard Dorothy Pine-McLarty disclosing (TVJ News) that she had observed the system at work in South Africa, and that country had managed to save two-thirds of an election cost by the joint holding of both elections.

And more recently, government MP, Dr Winston Green, shared with Gleaner readers (June 30, 2015) his experience observing a similar procedure at work in the British Virgin Islands, outlining the relatively simple steps that Jamaica would need to take to have the system replicated here. But has anybody heard, and, if so, does anybody care?

Despite the country's harsh economic realities, and except for the measured support reflected in the Gleaner editorial of the 7th instant (no doubt evoked by Mrs Pine-McLarty's most recent pronouncement that she planned to prepare a paper on the subject), the issue has curiously failed to gain any traction and seems destined to slip into obscurity.

Dr Green would do well to enlist the services of his more colourful parliamentary colleagues to ensure the message remains alive. He should have MPs Dayton Campbell, Peter Bunting, Ronnie Thwaites and Ian Hayles deliver the following script from the platform of their next constituency conference:

"Yow, Comrades, dutty Labourites, john crows, leggo beasts - Comrades all. Greetings. There is a plan afoot to reduce the number of elections from five to two every 10 years. This mean that when nex yu go to di polls, yu gwine tek one stone and kill two john crows ... oops, birds. Unuh gwine vote for unuh MP and parish councillor on two different ballots as usual, but unuh gwine do it on the same day now. Dat way, nobaddy nuh haffi come badda yu again for another five years. Dat way wi can save big bucks, Comrades - bout $12 billion. Just imagine dat, Comrades - $12 billion! We could use dat money to create more jobs, more water and more security. Just think of it, friends - a reservoir and a police station in every community!

"The Most Hon. Prime Minister will be making an announcement soon. No, no no, not that announcement. An announcement about the plan! Look, Comrades ... yu faget sey is only prime minister can call election? Unuh hear har saying anything? Nuh badda listen to all dem rumours circulating bout election soon call. Some a di rumourmongers dem chat so much, dem have enough water eena dem mout corner to fix di water-shortage problems of this country. Yu si wey me a sey, Comrades?

On this proposition for twinning the elections, Prime Minister Simpson Miller has an opportunity for exercising transformational leadership. She should grasp it with both hands.

- Olive Nelson is a chartered accountant. Email feedback to columns@gleanerjm.com and olivescottn@gmail.com.