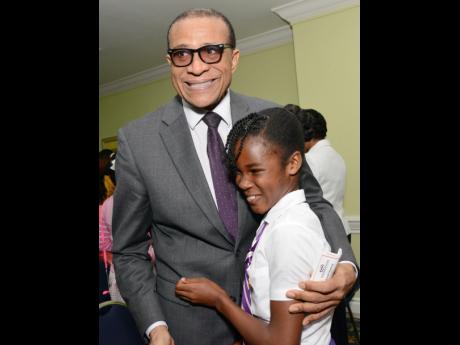 September morning is here again. And they are back to school. Not only to books and government-provided tablets and classes and exams to fail and pass and to underpaid and often undereducated teachers. But to resume gangsterism and sexual activity and violence and burning weed.

The leggo beasts, which political correctness forced the minister of education to unlabel as such after putting up resistance, will be out in their numbers, and they are not few, alongside better-behaving peers working hard and heading for passing performances. The UN world average for class time actually spent on teaching and learning is 85 per cent. In Singapore, it is 91 per cent. We are down at 61 per cent, the minister told us.

The annual debacle of GSAT placement in secondary schools is now behind us. Youngsters on this September morning will rejoice in having got their pick of school, or having got transferred to a better school through all kinds of deals, or have accepted their placement lot, encouraged by politico-speak to bloom where they are planted.

Changing the exam won't change the system. We did that with the Common Entrance. Zoning of schools will only compound the placement problem and set off parental (i.e. voters) rebellion. The problem is the very uneven quality of secondary places, a product of our history and politics, particularly the politics of poverty.

The vast majority of secondary-school leavers are completely unfit to graduate, despite those elaborate cap-and-gown school-exit ceremonies gone and yet to come. The United States, with far from the world's best education system, celebrated a high school graduation rate of 81

per cent for 2013. Those graduates had earned a cross-country standard high-school diploma certifying at least minimum competence in a core secondary education. We haven't bothered to develop a national standard high school diploma. We depend on CXC to 'certify'.

If five subjects, including English and mathematics, stand in for the non-existent high-school diploma, only 38.6 per cent of those who sat CSEC at all in 2014 achieved a graduation diploma. The Government had set an unambitious 60 per cent target to be achieved by 2015.

But even 38.6 per cent with five passes is a celebration-worthy achievement. The National Youth Policy, 2015-2030, Green Paper, which was recently tabled in Parliament by Youth Minister Lisa Hanna, says it is only an average of 17 per cent of students in the full grade 11 cohort passed five or more CSEC subjects, including English and maths, over the period 2010-2014.

The dirty number that is usually cleverly kept out of the ed stats is the 34 per cent of the full grade 11 cohort that don't get to sit and fail CSEC at all because they are not sent up by their schools being judged too weak to bother. When this number is taken into account, that 38.6 per cent of actual CSEC candidates who pass five or more subjects with English and maths crashes back to Hanna's 17 per cent or full cohort, or close enough.

Even when City & Guilds, NVQ, and other non-CSEC things are thrown in at the minister's insistence, we still have a huge performance problem. Of the 40,000-strong grade 11 cohort, only a small proportion sit these alternatives to CSEC. It's a national disaster costing a big chunk of the annual Budget spent on education, the single biggest chunk after debt. Some $78 billion this fiscal year, 2015-2016, or 12 per cent of Budget.

While the minister was apologising for his very accurate leggo beast comment, the ministry was sending metal detectors into every secondary school. And public policy was busy gunning for deans of discipline to be granted the police powers of the district constable. There are already police personnel in schools masked as school resource officers (SROs).

Gangs of boys, and of girls, are flourishing in schools right under the minister's nose. And when bullying came up on the media radar last school year, it turned out that not only anti-homosexual bullying was involved, which the minister inveighed against, but counter-bullying by homosexual cliques terrorising other students. And all this while we thought school, especially for youngsters below the age of consent, was a sex-free environment.

Government is pushing to establish STEM academies to drive improved performance in science, technology, engineering and mathematics. The protest of the arts fraternity has transformed STEM to STEAM, with the arts inserted right there in the middle. So it's back to a standard school curriculum which every child should master. A grand rollback, or more a roll-forward, before a single STEM academy has opened its doors.

Remember technical high schools? Comprehensive high schools? Agricultural high schools? And, more recently, the proposed academies as centres of excellence, with Belmont in Westmoreland the first? When are we going to cut the experimentation and deliver a standard rounded curriculum to all students at which 81 per cent or more of them will succeed at the secondary level?

The foundational math and language are in shambles, despite some recent advances in performance. Remediation, all the way up to tertiary level, is sucking off perhaps 25 per cent of the Education budget in my rough estimation. It may be more.

The schools at the secondary level reopen with the three-card trick of fees played again on them by the Government. The poor schools can only draw bad cyaad: collect auxiliary fees in a 'free education' system with severe resource shortage to help your operations, but don't turn any child away who does not pay, they're told. And whatever you do, don't look to us to make up the difference.

But in a weird kind of way, higher output of employable graduates from the education system is a danger and a waste. According to the latest tracer study of UWI graduates, Government itself, led by the ministries of education and health, remains the largest employer of graduates of that university, absorbing 60 per cent. This is quite a powerful index of a sick economy. And quite a few graduates now sit at home for protracted periods of unemployment.

With the Government not employing and seeking to cut the public-sector wage bill under IMF strictures, and the stagnant economy militating against substantial growth in private sector employment, the country doesn't need all the graduates it churns out at large state expense. Thank God for the escape route of migration.

In any case, however the numbers are diced and sliced, we have a relatively poor return on investment in education. We hope the schools remain quiet enough this school year to allow the minister of education lots more quality time to reflect on the state of the system and how to really fix it instead of having to do so much rushing around to out fires and to dry tears.