Why can’t the economy grow? 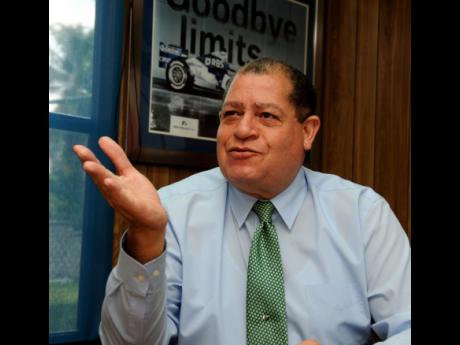 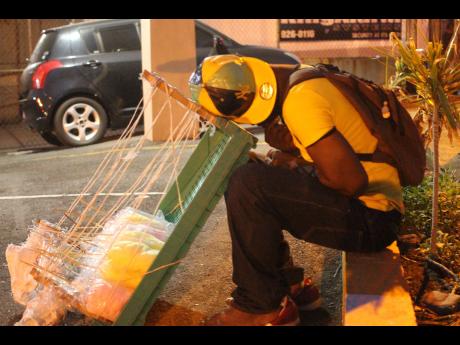 Anthony Minott
Anthony Minott/Freelance Photographer A cotton candy vendor seems to have had a long night as he was spotted asleep outside an entertainment venue in the Corporate Area. Guest columnist Audley Shaw says the Government has fallen down on its growth initiative.
1
2

During the parliamentary debate more than a week ago on the new regulations under the Banking Services Act, I made the following points:

1. The growth in the stock of commercial bank loans to the private sector slowed last year to 4%, down from 11.1% in the previous year and down from an 8.4% average growth over the past five years.

3. Despite lower BOJ rates, the commercial banking system continues to require spreads of 12-14% between deposit and lending rates. This is four times the average in the developed world and twice as high as the regional average.

4. Not surprising, I noted that while total private-sector credit is 30% of GDP in Jamaica, it is 196% of GDP in the United States.

All this means that the prospects for low-cost credit to drive investment, expansion, economic growth and job creation are rather bleak indeed.

I, therefore, called for a relook at the role of the financial sector in providing credit as a means of stimulating aggressive economic growth in the economy.

Of interest also is that in the last two Budget Debates, I offered a raft of growth-inducement strategies which have mostly been ignored by the Government.

These included a revitalisation of JAMPRO, financial-sector reform to sharply reduce the cost of money to the productive sector, a recapitalisation of the EXIM Bank, reinstatement of original conditions of the Junior Stock Exchange, reduction of transfer taxes and stamp duties, review of the fiscal incentives regime to be more competitive, offering of investment tax credits to foreign investors to retain a portion of their profits for reinvestment in Jamaica (The Gleaner editorial referred to this as an "interesting idea"), development of downtown Kingston as a nearshore financial centre, development of the Caymanas Economic Zone, establishment of an expanded formal overseas employment programme, and ramping up of skills training at the HEART/NTA.

These were just a few of the 30 proposals we made over the past two years, yet some have suggested that the Opposition has not put forward alternative proposals to return our economy to annual growth rates of 6% and higher.

Now add to all this further hostile action against the private productive sector, in the form of additional taxes disguised as tax reform.

These include the minimum business tax, the asset tax, the new 3% withholding tax, and a new transfer pricing bill now before Parliament that might further militate against investor confidence among our foreign investment stakeholder community.

All these are being imposed while the minister of finance simultaneously puts transfer tax and stamp duty back to 6% (recall I had reduced it from 7.5% to 4%) and is busy dismantling the Junior Stock Exchange, which raised more than $10 billion and started major expansions in production and employment (i.e., LASCO's iCool drinks are a direct result of a $2.0-billion expansion that was spurred by an initial capitalisation from the Junior Stock Exchange, which I established). Now the incentive has been cut and the programme is set to be abolished by next year, all because the International Monetary Fund (IMF) says the incentive is "too generous".

How foolish of the minister to slavishly follow such a stupid and whimsical opinion from the IMF!

We lost nothing from giving the tax-free-on-profit status. We gained industrial expansion, incremental job creation and import substitution with the potential for export expansion from LASCO alone. An analysis of the other investments listed on the Junior Stock Exchange will show similar benefits.

Survey the incentives now being offered by New York State and other cities and states of the United States and you will see that our incentives are not as generous as theirs.

On property transactions, the conveyance lawyers tell me that at 4%, the volume of transactions had sharply increased, and at 6% it has slowed down again. Equally, when I cut death taxes from 7.5% to 1%, the Administrator General's Department now reports a much higher volume of estate settlements as families can afford to upfront 1% versus 7.5%.

Dr Phillips and the People's National Party (PNP) are old socialists that just do not know how to stimulate and induce the real economy into real growth from real investments that create real jobs and improve real personal incomes and create real prosperity and lift the real standard of living in our country.

The consequences of their stewardship are now manifestly clear with no growth in the economy over the past four years, deteriorating social services (see health care, water, garbage collection and poorly maintained roads), higher unemployment than 2011, higher poverty level since 2011, and a savage devaluation of 36% since 2011 without a world crisis plunging everyone's ability to buy basic items for everyday living. Public-sector workers were even offered to take an insulting wage increase of $4,000 per month, which can only buy one meagre chicken per week and cannot buy a patty a day, since the latter costs $140 and the increase amounts to $129 a day.

What a parlous state of affairs? Yet some who are happy to purchase bonds at 7% (no matter that we gave up 1% money and will in the long run pay out more in the PetroCaribe discounted deal) say they are confident in the finance minister. Sure. While they laugh all the way to the bank, look at what we also gave up in the deal.

Can you imagine what it would do to stimulate investment, expansion and job creation if we had converted that US$1.5 billion in discounted debt to a barter arrangement with Venezuela whereby the PetroCaribe Development Fund purchases a wide range of commodities like cement and aggregate and gypsum and clinker and processed foods and drinks, etc., from local manufacturers (like Cement Company, Grace, Musson, Wisynco, LASCO, Wray & Nephew, Red Stripe, to name a few, including opportunities for small businesses) and export it to Venezuela to pay down its debt? This option is in the PetroCaribe Agreement, which we have squandered even as we celebrate 10 years of the fund's existence.

Please ponder and think on these things. Oh, for a sense of pragmatism and a need to return to productive activity! Oh, for a return to the halcyon days of annual 6% growth in the 1960s and 1980s under the Jamaica Labour Party (JLP) Government!

Our failure to grow over the past two and a half decades is a direct result of the legacy of mismanagement by the PNP Government. In our brief sojourn from 2007 to 2011, despite inheriting 18 years of average growth of 1% per year and the worst global economic recession in 80 years, the JLP left US$2 billion in the net international reserves and US$2.8 billion in gross reserves, a stable exchange rate for two years, low inflation, single-digit mortgage rates (falling from 18% to 9.5% and the economy grew by 1.7% in 2011).

Let's not forget that it was out of the mismanagement of the 1990s by the PNP Government that the financial sector collapsed and the FINSAC crisis emerged, for which the minister has refused to pay $10 million to complete the commission of enquiry report.

Contrast this with the minister's willingness to guarantee between $400 million and $500 million to the West Kingston commission of enquiry, and while he is doing this, the Mandeville Regional Hospital reportedly has only eight functioning kidney dialysis machines out of a total of 14. Hundreds of Jamaicans are dying for want of kidney dialysis as we speak.

If we continue on this path of no growth and unproductive activity, history might well condemn us to repeating past mistakes.

Urgent action is required to drive real reform in private-sector credit, the public-sector bureaucracy, along with energy, if we are to extricate ourselves from these major structural impediments that continue to militate against competitiveness and growth.

The finance minister can learn more about growing the economy from reading this article than from his present attendance at a conference on sustainable economic development in China.

Let's keep the conversation going. Maybe, just maybe, more eyes will open before it's too late.