JDF pops up from kangaroo’s pouch 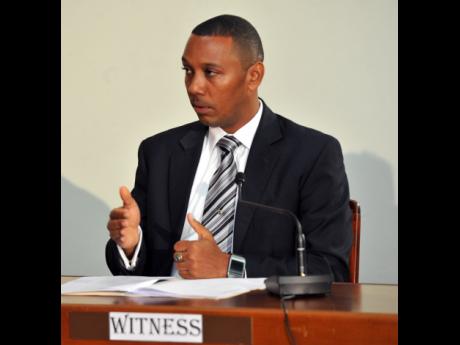 Slowly, but surely, the truth is coming out regarding what happened in Tivoli Gardens five years ago. For me, the major issue was that more than 76 civilians were killed and we still don't know who killed them.

Of course, with the distractions of the ubiquitous one-man Tivoli Committee, Lloyd D'Aguilar, one didn't want to believe his allegations. Well, I am unsure of what a political hack is, but I somewhat agree that it is like a kangaroo, because a little joey has been hiding in its pouch all this time and is now finally popping out to surprise all and sundry. A kangaroo never moves backwards but pushes forward fearlessly.

Since the retirement of Major General Stewart Saunders in 2010 and his subsequent appointment as permanent secretary in the national security ministry in 2013, I asked myself, why was there no objection from the Public Service Commission? True, human-rights lobby Jamaicans for Justice (JF) had raised concerns, but the protest had hardly been a strident one. After all, JFJ has often grumbled about other appointments in the security ministry and constabulary force, even when the courts have independently acted to exonerate or exculpate.

I even found it strange that former Police Commissioner Owen Ellington felt pressured to walk and take the rap for an operation that was ostensibly military; and the police, of course, went in afterwards, once the Jamaica Defence Force (JDF) had taken over the territory and suppressed the criminal elements who ill-advisedly took on the well-trained military.

Even commissioner of the Independent Commission of Investigations (INDECOM), Terrence Williams, whose remit also includes the probing of misconduct of the JDF, didn't seem to have a word. Interestingly, none of the

foreign governments that have had issues with our human-rights violations, use of deadly force and extrajudicial killings uttered a peep.

So, the question on my lips was, "What do they know that the public generally does not?" The fact is, the grand narrative of the Tivoli operations was that a rampant Jamaican security force - JDF and the Jamaica Constabulary Force (JCF) in tow - ran roughshod over the rights of the Tivoli residents and massacred 70-plus innocent people, as they went overboard in search of Christopher 'Dudus' Coke.

I recall earlier testimony that indicated that most of the bullets found in the bodies were not fired from firearms issued by the JCF. Moreover, former Prime Minister Bruce Golding did reveal that, although he did not wish to be quoted as accurate, his information was that some 20-plus members of the security forces were themselves injured, "some seriously". He said so more than six months ago.

So how come no one, apart from me, was interested in that testimony? Granted, he has had issues with credibility, but why didn't anyone think that the soldiers would have come under heavy fire and not just the symbolic one that entertainer Capleton chants down on Babylon?

Now out of the red kangaroo has jumped the evidence from the medical personnel of the JDF that 26 military men were injured, apart from Michael Green, the one named soldier who perished. Now, if more than 14 soldiers were disabled permanently by hostile gunfire from a lesser-trained and less-protected army, why wouldn't it be reasonable that the casualties on the side of the combatants engaging the JDF be disproportionate to those suffered by the army? Indeed, wouldn't it be a frightful prospect, and downright scary, if the men defending Dudus shot more soldiers than the number of casualties they suffered?

From the little exposure that I received to the capabilities of the JDF, and I'm sure Cadet Officer Williams can back me up on this, the JDF would have done all the necessary preparation, including wearing body armour of a higher grade than Officer Dibble, before entering Tivoli. By the admission of the senior personnel of the JCF, who have already testified, entering, taking and securing the well-fortified and armed-to-the-teeth Tivoli was well beyond the capacity of the cops.

On the face of it, the Tivoli militia did not have the same reality check as regards the JDF, which has weaponry commonly called 'boom'. But like the similarly named utensil that beats black pepper into powder and corn into 'asham', the mortar makes you wet your trousers like the pestle.

It seems very strange that the military casualties did not make frontline news from 2010. This would have thrown a completely different light on the operation. For 26 well-trained soldiers to be injured, despite wearing heavy-duty body armour, says that a 'battle mumma' was ensuing. Nothing points to a massacre at this stage.

Yet, we still have the troubling stories of masked and unmasked policemen taking away young men and executing them, after the soldiers had already taken control of the community. Given the history of human-rights violations when men in authority have guns and are in a state of 'war', it would have been unlikely that some didn't take place. Both soldiers and Tivoli civilians allege this. Therefore, these cases must get the fullest of scrutiny and investigation, and prosecutions if the evidence is courtworthy. To its credit, the JDF had already done its investigations and convicted and sentenced some of its own under its military laws.

Nonetheless, it is not impossible that some of the 70-odd persons who were shot in the back were killed in cold blood by the security forces. The problem is that the bullets are not government-issued ones. But even so, the UN's and local use-of-force policy allow for the shooting of persons who engage the security forces and flee with their armed weapons, especially if they do so under cover of darkness.

Yet, let us be patient, because although the kangaroo is born only a month after conception, it takes another 230 days before it emerges from its mother's pouch.