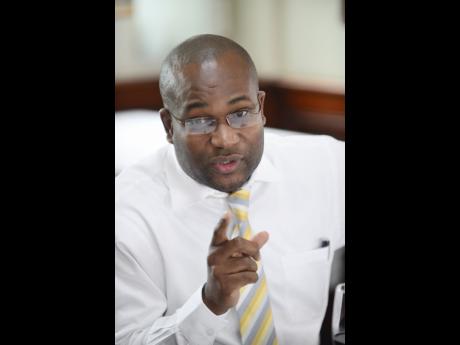 As Jamaica prepares to vote in either late 2015 or early 2016, it is clear that the economy will be a big agenda item in deciding who wins the confidence of the people to govern.

There is no doubt that Jamaica's current extended fund facility arrangements with the International Monetary Fund (IMF), is being managed judiciously and is bearing fruit in terms of bringing stability.

The IMF, in its ninth review, noted that the economy is on the right path. Hear the IMF: "... Programme performance is on track and structural reforms have progressed broadly on schedule. Macroeconomic fundamentals continue to strengthen. Inflation is at a historical low and the current account is improving, aided by declining oil prices. The recent upgrade in the credit ratings followed by the large international bond placement signalled improved investor confidence in Jamaica's reform programme."

However, while macro-stability is an important precondition for economic growth and development under the neoliberal agenda, merely having stability will not solve the harsh reality of economic growth and job creation, which are fundamental issues that can derail the programme in the very near future.

Put differently, the major downside risk to the programme, as it now stands, is the lack of robust economic growth and the high levels of unemployment in the country. The IMF itself observed that growth remains weak and unemployment needs to decrease further. This is a very important and sobering observation. For, despite the increased macroeconomic stability which Jamaica now enjoys, if the current economic managers cannot deliver on jobs and economic growth, they might be asked by the people to take a leave of absence from Government in the very near future.

Clearly, generating economic growth is not an effortless task, exacerbated by an inhospitable global economy that is now coming under threat given the slowdown in growth with China's performers over the last four decades.

It is no secret that since 1978, China has been growing at an astronomical rate of more than 10 per cent for most of the last four years. China has been growing so rapidly that in just under four decades, it has moved from one of the poorest economies in the world to become the second largest economy as measured by its gross domestic product (GDP). It has overtaken countries like Japan and Germany to rise to GDP levels of more than US$10 trillion, with only USA having GDP above US$17 trillion. This is a clear case of economic convergence manifesting itself.

This excessively high level of investments has led to what some commentators term an overcapacity problem. As such, there is an expectation that the Chinese economy has to rebalance itself if it is to maintain a steady growth path.

The clearest sign that the Chinese economy has started this correction was manifested in the devaluation of its currency early in the summer. Further, the purchasing manager index (PMI), which measures the strength of Chinese manufacturing, dipped below the critical 50 mark, a signal that the manufacturing sector in China is contracting. This is bad news for a fragile global economy.

With the slowdown in manufacturing in China, the threat to global growth became real. This resulted in a slowdown in prices of raw material, and financial markets became more volatile with the selling off of commodities. Also, there has been a slowdown in China's exports. Exports have been a long-standing driver of the massive growth in China over the last four decades.

Further, with the Chinese authorities trying to guide the correction by moving away from growth driven heavily by investments and exports and more towards growth driven by internal consumption, it is likely that global growth will suffer even further.

Already, the prices for raw materials in countries like Brazil, Russia and other commodity trading economies have been driven downwards because of the slowdown in the Chinese economy. The slowdown in these emerging market economies will clearly have a negative impact on growth in the global economy.

Growth in the USA is unable to carry the global economy in any significant way. Interestingly, the global economy does not look rosy again, given the troubles in China. This, therefore, leaves small, open vulnerable economies like Jamaica to think seriously about how they can carve out any meaningful growth in this troubled fragile global economy.

While on the face of it, the slowdown in China will not have a direct impact on Jamaica's growth agenda, there are various indirect channels through which this slowdown will impact Jamaica. The majority of Jamaica's exports go to North America and Western Europe, not to Asia. Therefore, some would argue that we should not pay too much attention to slowdown in China. This is wrong.

When the bauxite and alumina sector in Jamaica grows, the Jamaican economy invariably records growth as well. It is an important sector to us. China's manufacturing sector requires raw material such as bauxite and alumina to thrive. If the prices of these raw materials go down on the global market due, in large part, to the slowdown in China, clearly it will impact on the production of these raw materials, leading, in some cases, to the closure of plants and termination of jobs.

Jamaica is a big player in the bauxite trade. As the prices of these raw materials go into free fall, it will have a major impact on jobs and growth.

Similarly, when the global economy records lower growth, it is expected that there will be a fall-off in tourism earnings as well. Tourism is another important growth pole for Jamaica. When this sector grows, Jamaica grows. Further, a lot of infrastructure developments in Jamaica are now carried out by the China Construction Company (CCC), through its arm, China Harbour Engineering Company (CHEC).

A slowdown in growth in China will no doubt impact on the ability of CCC to provide funding for infrastructure projects. Some of the plans for massive infrastructure upgrade in Jamaica might have to be put on hold. This would not be good news for growth and jobs.

Overall, the Chinese situation is one that has to be watched very closely as Jamaica prepares to vote in 2015 or 2016. Job creation and economic growth will be key agenda items in the election. Ignoring the 'China effect' on these variables can spell disaster for anyone who wants to manage the affairs of this country, especially under the austere measures of the current extended fund facility arrangements with the IMF.