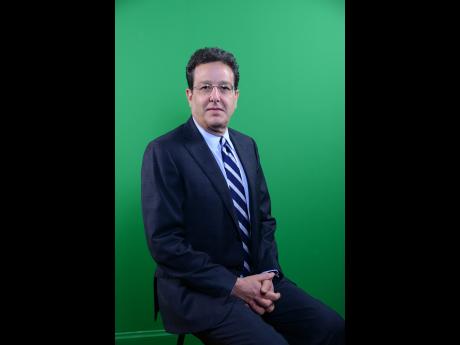 The Mission of Youth Upliftment Through Employment (YUTE) may seem an impossible one when we consider the challenges of youth unemployment in our underserved Jamaican communities. Yet we are making positive progress with determination, ingenuity and strong partnerships, and we will continue to move forward with confidence and optimism.

YUTE has undertaken to intervene in the lives of at-risk youth and to produce graduates with the values, skills, education and self-discipline necessary to succeed as adults including earning an honest, productive and rewarding living. We are doing so in the face of major challenges, which we refuse to allow to daunt us. These include gloomy predictions by experts at the International Labour Organization (ILO) and alarming statistics about the Caribbean.

The ILO publication World Employment and Social Outlook: Trends 2015 points to "renewed turbulence over the employment horizon" and a deterioration in the global employment outlook over the coming five years. The ILO publication notes: "Youth, especially young women, continue to be disproportionately affected by unemployment. Almost 74 million young people (aged 15-24) were looking for work in 2014." The global youth unemployment rate is approximately three times higher than that of adult unemployment and is common to all regions notwithstanding improvements in educational achievement, thus stirring social disgruntlement.

While noting that global economic trends continue to be challenging, fuelling increasing income inequalities and serious vulnerability to social unrest, the ILO report actually validates the YUTE mandate by pointing out that this outlook can be improved "providing that the main underlying weaknesses are tackled".

It is no secret that high levels of youth unemployment impede economic development, with adverse social consequences, including poverty, risky behaviours and attendant consequences such as psychological wounding, crime, unplanned pregnancy and diminished future earning capacity.

While we are encouraged by this progress, we at YUTE are cognisant of the urgent need to maximise on these improvements. We are passionate about this at the macro level as well as at the personal and community levels. The CDB study identifies national outcomes of high youth unemployment such as high youth crime rates, poor health, poverty, community degradation, lost revenue from taxes and lost national output.

Then there are the costs of special remedial programmes, social support, increased expenditure on crime prevention, enforcement and imprisonment, additional strains on health services and lost investments in education and training.

Many of these were the very challenges that galvanised concerned Jamaican citizens to unite in the establishment of YUTE in 2010 under the leadership of the Private Sector Organisation of Jamaica (PSOJ). We were also deeply moved by the personal challenges faced by those youngsters growing up in our inner cities - the cruel realities of grinding poverty, lost lives, broken families, lost or non-existent opportunities, the negative influences of drug dealers, gang leaders, oppressive community "dons", and a hopelessly "un-level" playing field.

During YUTE's first phase, we saw what a difference positive, targeted interventions could make to young lives and troubled communities. We also learned important lessons about how to take into account a number of realities not immediately obvious to those not personally involved in the challenges of inner city life. Nevertheless, we are proud to have made a positive impact on 1,616 young lives over that three-year period.

At the conclusion of Phase 1 in December 2013, the ICD Group was pleased to 'adopt' YUTE, and we have been gratified with the continuing support of many of our fellow PSOJ members, as well as other valued supporters and partners from both public and private sectors, and from the international community.

We launched YUTE Phase 2 in January 2014, with a new board and management team, a more effective, streamlined structure and a dynamic new strategic direction. Successful existing programmes and innovative new ones are now more targeted to produce skilled workers for specific labour market needs. These focus on both traditional and non-traditional local sectors, and new opportunities in the high-tech global marketplace. they also encourage and facilitate effective self-employment.

During 2014, a total of 311 young Jamaican men and women residing in more than 33 marginalised communities in Kingston, St Andrew and St Catherine benefited from the YUTE Phase 2 initiatives. Of these, 290 received skills training, life skills and employability training, and 58 benefited from remedial education. Paid internships were arranged for 155 participants, and 17 gained permanent employment. The retention rate among participants rose from an average of 64 per cent in Phase 1 to an average of more than 90 per cent in Phase 2.

As we continue this dynamic growth phase in 2015, we have finalised a merger between YUTE and the veteran mentoring organisation Youth Opportunities Unlimited, and an administrative merger between YUTE and the MultiCare Foundation. In addition, our efforts to use innovation, market responsiveness and positive networking are ongoing in an unceasing bid to offer the young people and communities we serve a better, more effective overall programme.

- Joseph M. Matalon is chairman of the Youth Upliftment Through Employment Limited. Email feedback to columns@gleanerjm.com.