Golding, buggery and the CCJ 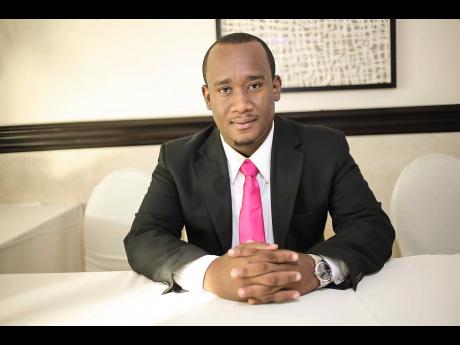 It is a well-known truth that minority groups are often used as scapegoats when politicians need to leverage the support of the majority. After all, what better way to coerce action than to convince the privileged that a "vile, immoral and downright sinful" minority are a threat to their privilege?

That incessant need to suppress otherness is a central rallying cry; nothing binds us together like our shared prejudices. With all that known to me, I perhaps shouldn't, then, be surprised by Senator Mark Golding's vulgar political ploy regarding the CCJ, the Privy Council and buggery. And yet I am. For in seeking to play to irrational fears, the minister may have done harm to his own cause and, in the process, called into question a central plank of the Caribbean Court of Justice (CCJ).

Speaking at a forum on the regional court, the justice minister made comments warning those expressing a preference for the UK-based Privy Council to tread carefully. According to the minister, and I'm paraphrasing, there will come a time when the country's colonial-era buggery laws will be challenged in the Constitutional Court.

As Mr Golding sees it, the matter could end up before our final court, currently the Judicial Committee of the Privy Council. Golding goes on to forecast that such an eventuality would all but spell doom for the laws, because, according to him, the UK-based judges are more likely to apply contemporary British perspectives on same-sex relations, rather than any judicial rigour, in interpreting the validity or the laws. Granted. He may well be right.

But the argument becomes curious when the minister goes on to say that he would much rather a regional court that understands our regional realities, culture, history, etc. passing final judgment on the laws rather than an alien tribunal.

What are we to make of this argument? Is the minister suggesting that the Caribbean Court of Justice, far from being an independent arbiter of law, would apply "regional realities, culture and history" to judicial interpretation? For if he is, he is on very shaky ground, indeed.

It is my understanding that judges should interpret what is plainly before them, rather than seeking to create public policy, or satisfy the wishes of the majority. They should, as far as possible, resist the urge to make law. Those judges who breach their role by applying personal preferences should be seen as oddities.

What Mark Golding has done is dangerous. In his indecent haste to win over a majority of the Jamaican people, he has called into question the independence of the regional court. What's more, the minister may have even created unreasonable expectations in the minds of Jamaicans as to the functioning of the court.

It is not an exaggeration to suggest that the naked prejudice that informs attitudes to the buggery law may convince many Jamaicans to get firmly behind the CCJ - no pun intended.

Such an arrangement would force the court into a corner, and quite possibly cripple its hand as it relates to ruling on the law. The minister comes dangerously close to confirming a long-standing argument against the regional court, which is that it would not be immune to political pressure from Caribbean leaders.

Golding is guilty of indirectly applying pressure on the court. To be sure, we cannot know with any certainty how the CCJ would ultimately vote on the issue, but it is enough to be concerned about the effect of Golding's posture, and the reaction of our people to it.

Does this new posture from the minister suggest the CCJ may yet see the ballot? And if it does, what would happen if the people buy into Mr Golding's fearmongering, and the court decides to nullify the laws? Who would soothe the resentment and anger that would rip through this country? It would be something akin to betrayal of the Jamaican people.

Still, Golding is no fool. There is a strategy at play, vulgar though it is. He knows well the prevailing misconception that suggests there is an orchestrated plot by external forces to overthrow our cultural preferences on buggery.

What could be a greater threat than foreign judges, with gay sympathies, overruling our most cherished laws? For many Jamaicans, that idea invokes a strong phobia. The minister may be interpreted to be banking on that fear to bolster the position of his Government.

Finally, politicians must be careful that their actions may be seen as seeking to exploit bigotry and prejudice to achieve a political end. History is replete with tragedies that arose because of that very exploitation.

At the heart of the fearmongering are real people, who are hoping for a fair hearing on the extent of their liberties and freedoms. They deserve no less. If Jamaicans accept the Caribbean Court of Justice, let it be on the merits of that court, and there are many, and not out of fear and lies.

Those of us who accept the legitimacy of the CCJ believe the truth of its worth is enough to win the day. The minister should accept that, too.

Mark, let us not turn this debate into a naked conversation about buggery. The CCJ is worth more, and Jamaicans deserve better.

- Ricardo Brooks is chairman of the Jamaican Association for Debating and Empowerment. Email feedback to columns@gleanerjm.com and ricardo.brooks@live.com.