IMF finally concedes it was wrong 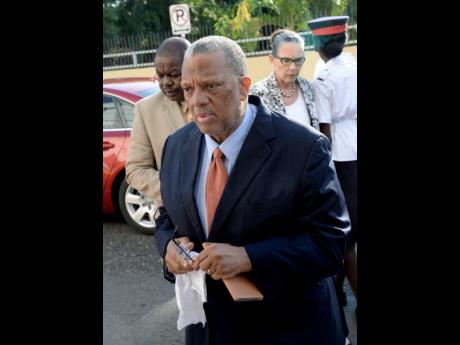 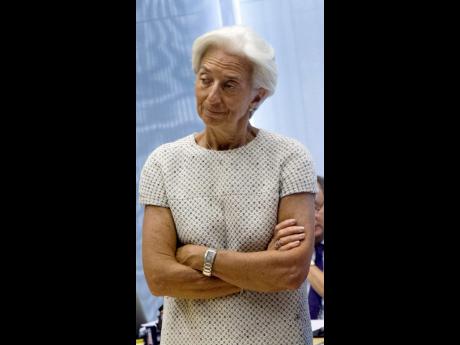 The way Finance Minister Peter Phillips puts it, we should be absolutely elated that the International Monetary Fund (IMF) has decided to reduce the exceptionally high primary surplus target (PST) for Jamaica from 7.5% to 7.25% for the second half of fiscal 2015-2016 and to 7% for fiscal 2016-2017.

When one listens to Dr Phillips on the political campaign trail, he makes it clear that any comment other than adulation for that IMF move is to pick a fight with the Fund - and, by inference, to be somewhat ungrateful for this $4.1 billion of extra cash this fiscal year, our money - mind you, bestowed on us by the benevolence of the IMF.

Where Dr Phillips leaves off, his officials, appointees, supporters and sycophants take over. They, of course, recognise the exquisite timing of this primary surplus target by the IMF, but they, too, would ascribe ulterior motives to anyone who recognises how agreeable the timing of this announcement must be to the People's National Party (PNP) Government which has made clear it is about to call a general election.

It is not unkind to wonder if Dr Phillips and his supporters are suffering from a touch of Stockholm syndrome. The Stockholm syndrome, or capture bonding, is a psychological phenomenon in which hostages express empathy and sympathy, and have positive feelings towards their captors, sometimes to the point of defending and identifying with the captors.

The IMF requested - that may be somewhat of an understatement - the highest-ever primary surplus target required of any country in the world, and Dr Peter Phillips and our other negotiators agreed to this extraordinarily high 7.5% figure, without apparently being aware of the immense economic pain this would cause ordinary Jamaicans.

To say that this very high primary surplus target is painful and to forgo adulation at the small reduction is not to debunk the principle of working with a more moderate primary surplus target. In this instance, it is to say that the principle was stretched too tight and high around Jamaica, and pressed far too deeply in the pockets and even into the flesh of too many Jamaicans in terms of underspending on basic necessities such as medical supplies, and education.

I am pleased that the IMF has finally realised that the 7.5% primary surplus was too high and so agreed to this small quarter per cent reduction. Pleased, but not happy.

I am pleased that the reduction is a start in the right direction, but unhappy that the primary surplus target was set so extremely high in the first place. I did a quick check, and since the first week in December 2014, about 17 of my weekly columns in the Financial Gleaner have regretted the uniquely high 7.5% primary surplus target that was placed on the financial backs of Jamaicans.

There are many other instances before December last year where I disagreed strongly in writing and in the electronic media with the level of the primary surplus target that was agreed with the IMF. In the past 30 months since Jamaica signed the extended funding facility with the IMF, Dr Phillips and his team have been trying to justify this quite outrageously high primary surplus target.

Coming new to the finance ministry after the PNP's election victory in December 2011, it is fair to believe that being abreast of the literature and data that existed on the primary surplus target was not the minister's strong suit.

He was under severe pressure to agree with the IMF a deal for Jamaica. Some contend that he was hoodwinked by the IMF and did not really understand what that extremely high primary surplus target would mean in terms of ever-increasing taxes on Jamaicans and businesses, and the inability to spend from even the Government's approved capital and recurring budgets - simply in order to meet the very high primary surplus targets.

Minister Phillips and his team need not have been so unaware of how best to negotiate and agree to a much more reasonable primary surplus target for Jamaica. Professor of economics and political science at the University of California - Berkeley, Barry Eichengreen, who was a former senior adviser to the IMF and his colleague collaborator, Ugo Panizza of the Graduate Institute in Geneva, have written extensively on the subject. They have calculated the average primary surplus in scores of countries and tracked their performances.

Clearly, then, our negotiators who agreed to an even higher than Greece's primary surplus target of 7.5% for Jamaica, when our debt of about 147% of GDP was substantially lower than Greece's erred in agreeing to that high PST.

Researchers at the Kiel Institute have concluded that "assessment of historical developments in numerous countries leads to the conclusion that it is extremely difficult for the country to prevent its debt from increasing when the necessary primary surplus ratio reaches a critical level of more than 5%". Eichengreen and Panizza found that there was a substantial body of data that supported primary surpluses in the vicinity of 3% of GDP for about a five-year period. Larger and longer primary surplus episodes where rarer.

They also found that primary surpluses as large as 4% of GDP that last for a decade were extremely rare. Jamaica's 7.5% primary surplus target is off the chart, and the IMF knew that, even if our negotiators didn't at the time.

HOLNESS AND THE IMF

There should be no jumping for joy because the IMF has recently agreed to a quarter per cent reduction in the PST in the second half of this fiscal year and by half a per cent for fiscal 2016-2017. Rather, we should be pushing back at our finance minister and other negotiators who agreed to such a high PST and solely on debt reduction to almost the complete exclusion of sensible economic growth.

Dr Phillips and his Government have focused entirely on the numerator, debt, of the debt-to-equity ratio and have completely disregarded the denominator, GDP. A more balanced and sensible approach would have made them understand that by growing the economy - growing GDP - would also serve to reduce the debt-to-GDP ratio. They seem never to have quite comprehended that reducing Jamaica's debt stock was not mutually exclusive to growing the economy which would also have effect of cutting the debt-to-GDP ratio.

The PNP and its supporters have been trying to get the Jamaican people to believe that a Jamaica Labour Party (JLP) government, under the leadership of Andrew Holness, would damage or jettison the IMF agreement. Even Dr Phillips has insinuated as much from campaign platforms.

I have had the privilege of sitting in the meetings between the JLP leader and his team and the IMF's team and he has been extremely clear on his position on the IMF-Jamaica EFF agreement.

Mr Holness has been consistently unequivocal about abiding and keeping faith with the IMF programme. He stresses that the concept of the fiscal discipline and abiding by the fiscal rules are commitments to which he and his party have subscribed.

Andrew Holness was also equally clear with the IMF about the central position that fostering, facilitating, encouraging, and sometimes, maybe even, nudging the drivers of growth in the private sector will occupy in his administration.

Achieving fast and sustained economic growth and prosperity for Jamaicans will be the primary objective of the government that he will lead when the JLP forms the next administration after the imminent general election.

- Aubyn Hill is CEO of Corporate Strategies Limited and chairman of the Economic Advisory Council of the Opposition Leader. Email feedback to columns@gleanerjm.com and writerhill@gmail.com, or tweet.