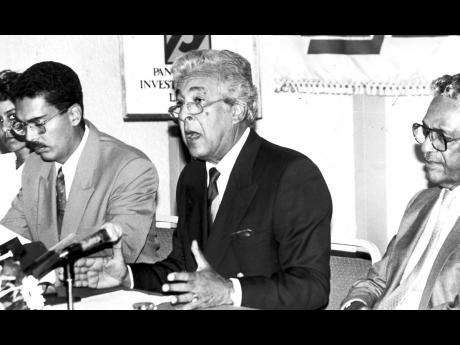 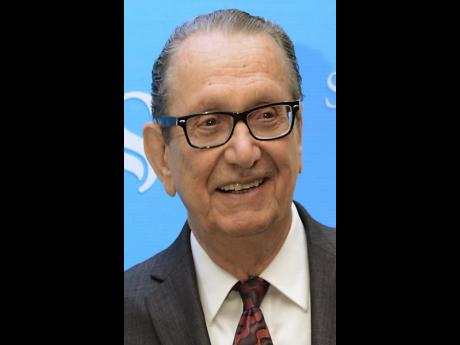 The Pan-Jamaican Investment Trust (Pan-Jam) legacy has amassed more than 50 years, and is rich not only in highly visible assets, which form part of the proud architectural heritage of Jamaica, but also in the enduring spirit and values of its founder, Maurice Facey, OJ.

It is impossible to divorce the splendid achievements of Pan-Jam, the business organisation, from the man who founded it and was at its helm until his passing in 2013.

Pan-Jam, one of the first companies to be listed on the newly formed Kingston Stock Exchange in 1965, pioneered the development of high-rise commercial and residential properties in Jamaica, leading the way in the development of the capital city in the post-Independence period. The late Jamaican patriot and innovative business leader was the chief architect of the development of New Kingston.

One early indication that Maurice Facey was an extraordinary man of vision came in 1958 after he sold his father's trading firm, Cecil B. Facey Ltd, to Seagrams, the American company. With 500,000 pounds cash in hand, the Faceys formed Boswell Trust and Maurice began his journey of becoming Jamaica's premier real estate developer.

Where others saw only bush and bramble, he saw rich potential for development. He saw well-designed commercial buildings, imposing high-rise structures making the best use of expensive space. He saw new trends in housing demand requiring the availability of fashionable, upmarket apartment buildings and town houses.

Fortunately, he had the entrepreneurial wisdom, courage and perseverance to make his big dreams come alive. Jamaica Property Company Ltd was registered in 1964 as the vehicle for broader involvement in the construction industry. Ground was broken for Manor Park Plaza, the first major project. The high-rise Manor Park apartment complex and, later, the Manor Court town houses, followed.

Downtown, there was the North American Life building on Harbour Street, named for the company that I was managing. We were the principal tenants. Among other early developments was the IBM building on Knutsford Boulevard and the NCR (later CHFC) building on Caledonia Road.

Jamaica Property Co Ltd, which was merged with Pan-Jamaican Investment Trust in 1966, became a subsidiary of Pan-Jam, focusing on the development and execution of real-estate projects. This merger formed the basis of the Pan-Jam Group.

After this, there was no stopping of the movement to change the face of Kingston and St Andrew, as Maurice Facey continued the work that would eventually inspire others to follow his lead.

During the 1970s and '80s, several impressive multistorey structures were constructed on Knutsford Boulevard, among them the Pan Caribbean Bank building, The First Life Building, the building that is now The Courtleigh, and The CIBC Centre. The 97,000-square-foot Scotiabank Centre on Port Royal Street, downtown Kingston, also forms part of the highly visible legacy, as do the outstanding residential developments such as Abbey Court condominium, Acadia town houses and single houses, Fort George on Stony Hill Road, Chancery Hall and Cardiff Hall.

Maurice Facey had a keen understanding of the importance of business agility and versatility and never backed away from bold moves and big risks. Strategic steps were taken to diversify the business and create linkages. In 1968,Wherry Wharf, suppliers of lumber, hardware, awnings and blinds, was brought into the fold, and in the following year, Hardware & Lumber Ltd was acquired by Pan-Jam in a hostile takeover bid, the first in Jamaica.

Other successful attempts at diversification include the acquisition of companies producing spices, sauces and condiments - Scott's Preserves Ltd, the Busha Browne and Jamaica Joe brands, and the Walkerswood Group. Mavis Bank Coffee Factory was acquired in partnership with the Jamaica Producers Group in 2011.

The strengths of Maurice Facey's leadership were very much in evidence during a game-changing development arising in the 1980s. Mutual Life Insurance Company and Life of Jamaica (now Sagicor) got involved in real-estate development and began to erect high- rise office complexes in New Kingston. These companies possessed the resources to compete with Pan-Jam for dominance in the corporate rental market.

However, Pan-Jam succeeded in protecting its position. The first strategic move was gaining entry into the insurance market with the acquisition of First Life Insurance, through a share swap between First Life and Jamaica Property. Next came the formation of a merchant bank, in partnership with other investors.

In 1993, Pan-Jam gained full control of Pan Caribbean Merchant Bank (now Sagicor Bank). Later, in the '90s, the impact of the financial-sector crisis provided an opportunity for the group to restructure its portfolio. Energies were concentrated on major growth sectors and the rationalising of operations, resulting in substantial growth in financial performance.

Pan Caribbean Bank and First Life undertook a series of key mergers and acquisitions, which contributed to a fundamental reshaping of the financial industry.

One major development in the 21st century was Pan-Jam's trading in of its majority shareholding in the merchant bank and First Life Insurance company for a 25 per cent stake in Life of Jamaica (LOJ), the majority ownership of which had been acquired by the Barbadian-based Sagicor.

As the group proudly reports, "Today Pan-Jam comprises a diversified portfolio of investments, including wholly owned businesses and investor partnerships in insurance, manufacturing and real estate, among other areas."

Heading the list of invaluable, intangible assets bequeathed by the founder, which survive today in the soul of the Pan-Jam group, is the spirit of philanthropy. This is evident in the work of the Cecil Boswell Facey Foundation, which administers the group's charitable activities.

Maurice Facey gave much of his time and talents to not-for-profit ventures. To name a few of his interests, he was a board member of the Council for Voluntary Social Services, a strong supporter of Boys' Town and a notable patron of the arts, who was instrumental in establishing and developing the National Gallery.

Pan-Jam's founder belonged to a cadre of Jamaican entrepreneurs who were pioneers of commercial and industrial development in the post-Independence period. They were patriots who were determined to contribute to their country's success by using their skills and talents in the area of business. Blessed with vision, energy and integrity, they were 'old school', dignified and courteous, but modern and even futuristic in outlook.

As shrewd business people who understood money, they were keenly competitive and even aggressive in competition when the circumstances demanded it, but never lost sight of a higher purpose to enrich, transform and leave things better than they found them.

Enthusiastic investors, they sought to make a profit but did not only invest in things. They invested in people, and in all the essential aspects of building this nation.

Thankfully, as a true member of this illustrious group, Maurice Facey has left behind a legacy of assets tangible and intangible, that serve to inspire the new generation of leaders and team members who continue to make Pan-Jam the great organisation that it is.

Long may the legacy of founder, Maurice Facey, OJ, CD. live on!