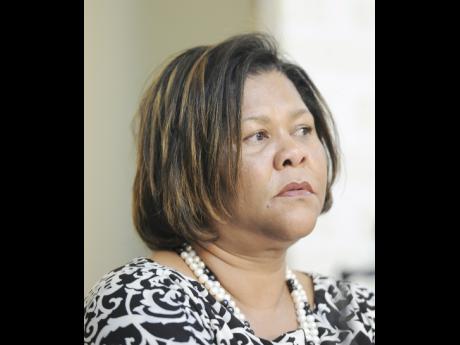 The anticipation of the vote count felt somewhat like national general elections in Jamaica. Would media entities RJR and Gleaner win out in their thrust to merge by securing the 75 per cent shareholder support needed? Or, would the naysayers, primarily in the public form of the Mayberry Investments men and Andrew Azar win the day?

Azar had gone as far as to run full-page newspaper advertisements in which he voiced strong opposition to the proposed merger. He described the approach to it as "dictatorialism" and advised fellow shareholders to "vote no".

With separate but simultaneous meetings for each entity's shareholders on the eve of New Year's Eve, it also felt a bit like the countdown to midnight when a New Year is ushered in, when resolutions are made, and new beginnings anticipated. Not being a shareholder (or a proxy for anyone) meant I was excluded from the December 30 meetings.

Jamaica was on the verge of something big and historic, so clearly I wanted to keep abreast. It's not every day that a 181-year-old newspaper joins forces, in an unusual hybrid merger-acquisition format, with a 65-year-old electronic media entity. The shareholders' 'yes' vote was an important step towards this proposed merger. Eager for the latest updates, I turned to Twitter.

Fireworks were expected at RJR's extraordinary general meeting (EGM). Andrew Azar, businessman, and Chris Berry of Mayberry Investments had made their intentions clear. They would vote 'no'. From the EGM someone tweeted a picture of Azar at the microphone expounding the reasons for his opposition. With holdings valued at 2.4 per cent of RJR shares, Azar has some clout.

A bit later in the meeting, RJR's Head of News @Miltonnewsja tweeted, "Gary Peart MD Mayberry: The information that we rec'd puts us in a position where we will not vote against the deal. #RJRGleaner." It seemed the 'Mayberry fire' had been quelled. We later learnt from news reports that rather than support the merger, Mayberry, listed among RJR's top shareholders, actually abstained.

Over at The Gleaner's AGM @Jahmekyagyal, a shareholder, but importantly an avid tweeter and journalist, kept us informed. "BreakingNews Oliver Clarke now announcing that KPMG says another hour to wait on results #GleanerAGM," and later, "Breaking News 285 votes cast. Way over 84% voted to allow #RJRGleaner Merger #GleanerAGM."

RJR's vote-counting took much longer than The Gleaner's. The RJR newsroom head reminded us that "RJR has 10,066 shareholders" and that "counters say it will take them at least 2hrs ...". Later, we learnt from him that although votes had been counted, they were "being crossed-checked". And then the victory count, "249 shares voted with 219m shares approved the resolution." We also learnt that "8 shareholders representing 69k shares were invalid". RJR rejoiced at its 88 per cent shareholder support in favour of the merger.

Next steps towards making the merger a reality included legal work to change the articles of association for the two companies. Shareholders voted on these on January 7. But that was the easy part. The tough and likely messy job, assuming that everything passes legal muster, is the blending of two cultures and the inevitable shakeout of staff.

A certain type of sensitivity and emotional intelligence are essential in order to successfully transition these two market leaders into a strong, profitable single media entity that is able to weather challenges from telecos with deep pockets. If one strips Azar's full-page ad down to its essence, it becomes clear that he has great issues with the management style at RJR and how things are done. His concerns should not be ignored. In going forward, greater inclusiveness and open, frank discussions are needed.

The America Online (AOL) TimeWarner media merger announced on January 10, 2000 and valued at US$350 billion, the largest in America for those times, is a case study in merger failure. The New York Times noted, "To call the transaction the worst in history, as it is now taught in business schools, does not begin to tell the story of how some of the brightest minds in technology and media collaborated to produce a deal now regarded by many as a colossal mistake."

Many of us want to see the RJR-Gleaner merger succeed. Appointing two millennials, one female and one male, to the new board would not only send the right signal, but likely redound to the new entity's financial benefit. After all, it is via the Internet, whether through The Gleaner's website or TVJ's over-the-top content, that new and financially rewarding growth is expected. Millennials are more likely to bring fresh thinking and to understand how to navigate and profit from the Internet than the existing directors.