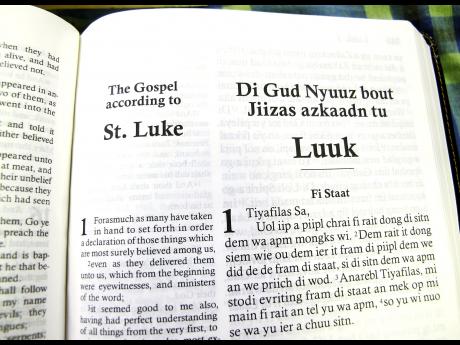 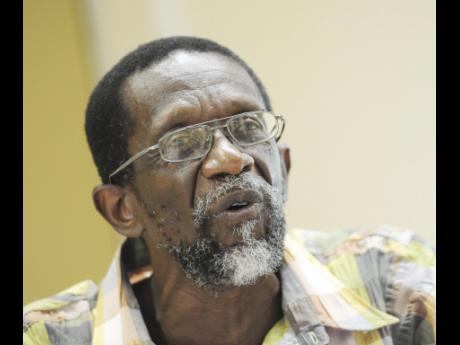 World Mother Language Day was celebrated globally on February 21. The day passed without notice in Jamaica. Is this because, for the government, the media and for those with social, political and economic influence, the issue of mother language/mother tongue does not arise since, 'unlike those benighted countries in Africa and the Pacific, thank God, we speak English in Jamaica?' But, do we?

Well, in a nationwide survey conducted by the Jamaican Language Unit in 2006, 36 per cent of the sample surveyed demonstrated no ability to describe a simple everyday object using spoken English. By contrast, 83 per cent were able to do so using the Jamaican language, 47 per cent demonstrating the ability to use both languages.

We could apply a commonsensical approach to this issue, the one which was, according to a Gleaner news report of August 22, 2012, reportedly applied by Minister of Education Ronnie Thwaites. He was, at the time, commenting on the poor results of the CSEC English A examinations. He is reported to have exhorted Jamaicans to"stop glorifying Jamaican Patois" and encouraged all parents and teachers to speak and write 'correct English' in order to serve as good language models for children.

The Donald Trump-like simplicity of the reasoning flies in the face of the facts, of course. As we have already seen, 36 per cent of the population may not have any control of English and, of the 46 per cent who speak both English and Jamaican, the control of the former is likely to be rather weak.

Let us assume that teachers can and do maintain English as the sole language medium they use in the class. That minimal amount of exposure to English is unlikely to develop competence in English for a child who spends the bulk of his or her waking hours in a Jamaican Language speaking environment. In addition, members of a family or of a community speak a language which is most effective for communicating with those around them. There are very few communities in Jamaica where English could perform this role. For the honourable minister to blame members of a community who do not choose their speech forms so that their children can do better in school is as pointless as King Canute cursing the sea for not obeying his exhortation to come no further.

WHAT DOES UNESCO SAY?

Perhaps the most important statement in the UNESCO paper is the recommendation that "at least six years of mother tongue instruction is needed to reduce learning gaps for minority language speakers (my emphasis)". The term 'minority' here is telling. It is usually minority groups whose languages are not used in schools and who find that their languages are discriminated against. Ironically, in Jamaica, the majority, made up of the 83 per cent who, according to the results of the study quoted above, speak Jamaican, are treated in the same discriminatory fashion as minorities in other countries. The language discrimination existing in Jamaica is, by that measure, even more unacceptable.

The Bilingual Education Project (BEP), run by the Jamaican Language Unit in Jamaican primary schools, pioneered the implementation of an approach which uses both English and Jamaican, alongside each other, as 1) languages for teaching and learning literacy, 2) mediums of oral instruction and classroom interaction, 3) subjects and 4) mediums for teaching and learning content subjects. The Biliterate Transitional Bilingual approach, modelled by the BEP, was stated in the Ministry of Education 2001 Language Education Policy, to be ideal for Jamaica. The same document, however, rejected the option as impractical.

Implementation took place in 2004-2008 for a cohort of children moving from grades one to four in that time period. The BEP had the official blessings of the Ministry of Education and sought to demonstrate to the ministry as well as parents and the public, that the option was indeed practical and doable. The project had completing university students in linguistics translate the school textbooks into Jamaican.

A training programme was run for teachers to deliver lessons in both Jamaican and English, and to use the textbook material in both languages. An important new skill teachers had to acquire was familiarity with the Cassidy-JLU system for representing the Jamaican language in writing. Teacher training took place during the May-June period before implementation and during the life of the project.

Ever since the 1980s, Haitian Creole has been recognised in the Constitution of Haiti as one of the two official languages of that country, alongside French, and as the language which unites all Haitians. In the period after the 2010 Haitian earthquake, under the leadership of Michel DeGraff, a Haitian professor of Linguistics at the Massachusetts of Technology (MIT) in the USA, got funding from the National Science Foundation (NSF) in the USA to pioneer Haitian Creole language medium education in Haiti and to create online digital instructional materials for the teaching of science, technology, engineering, mathematics in Haitian Creole. This took place under what came to be known as the Haiti-MIT Initiative.

The research conducted within the framework of the project established that the use of the mother language produced children much better at their content subjects than those who learnt them in French. The mother language pupils were also superior in the learning of French.

This research activity was followed by a formal agreement in mid-2015, between the Haitian Ministry of National Education and the Haitian Creole Academy, founded by Michel DeGraff, to introduce Haitian Creole as the language of instruction throughout the education system and throughout the country. The Haiti-MIT Initiative has been involved in the training of teachers and the ongoing development of teaching materials in support of the 'creolisation' of the Haitian education system. The whole project has received overt statements of support from perhaps the best known linguist in the world, even better known for his political writing, Noam Chomsky, a colleague linguist of DeGraff at MIT.

Historically, Haiti has always led and Jamaica followed. Slavery was abolished in Haiti approximately 40 year before it was in Jamaica. The Republic of Haiti became independent some 158 years before Jamaica did. It is arguably because of Haiti's pioneering role in clearing the path for the rest of the Caribbean that it has been made to suffer an existence even more miserable than the rest of us.

Haiti, however, with the help of powerful allies in the First World, and institutions of considerable status and prestige, is finally doing the right thing by its citizens, implementing an education system that operates in the language of the vast majority of the Haitian population, Creole. Where nine million Haitians go, maybe three million Jamaicans might eventually follow, to a future of genuine and sustainable economic and social development.

Maybe, too, like Haiti, we will need to look for an overseas saviour, with initials more powerful and persuasive than those of the UWI, and the JLU (Jamaican Language Unit), and to foreign experts whose complexions are several shades lighter than the norm in Jamaica. Perhaps, the foreign creditors of Jamaica, as represented by the International Monetary Fund (IMF), might wish to make a more enlightened language education policy a conditionality to further financial assistance for Jamaica. This might, from their perspective, help to create a more productive workforce and a growing Jamaican economy capable of repaying our foreign creditors.

Or perhaps, just this once, our policymakers might opt for home-grown solutions, based on solid research evidence, both international and local, coming from local institutions. Here is the opportunity to engage with local expertise, based firmly in international scholarship, in devising a language education policy that is appropriate to the language situation of Jamaica.

The new government of Jamaica, and the incoming minister of education, have a great opportunity. How about making a historical break with emotional and anecdotal approaches to decision-making on language education?

- Hubert Devonish is professor of linguistics and coordinator of the Jamaican Language Unit, UWI, Mona. Email feedback to columns@gleanerjm.com.