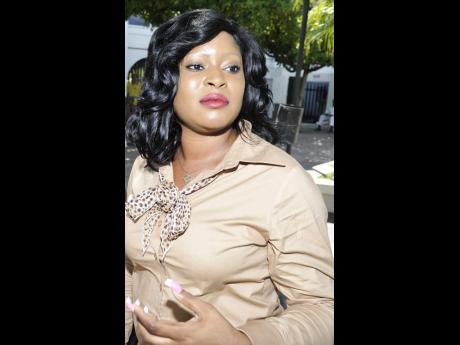 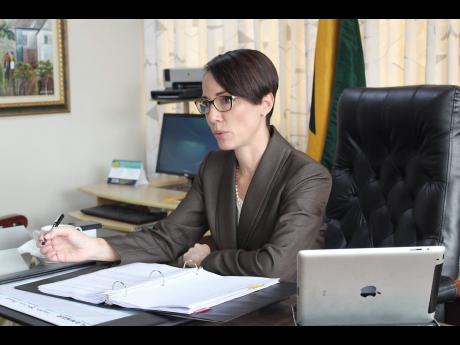 Contributed
Senator Kamina Johnson Smith, Jamaica's minister of foreign affairs and foreign trade, has kick-started talks with Trinidad about allegations of prejudicial and inhumane treatment of her countrymen. 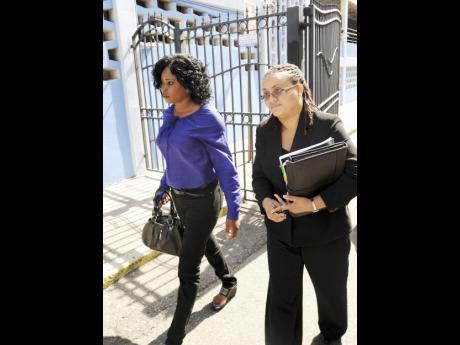 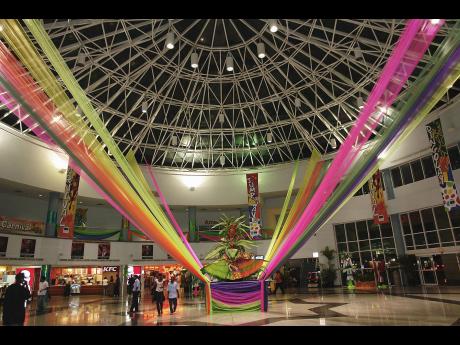 Rosemary Parkinson
Trinidad's Piarco International Airport, where several Jamaicans were recently denied entry and sent back to their homeland.
1
2
3
4

Just last week, the entire Caribbean, all our diaspora people and cricket fans everywhere, even in England despite their team losing, were all ecstatic about the West Indies victory in the T20 World Cup.

My wife, Indranie, who was born in Guyana, sat with me during the last over with the West Indies needing 19 runs to win and I told her that with Carlos Brathwaite in the wicket, we still had a chance. She cheered; my Barbadian son, Zubin, on a Facebook video-phone, called from Cave Hill, shouting and raving as the fourth six was struck. We are the West Indies.

Last Wednesday, Indranie was in tears. We were married in Trinidad in 1999. She applied for residency and Immigration 'lost' her documents. We reapplied again in 2003 and paid the mandatory fee and got a receipt as proof. She was told that until she got the permit, she could show immigration the receipt whenever she travelled.

We left for Belize in 2003, moved to Antigua in 2006, and then I had some consultancy work in Trinidad and she came to visit in December 2014. The immigration officer at Piarco refused to look at the receipt and was intent on packing her back to Antigua or maybe to Guyana. Indranie was supposed to have a return ticket, but since tickets are not issued again and we had booked online, she did not realise that she had to print the ticket and have it with her.

Caribbean Airlines could not find the booking. The immigration officer refused to speak to me, although I was outside and had an email with the ticket booking and payment information on my cell phone. Indranie joined me full time last year and we tried to resurrect her application. The building housing the files was closed for health and safety reasons and nobody was sure when it would reopen or the files shifted to another location.

So why the tears?

She had been told that it would be better and take less time if she reapplied and, at the same time, as a professional journalist, get CSME certification. She went into a depression from which she still has not recovered. While she is very grateful to the immigration officers who have been trying to help, her despondence is from the system in Trinidad and Tobago, which punishes the poor and those without sponsors. Thousands of people from outside the Caribbean have easily got residency status, but not my wife, and after 13 years, she is still in limbo. She is so down and out that she might not be able to get to her feet, even when she passes beneath the limbo stick.

Some people never get the opportunity to enter into the dance. Most of them are Jamaicans. They are stopped at the airport, given a raw and rough ordeal, and then deported not just unceremoniously but with extreme prejudice and pain.

In October 2014, then National Security Minister Gary Griffith said there were 110,000 illegal immigrants in Trinidad, with the highest number being Guyanese (25,884) and Jamaicans (19,500). What Griffith was saying is that about one in every 15 people in T&T is an illegal. In other words, in every classroom, there are two illegals, in every minibus or 'robot', there is one, and if they are not there, then they are somewhere, perhaps in the forest - all 110,000 of them.

The figure is patently false, but mockingly so, since in every nightclub or brothel, you will find women from South American countries and the Dominican Republic who ply their trade without let or hindrance until their traffickers and owners slip up in their payments to the police and immigration officials.

T&T has always blown hot and cold towards its neighbours. The former prime minister, Kamla Persad-Bissessar's, opening salvo at her first-ever CARICOM Heads of Government meeting right after being elected in 2010 was: "... We cannot continue like Trinidad and Tobago is an ATM card ... you come in, you put the card there, and you come back out with cash."

Is it that the T&T people believe that the dependence operates at both the macro level of governments and the micro level of individual visitors from Jamaica and elsewhere? Or were specific instructions given by the Ministry of National Security immediately after Griffith's spurious figures to give all Guyanese and other visitors a hard time so that my wife's experience coming into Trinidad two months after Griffith's revelation placed her in the Lion's Den with a name like Indranie and not Daniel.

To illustrate the hate-love relationship, it is believed that in the 1950s, Dr Eric Williams encouraged thousands of people from the neighbouring islands, especially Grenada, to come into Trinidad illegally to offset the political power of the East Indian majority. Then when there were too many of them, paradise became hell, and as Lord Blakie sang, "Wait let me get mih share/ They beating Grenadians down in the square ..." and the chorus went, ".. The police tell one to say 'box' ay you stupid man/ And as he say 'bax', licks inside de van."

The case of the 13 Jamaicans who were not allowed entry recently demonstrates the different sides of a never-ending story. From the perspective of the travellers, they were treated like savages and worse by the T&T immigration authorities. It was unexpected as it was undeserved.

From the viewpoint of most Jamaicans, it was just another episode in a general drama of disrespect and discrimination. Some businessmen called for a boycott of Trinidad goods and services. In Trinidad, there are people who support the immigration officials and believe the questionable stats put out by a minister who used it the way a drunken man leans on a lamp post - not for illumination, but for support.

Many of these people get paid for not working on a range of free money, make-work projects that swell the demand for unskilled labour. Despite the recession, the list of jobs that Trinis will not take or do is growing. The new Government is behaving worse than the old and the new minister, Dennis Moses, did not try to part the sea of troubles but exacerbate them by siding with the immigration story and legitimising the view that since they could not support themselves, the Jamaicans created an additional burden on the state's resources.

Nobody in Barbados, especially the minister in charge of immigration, and the government as a whole, believed Shanique Myrie. Barbados immigration added insult and vilification to the initial issues. Despite the ruling by the Caribbean Court of Justice, some people - not just Barbadians - believe "she look for dat".

Where are the voices of the regional chambers of commerce and other business organisations and those like Massy and Grace that do business in the region? Their silence might be good politics for them, but poor examples of the regionalism they exploit but do not expound or support.

There are even regional public service and immigration officers associations, but they, too, are conveniently quiet. What does the West Indies Cricket Board have to say?

I cannot and will never be silent or silenced. My wife is Guyanese, my children are Barbadian, I have also lived in Belize and Antigua, and in my different jobs for PAHO, The World Bank/CARICOM, and the WICB, I have been to the entire English-speaking Caribbean many times.

We have much more in common than we have differences. To me, my family and many of my friends, we are one people. I think it is the power of the stamp that each immigration officer carries that pounds us into submission.

Let us stamp out not just T&T immigration requirements for other Caribbean people, but everywhere else in the region. I have been to Jamaica countless times in the past 35 years and Jamaican immigration might be less publicised, but it is not much better, different or less arbitrary than anybody else's.

- Tony Deyal is a syndicated columnist and communications specialist. Email feedback to columns@gleanerjm.com.