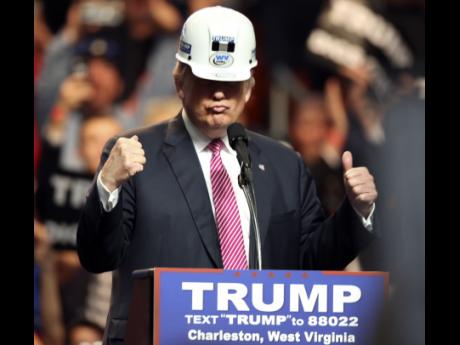 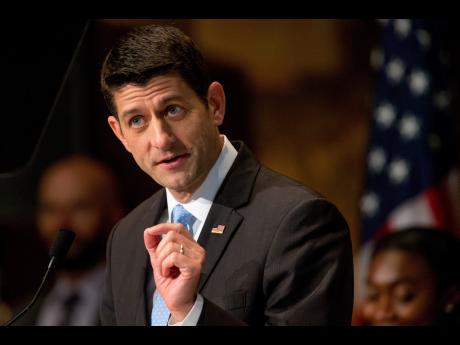 Dreams do come true. Unfortunately, so do nightmares, and an orange-faced Freddy Krueger, with 10 blades on his fingers, has one hand on the icon of democracy. Donald Trump has raised the blade on his middle finger and the entire Republican Party is literally turning red. Actually, Ben Carson and his friends, Uncle Thomas and James Crow, have maintained their pigmentation as the Grand Old Party keeps tradition alive.

Trump is the presumptive, if not presumptuous, nominee of the party, and if Hillary Clinton takes him for a fool, his gimmickry is the only 'Hillarity' one is going to see at 1600 Pennsylvania Avenue. And bet your Trump card that he is going to repaint the beige and brown Obama 'crib' into the original White House.

Having as president a rich man whose intellect is inversely correlated to his wealth is not the most terrifying thing. Indeed, we don't have to dig too deeply into the Bush to find one. After all, the last predecessor of the Republicans mixed up Iowa with Idaho, pronounced the word 'nukulear' instead of nyuklear, and went to I-rack instead of Iraq, in search of non-existent weapons of mass distraction. With the expertise of his father and Professor Condoleezza Rice at his disposal, Bush still managed to usher in one of the worst periods in American foreign policy, one where thousands of patriotic Americans died and were permanently maimed, while turning many otherwise sympathetic foreigners against the USA.

As a proponent of black rights and decent work, I am appalled by Trump's threat to keep the national minimum wage at US$7.25 an hour. While that would be many times what we earn here on the little rock, families in Arkansas would only be able to feed just fewer than three people. Again, with his pledge to bring back American jobs and American industries to America, he is likely to create a labour surplus, push down the price of real wages, and lead to greater impoverishment for the almost 10 per cent of African-Americans, whose unemployment rate is twice that of whites.

Never mind the narratives about police in Jamaica. American police have greater leeway in stopping and frisking suspects, including throwing well-dressed African-American women on the pavement, as long as they (the cops) use the catchphrase, "Stop resisting!" American police increasingly kill more black people proportionally than Jamaican cops do and for less reason, in a society where the homicide rate has declined from six per 100,000 in 2009 to 4.5 per 100,000 in 2015.

American cops kill 40 black persons for every police officer killed by criminals. In Jamaica, a "more violent society", the number is 17. Gun crimes have gone down in the USA, but Trump favours increasing police activity. Moreover, in suppressing dissent at his rallies, he has used cops to expel belligerent protesters, and vows to "give power back to the police" because of statistically unproven "rampant" crime. This is to an unregulated police force, which has been found by Amnesty International and the UN to have incompliance with the UN's use-of-force policy in all 50 states and Washington, DC.

Trump, like most Republicans, is against gun control. This includes regulation of those who export firearms to countries in the Caribbean. Most Jamaicans killed are victims of American-originated guns.

Now don't be fooled: The Democrats do not have a particularly good record in regard to international black interests. It was Ronald Reagan, in 1981, who introduced a Marshall Plan-type Caribbean Basin Initiative, generating millions in trade and employment opportunities.

On the other hand, during the Bill Clinton presidency, the West Indian banana industry was dealt an almost lethal blow when the president, on behalf of Chiquita and other banana interests, forced the World Trade Organization to sanction the minnows over their preferential access to the European market.

All the bananas from CARICOM in the mid-1990s comprised around three per cent of the global banana trade, and around nine per cent of the 'green rice'entering Europe. American bananas, grown in Latin America but traded by Dole, Del Monte and Chiquita, constituted, at the time, around 70 per cent of the world trade in the commodity.

American greed brought the virtual demise of the regional industry, and call it a spurious correlation, but violent crimes and the drug trade and production increased to unprecedented levels in the early 2000s. Trump is an even bigger lover of the almighty dollar, and his rhetoric on protecting American markets and industries suggests that he will do worse.

Building a wall in the Caribbean Sea might not be feasible, but bet that the xenophobic anti-immigration chants could translate into a reduction of visas for Caribbean nations, and black ones in particular. Indeed, unless you can trick him that the Czech Republic and Slovenia (Merlene Ottey's country) are in the West Indies, Jamaicans will not be welcome. And don't let the 'Melan' in his wife's first name fool you; not even her shoes are black.

Lots of Jamaican whites are in for a shock as well. In this country, Arabs, many of them still Muslims, have integrated seamlessly with the landed plantocracy. And their relationship with the Jews is the best in the world. Nonetheless, Trump will see to it that all Muslims and, presumably, Arabs, will be barred from entering the USA until he "figures out" what to do in the War on Terror. Horrifically, this ban would include Muslim Americans who leave the USA. So stay put, Brother Farrakhan. Oh, and he has yet to disavow the support of the Ku Klux Klan.

In the War on Terror, he is keen on ignoring international laws and treaties, and, of course, America is not part of the International Court of Justice. So, he might ignore his own Senator Patrick Leahy and force American troops to violate human rights with impunity.

Anyway, enough of the nightmare. He got the majority of Republican primary votes. He had no votes from the Democrats and other sensible Americans. He won't beat Hillary.