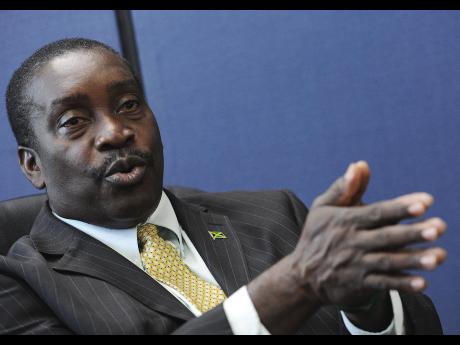 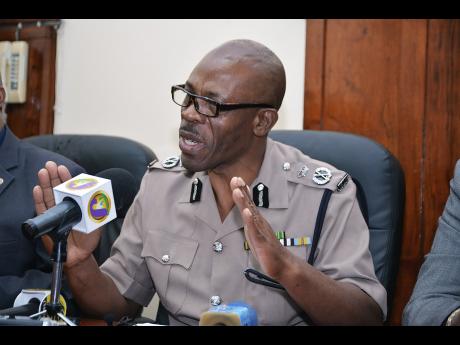 So the Man a Yard has delivered and has found ways of keeping the promise. Well, let's not fight over the details, but he did assure us that those who earned below $1.5m would have been given PAYE tax relief by April 1, 2016.
Nevertheless, the revised $1-million tax break, with effect from July 1, 2016, is a good gesture, because it now means that just over 250,000 persons, which is around 20 per cent of the employed labour force, will be paying no income tax. A broken promise indeed, but a decent attempt to recover.
It is also more sensible than the originally proposed scheme, which needed a bit more time in the oven to be fully baked. In the first incarnation, the proposal was to make all those who earned more than $5 million annually to have no tax relief and, thus, pay 25 per cent of their salaries. This effectively would have dug deep into the pockets of the senior bureaucrats, who the prime minister expects to carry out his 'Prosperity' programme.
Moreover, the finance minister perhaps had not realised that it might have meant a pay cut for himself. Now, having the benefit of the brain catching up with the mouth, the new upper limit is $6 million and the threshold will be applicable, to all income earners, but with 30 per cent on that portion above the $1-million mark.


Raising of the watermark

And while we hold the finance minister to his word, we are to expect a further raising of the watermark in April next year, to the originally promised $1.5 million. Not what was promised, but close. This will result in a loss of revenue of some $12.5 billion, a chasm which must be filled. Retroactive to April 1, 2016, I am comforted by the promise, even as Government straps on additional taxes elsewhere, while we clench our teeth to take it.
With a sin tax on declining cigarette consumption and increased taxation on petroleum products, my great 'fare' is that there will be the regular passing on of the economic burden on to the consumer. However, let us hope this time there is something different, and Government will not take from Paul to please Peter. Let us wait and observe.
But caution; persons already below the threshold will get no new relief, but they will likely face more expenses on goods and services. Promises, especially those to workers and those who elected politicians to form governments, must be kept. That is why my book is titled Broken Promises.
Another set of promises were made last week, and I heard them first-hand. These were by National Security minister Bobby Montague as he addressed the 73rd Conference of the Jamaica Police Federation in Montego Bay on Wednesday last. Montague, not protected by any thin film of rubber, made it clear that he was not interested in micromanaging the Jamaica Constabulary Force (JCF). For him, his remit is policy, and that of Commissioner Carl Williams is operations. Therefore, he would not be interfering with the tall man in doing what he considered best in the interest of the JCF and country. That is the most important promise, and it could make or break Montague as minister and politician if he reneges on this commitment.
Other material things were promised to the JCF, and, hopefully, with consultation with the High Command. So, top of the agenda are 'pupeena' second-hand vehicles, which he states will be sourced with transparency. Therefore, I don't expect Contractor General Dirk Harrison to find anything untoward about the acquisition process. After all, I know a few little green men who sell used Japanese vehicles, and they are not from Mars or Uranus.
Another promise is in regard to gender-sensitive ballistic vests, indicating that he has kept abreast of the growing needs of female police officers. And despite the innuendos, and attempts by another newspaper to 'boots' up readership, there is no truth that they are going to be made from latex.
Yet, I cannot help but notice what looked like little green fingerprints on some operational issues, and maybe it is simply the tint from my transition lenses as they darkened under the glare of Montague's brilliance. Still, he spoke of the boldness of the commissioner in making proposed manpower changes.
I am a little too smart for my own good, and being a fine artist, I know subtle colour changes when I see them. From one side of his mouth, he backed the commissioner, though he doesn't know if he is a fist or V man, but he also spoke of the need for change to be reflected. A bold and truly independent commissioner does not need the minister to tell him to act independently. Montague assured me that the commissioner enjoys his confidence and support, and that of the rank and file as well. Police on the whole like him because he is honest.
Williams came into office in September 2014 and promised, in short order, to deliver on crime reduction, decrease police corruption, get the guns and increase protection of human rights. Well, believe it or not, despite the comments by my colleague columnist, George Davis, that Commish “… cannot claim to be a man of action and not a bag of mouth,” he has been delivering.
Davis’ attack is unfortunate, biased and uninformed, but, understandably, the commissioner is not flamboyant and can’t kiss all souls. Apart from the increase in murders, all major crimes declined in 2015. In that year, more than 700 alleged murderers were arrested and around 60 per cent of homicides cleared up. This is the highest clear-up rate I can recall in decades. The Get the Guns campaign has recovered more than 400 firearms and almost 6,000 rounds of ammunition since September 2015.

Ironically, the increase in murders this year has been caused by non-gun assaults, which now comprise 37 per cent. In around 80 per cent of those cases, the suspects turn themselves in. International observers have agreed that our human-rights record has improved. Over the past two years, the number of civilians killed by the police reached record lows.
By the way, Davis is blaming the commish for the 32 ‘deputy inspectors’ (a title which exists only in Davis’ head, but not the JCF), who have sued him for the failure of a programme that was initiated without his input, by his predecessor.
I am just as concerned about crime, the suffering of the poor and the need of Government to succeed.  My promise is to be honest and truthful in my media work.
- Dr Orville Taylor, senior lecturer in sociology at the UWI and a radio talk-show host, is the author of 'Broken Promises, Hearts and Pockets'. Email feedback to columns@gleanerjm.com and tayloronblackline@hotmail.com.