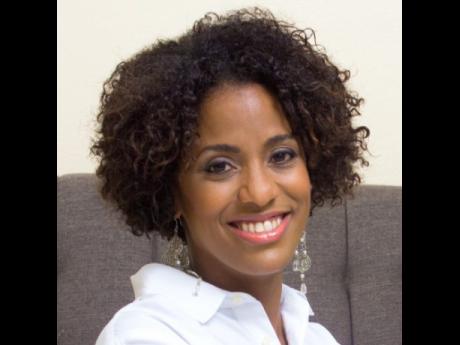 "Once you stop learning, you start dying." - Albert Einstein.

I was extremely happy to know that two of my favourite professors are certainly not dying. Imagine the refreshing surprise during the lunchtime talk at my reunion when two renowned professors, Ricardo Hausmann and Lant Pritchett, held a session titled 'Things We Taught You that We Think Are No Longer Relevant and Better Things We've Learned Since'.

And this was at Harvard - an institution that some consider to be one of the bastions of knowledge - actively questioning what they know, what they teach. Brilliant!

In that moment, it hit me how important it is to always be open to new ways, to question what we think we know, to keep searching for alternative impactful solutions and not be stuck in the trade-offs that have limited us. This applies at the individual, community, business, and national levels.

Four things struck me, even more so as the insights came from a number of leading economists in the various sessions. One, the Washington Consensus- IMF-World Bank-IDB triumvirate - is becoming less relevant globally. There are new institutions and new sources of funding and support, which necessitate that countries work in a diligent, strategic way, as partners, for mutually beneficial growth and development. In all cases, countries need strong, experienced negotiators fighting for the best terms and interests of a country, and who understand the ways contract terms may get embedded to undermine a true win-win for both parties.

Two, the pure economist view to solutions is proving less effective for real, positive societal change. For example, with tax reform in developing countries that are highly informal and where many people have low incomes, it is important to look at the 'tax yield' and the 'social yield' towards a workable balance. Given the current Budget Debate in Jamaica, this resonated.

Three, it's the inequality of productivity that explains the difference between rich and poor countries. Four, it is critical to focus on the capability to implement policy, not just design good policy.

In elaborating on the third, note that Haussman says not to think of the world as "one global pie that is shared unequally between the rich countries and the poor countries. [Countries] are actually independent pies of significantly different sizes."

We've known this to be a problem in Jamaica for a long time. Often, the response from the enterprise side is that the environment is not business-friendly, to which others respond that Jamaica's private sector primarily comprises traders, where innovation is low, and they don't really produce anything. To rise above this fray that gets Jamaica nowhere, I will explore in a subsequent article what a productivity-friendly environment looks like and possibilities for our country. This is crucial as Jamaica now has the lowest productivity of all Caribbean countries, and this is a chokehold on inclusive growth.

The fourth insight centres on the "capability for implementation". Lant Pritchett, Michael Woolcock, and Matt Andrews argue that many "reform initiatives in developing countries fail to achieve sustained improvements in performance because governments and organisations pretend to reform by changing what policies or organisations look like rather than what they actually do". They call this isomorphic mimicry.

Further, designing good policies and laws, establishing new organisations, or renaming old organisations and expanding their remit are rewarded by disbursement of development funds. It's called successful completion of benchmarks. However, the funding is not disbursed based on actual changes in outcomes or improved performance. Pritchett et al unequivocally say, "This dynamic facilitates 'capability traps' in which state capability stagnates, or even deteriorates, over long periods of time, even though governments remain engaged in developmental rhetoric and continue to receive development resources."

This is particularly relevant for Jamaica to explore as the country has been undergoing a significant economic reform process over the last four years. It is very positive that through the sacrifice and contribution of Jamaicans and strong leadership of the former Government that Jamaica successfully completed critical benchmarks and passed IMF tests in laying a more sound economic foundation.

However, questions must also be asked: Has Jamaica only changed laws and designed good policies or have we also changed the ways in which government entities work and actually implement the reforms and generate truly better outcomes for the people?

It is interesting that the leading economists and sociologists in this new area now purport that importation and reference to 'best practice' may actually be the problem, especially where "governments are being required to adopt best-practice reforms that ultimately cannot work and end up crowding out alternative ideas and initiatives that may have emerged from local agents". This is because development and effective solutions are often context specific.

This is not to say referencing best practice is not useful. Indeed, it sometimes is. However, the dogmatic approach where "fixed best-practice agendas are the basis of evaluating developing countries and of granting organisations in these countries support and legitimacy if they comply with such agendas" is problematic. It does not actually solve the problem for the people in a country.

So what happens? Pritchett et al state that the result is "unimplemented laws, unfunded agencies, and unused processes littering education sectors, public financial management regimes and judiciaries across the globe". They go further to say, "Governments adopting such reforms look better for a period when laws are newly passed, for instance but, ultimately, they do not demonstrate higher levels of performance as new laws are not put into practice." Let this not be the case with the much-improved Insolvency Act, Public Procurement Act, among others, and the supporting entities required to make them effective for Jamaicans.

As Jamaica comes to the final year of the IMF economic reform programme, there is still much to do in achieving its real potential, reducing debt, and unlocking fast growth. Perhaps it's time for the policymakers to look at a new approach to policy implementation and building further state capability Problem-Driven Iterative Adaptation (PDIA) versus just creating new entities, which seems to be the approach throughout governments.

PDIA could enable Jamaica to really benefit in a sustained way from all the reforms completed thus far. It's not simple or 'efficient' like the top-down approach with experts telling agencies what to do. However, by actively engaging broad sets of agents, PDIA ensures that reforms are viable, legitimate, relevant, and politically supportable.