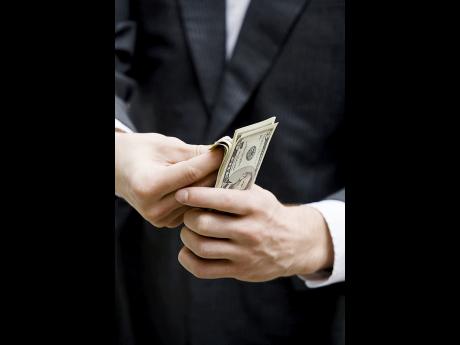 I want to thank the two main Jamaican political parties for reminding me why my support goes only as far as the 'poli', as in policy and never as in politics. No wonder there is such a slim margin between them in the House of Representatives, because there is more mud to shovel out of their ranks than was carried when the river made 'nobody canna cross it.' At this point in time, the People's National Party (PNP) is in a quandary as it grapples with different versions of the truth in a scandal, which I warned it 10 years ago, was not going to go away.

And hold! Before the men in green start relishing the meltdown of the orange camp, let us not forget that they have too much ugly stuff in their own eye corners that they can't say it doesn't matter. Moreover, around half of the current 32 Jamaica Labour Party (JLP) members of Parliament were sitting in the house when London bridge almost came falling down six years ago. And Mabey if a dearly departed hadn't passed on, the Dus would have fallen on more scalps.

Nevertheless, this is not a segue into the apparent acephaly, nanocephaly, or galluscephaly in the People's National Party (PNP) as bad as it may be. It is the fact that the incidents that led to its current crisis is just another in the series of embarrassing incidents that allow outsiders and our former colonial masters to think that we are unsuited to govern this little piece of rock.

Supporters of all Ps, including Sista P and the JLP, must feel deep shame that a 2006 donation to the PNP deemed inappropriate by all decent people, and which led to the conviction of Dutch firm Trafigura Beheer, has been the source of a legal battle that is as long as the tongue that one is trying not to draw. Indeed, the millions in legal fees could have been better spent in the Brooke Valley community and other PNP garrisons, where thousands of committed comrades, who walked with Michael Manley in bringing the working classes to the party, just need a little help. Going to the summit of the judicial system to prevent the party leader and her posse of yes men and women from giving full disclosure to the public who elected them is a shameful blight on the privilege of democracy, which we have taken as a right since 1944.

Although the media and internal party sources heard the pig squeal in the muck and decided to 'run wid it', the allegations that money was collected to finance the party campaign and not properly remitted to the party is repugnant in its own right. After all, if you rob the party, your family that you have your DNA all intertwined into, what wouldn't you do with the national coffers?

More disturbing, however, are the accusations that using the Trafigura template, they were once again at it, this time delivering a massive blow to the Chin. Somehow, it is being strongly suggested that money has been given to successive administrations by the Chinese construction companies here in a format that runs against all norms administered by the Office of the Contractor General and perhaps the Director of Public Prosecutions.

Whether in Kung Fu, where it is called 'hu-wei chiao', or karate, where it is called 'ushiro geri,' a back kick is a devastating blow and is often done so neatly and fast that one doesn't notice. A kickback is not all that different, but it can be much more powerful as it can totally shatter not only the career of the public official, but the entire fabric of a democracy.

There is a whole lot of blame, questions, and suspicion of corruption to go around, and the transport and works ministry has a long history of these since the 1960s at least. One might not have recalled that it was in that ministry that career public servant Permanent Secretary Ted O'Gilvie was assassinated in June 1977 for what apparently was his attempt to put a lid on corrupt practices.

This Ministry of Construction/Ministry of Transport/Ministry of Works/Public Works Department, whatever its nomenclature, has been a case study of being a milch cow and source of strange phenomena. I spent almost four years there as an officer in the personnel (human resources) division, where knowledge regarding the salary scales of all employees was at my fingertips.

It was an unusual place, like Area 51 in the USA, where workers would pop up after years, and like phantoms, appear without a trace; no file, no employment record; nothing. Sometimes a payslip would be in evidence. Often, the worker was assigned duties very different from those that were on his/her letter of appointment.

For example, senior labourers were employed as typists, and field assistants performed the functions of accountants. And that was the tip of the iceberg. Works overseers and superintendents, earning little more than technicians at the Jamaica Telephone Company then, were driving cars that were so long that that they made donkey remark that the world wasn't level. Hardly anyone in critical or supervisory positions lived in squalor. In fact, a number of special areas and projects abounded, and I could never figure what the hell was the basis for the 'Special Employment Project' (SEP).

That was the ministry that Bruce Golding went to just months before I did in 1980, the same one that Peter Phillips, Omar Davies, Bobby Pickersgill, and Mike Henry ministered over as he struggled to justify the more than $60 million spent to refurbish offices, among other questions. And yes, the late Joseph Hibbert, who was implicated in the Mabey and Johnson case, which led to convictions in the UK, spent around 30 years there. The truth is, public works have long been a mother cow, and it's been a long time that she has been sucked almost dry.

I leave the PNP to sort out its filial debacle and its general secretary, Paul Burke, to keep blowing the smoke.