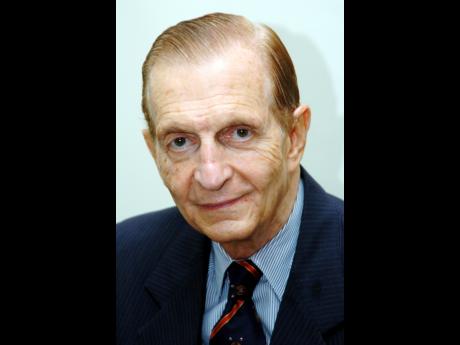 'We want justice' is one of the most popular protest cries in Jamaica. And rightfully so. But while we value the system of justice, there are some shortfalls that limit that admiration. One of the main shortcomings is the productivity of judges in hearing and completing cases.

There are, unbelievably, more than 400,000 cases in this category. If all the judges did not take on any additional cases but concentrated on clearing up the backlog of 400,000, it would take years to bring the piled-up caseload up to date, to say nothing of the new ones that would, meanwhile, be accumulating.

Justice ceases to be justice when it takes nine to 10 years and more to hand down decisions. I know. I have experienced this myself in an extremely important matter, which finally had to be settled out of court rather than wait any longer.

During the hearing of this matter, I paid a visit to the Supreme Court. The judge was tasked with writing verbatim notes by hand. Judges have to do this case after case in the courts. It is such a time-consuming task, I would never it wish on anyone. After the writing of notes comes the research on points of law, which is also very time-consuming. In addition, there is the preparation of arguments for a presentation to the court, the centrepiece of the judge's role.

My view at that time was how could anyone be expected to do this amount of work without falling behind in productivity? It seemed impossible. But it caused me to turn my thoughts to developing a 'what if?' idea, which I hope can assist productivity in the courts.

What if legal clerks could be found to assist judges, at least in the high courts, by researching cases and preparing draft briefs on legal matters? The main judicial workload would then be for the judges to prepare their arguments. This procedure would lift much of the burden of work from the judges' timetable allowing more productivity.

But where would the legal talent be found? That is the easiest part. The law schools at the University of the West Indies and University of Technology graduate some 400 legally trained students annually, of which many capable graduates cannot find satisfactory fulfilling placements! What could be better for a young attorney than to continue training under a watchful judicial eye? This would further assist training for graduates by giving them wider experience in the development of their careers and reduce the burden of work for judges. I do believe that many qualified graduates would be eager for the opportunity to broaden their experience while, they work and judges would welcome a system that could reduce their workload burden.

In determining compensation for legal clerks to serve judges, consideration should be given to reduction of indebtedness to the Students' Loan Bureau for those who are involved as an additional area that could be used as some compensation.

The country cannot afford to train students who, after graduation, are unemployed or holding jobs requiring less qualification.

Turning to a related issue, jobs without training, as with justice, there is a perennial cry for 'jobs, jobs, jobs'. It would be wonderful if one day that cry became 'joy, joy, joy', but that is not likely to happen until there is a firm commitment to deal with the problem, not just a thoughtful cry.

Education is the strongest imperative on the social agenda. There is little comfort in the tinkering that is called reform and transformation. There are elements, but largely, they are more so expressions of good intention.

Education has neither been reformed nor transformed. Education has had the same results for 50 years at least, remarkably. Put another way, this is the 50th anniversary of the 70:30 allocation of primary-school children to secondary school. An exam was introduced, the Common Entrance Exam in 1960, which was intended to select from the primary-school level students for secondary schools who, by their exam results, showed that they could manage secondary education. The remainder were the ones who could not.

The new schools to educate the 70 per cent would change education radically, it was thought. There would be reform and, indeed, a transformation. That, however, has not happened. Fifty years later, after much change in the system, the results remain the same, 70:30, with some small deviation in some years. So where is the reform or transformation? We face a deadlock in forward movement for education.

So what is to be done? If the car you are driving has all four tyres flat, a sputtering engine, and no gas in the tank, which do you fix first? The engine can be fixed and gas can be put in the tank, but the car still won't drive even if you install a new engine and fill the gas tank unless you put air in the tyres.

Air in the tyres is the equivalent of development of the early childhood education system, a song I have been singing since the 1980s. Teachers cannot be asked to tailor their teaching to focus on the 70 per cent who cannot read or write. That is a long-term mission that should have been done in the earlier education stage of those children so that they could keep pace with the 30 per cent group. If they cannot keep pace, they will fall further and further behind until at graduation, they are without any, or have insufficient, passes to graduate.

Things have changed since the 1970s. More and more boys and young men who don't want crumbs are taking away tables full of food, and if you try to stop them, they will fight to death, your death or theirs. They have been neglected too long, and because they don't see a way out, they consider themselves in desperation - 'done dead already'.

It may be said that it is already too late to find a way out to bring early childhood education seriously into the system to begin a real transformation. "It will cost too much," will be the response. But if we think that would be costly, we should check the cost if it is not done.

I am reminded of an incident that occurred at a Christmas treat at which I was present. For the benefit of those who have escaped helping to carry the burden of the uneducated in the population, I will tell the story of a little boy at the function. I saw a little two-year-old boy with an ice cream cone that he could not handle. As a result, he was crying openly with the ice cream in his nose and on his cheeks.

At that point, a teacher picked him up, and, holding him high, bellowed, "A who fah pickney dis?" Well, for the benefit of those who believe they have escaped the burden, "a fi yu pickney," who will one day be part of the 70 per cent.