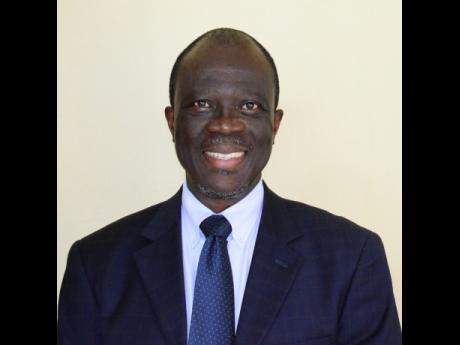 At the heart of democracy, which we worship so much as the best form of government, is the notion of one person, one vote.

But what happens when the votes go wrong? Wrong at least in the minds of the power elites who are always lurking behind the political power structure and believing themselves, naturally, to be more equal than the plebeian masses whose numbers count at the polls.

The great Winston Churchill famously quipped in the British House of Commons, the home of 'democracy', "Democracy is the worst form of government, except for all the others."

In free and fair post-war elections, that hero who led the Allies in winning World War 2 with "blood, sweat and tears" was routed out of office as prime minister by British voters. In the shock of defeat in the 1955 general election after two previous wins for his Jamaica Labour Party (1944 and 1949), Bustamante damned Jamaican voters as "Judas people". And a stunned D.K. Duncan stuttered on the night of the 1980 general election that swept from power the PNP and democratic socialism that was "right" for the people, "What happened to black people vote?"

There are some hot current cases on the world scene. Donald Trump has emerged from being a 'dirty old man' and clown counting his business billions to capturing the nomination as presidential candidate for the Republican Party, beating out more 'worthy' opponents and stunning the Establishment. Never mind his current troubles unleashed by the release of the tape, he had dramatically closed the popularity gap down to zero, at a few points in time, between himself and his opponent in the Democratic Party, Hillary Clinton, a woman of near impeccable political pedigree.

Over in the UK, leftist Jeremy Corbin was returned as leader of the Labour Party with a larger margin of victory than when he was first elected from the deep back bench a year earlier. And this despite the rebellion against him of the centrist Labour elite that thought it had the New Labour Party of Tony Blair, Gordon Brown, and the Milliband brothers locked.

And still in the UK, the Brexit vote was an even bigger shocker with more far-reaching consequences than the Labour Party leadership election. The political Establishment linked arms across party divides for Remain. And, almost to a man and woman, someone has pointed out, the British Public Service, which must now carry out the vast and distasteful administrative task of disentangling the UK from the EU, was almost totally pro-Remain. Prime Minister Theresa May, who succeeded the Remain man broken by the Brexit, David Cameron, must also lead the political process of disengagement as a Remainer herself.

The cases of the votes going "wrong" in democratic elections have been multiplying and will continue to multiply as democracy faces increasing stresses.

Trump has managed to garner the support of up to 40 per cent of the American electorate. A perceptive letter writer to this newspaper asked, "So, Donald Trump may be the next United States president, even though he is seen by many as unfit to serve. But how did Trump, who some commentators and opponents describe as arrogant, bigoted, crude, divisive, even intemperate, irrational, and racist, rise to become the nominee for his party and possibly next US president?"

The writer, in answering his own question, noted that "nothing rises or stands without support. It, therefore, means Trump's beliefs and behaviour connected and resonated with an influential and significant number of Americans who see him as trumpeting their cause. Maybe it is not about the persona of Trump, but the pains and problems people are having, perceived or real, and critically important, the benefits to be derived from supporting him".

Ditto Jeremy Corbyn and the leadership of the British Labour Party. Ditto Brexit.

When you drill down below surface sentiment, these results reflect the very essence of democracy, which has its own set of flaws as a system of governance crafted by flawed human beings. But the progressivist intelligentsia and political power elites will have none of it when the "wrong" results are delivered by the 'people'.

A fellow columnist wrote a few days after the letter writer, "I feel," he said, "the frustration of the mainstream US media during this present election campaign. What is supposed to happen is that when the foibles and foolishness of a candidate are exposed to the public, the popularity of the candidate is supposed to fall in the opinion polls. In the past, the US mass media" (manipulating democracy?) "have had the muscle to promote or discredit political candidates, and they have used their power in their best interests ... . This has not been happening with Republican presidential candidate Donald Trump." Is this more or less democracy as the media see their power of manipulation declining?

"This is not how it is supposed to be," the columnist moans. "When an egotistical buffoon is exposed as an ignoramus, he is not supposed to become the darling of the electorate. Yet in the primaries, he beat out 11 other candidates to become the Republican nominee ... . Trump has received the most primary votes of any Republican candidate in history."

But Trump's support is not without reason, for "clearly, the millions who faithfully support Donald Trump for president - despite his obvious deficiencies and dangerous personality flaws - feel seriously threatened by something. Their unrelenting support of Trump - flying in the face of what the media and the intelligentsia and mainstream Republicans are telling them - seems almost pathological."

Smart professional pols work the demographics. Barack Obama was the best. And Hillary Clinton's husband was very good in his time. But the "buffoon" Trump shouldn't. "Trump support is high among working- and middle-class white male voters with annual incomes of less than US$50,000 and no college degree," the columnist noted. And these people, voters like everybody else, have their reasons. "This group, particularly those with less than a high-school education, has suffered a decline in its income in recent years and rising unemployment. They have observed their jobs going to lower-paid immigrants (their salaries declining in response), or disappearing overseas. Clearly, there is strong anti-globalisation, anti-Washington Consensus sentiment coming from the lower classes in the USA, who have declined to support the traditional American political establishment. Hillary might win this one, but what is going to happen in 2020?"

What is going to happen longer term?

Arthur Shenfield, a British lawyer and economist, in a brilliant analysis of "democratic degeneration", noted that "the process of democratic degeneration displays itself as the general interest becomes subordinated to various sectional group interests so that the legislature ceases to be a forum for the determination of the general interest ... but becomes an arena in which special interests jostle and bargain with each other for the favours of the State. It is not the wishes, still less the interests, of the majority which prevail, but the desires of fluctuating coalitions of minorities." Exactly what we are seeing in 'democracies' right now.

Such a system must be unstable, Shenfield argues, and its true nature cannot forever be concealed from the people. "What must bring it down," he writes, "and ... end even the pretence of majority rule is the fact that it must produce mounting discontent which ... turns out to be even more destructive among the coalition in-groups than among the outer groups which are the victims of their plunder."

Could it be that the matter of the votes going 'wrong' is only a late act in this Shakespearean drama?