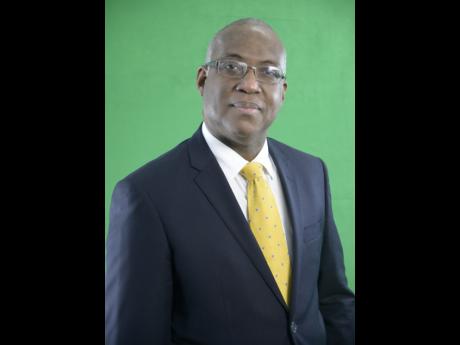 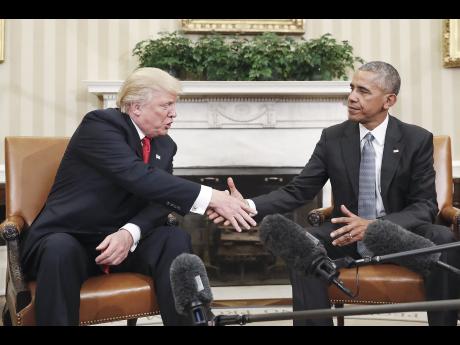 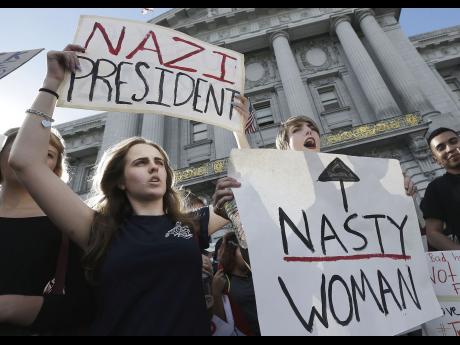 It is not enough to say that Donald Trump's victory is a 'whitelash' against eight years of a black man's being in the White House. It is, indeed, true that Trump's ascendancy as American president-elect is the culmination of the Tea Party insurgency started just one year after Obama's first victory in 2008. White people, particularly marginalised white males, swept away by the tide of globalisation, have risen up to take back their country and to put America first.

No election in American history has left in its wake so much resentment, bitterness, anger, disappointment and fear - not just in America but around the world. Jamaicans at home and in the US are terrified of the consequences of this Trump victory which, they catastrophise, is likely to torpedo their dreams of a better life. Jamaicans, various minorities, and progressive, forward-thinking people are being counselled that "it's not the end of the world," but for many, Trump's victory certainly seems like that.

'Stunning', 'shocking', 'astonishing' are just a few of the adjectives being used to describe the victory that was not seen by pollsters and pundits. Almost everyone had written off Trump. Except the Silent Majority. Yet, hidden in academia were some books that speak plainly about the phenomenon that the media are now widely reporting on after the fact. One book that narrates the crisis of the white working class and its alienation from the elites is Nancy Isenberg's White Trash: The 400-year Untold History of Class in America (2016). Before that, in 2012, the well-known social scientist Charles Murray had published his Coming Apart: The State of White America, 1960-2010.

In September, the respected Atlantic magazine did a long piece titled 'The Original Underclass: Poor, White Americans' Current Crisis Shouldn't Have Caught the Rest of the Country as Off Guard as it Has'.

Then there is also Hillbilly Elegy: A Memoir of a Family and Culture in Crisis (2016) by J.D. Vance, whose views are now being sought belatedly by American journalists to understand what escaped them. But if you want one book that grippingly and comprehensively explains the Trump Phenomenon, you have to get The Populist Explosion: How the Great Recession Transformed American and European Politics. I notice it is now being featured as 'One of the Six Books to Help Understand Trump's Win' and it has been given the thumbs up by the most intellectually astute media host in America, GPS's Fareed Zakaria.

There is a lot of hasty, half-baked commentary being dished out, but this Trumpism deserves a serious and surgical analysis. Yes, white power has been asserted in a most ferocious and aggressive way, and Trump, like all neo-fascists, was able to exploit the fears and anxieties of the majority against "the deplorables". But remember, that's the same country that voted for a black man as president not once, but twice. Barack Obama did better than Trump's opponent among white voters. Did those white people temporarily lose their ingrained racism when they voted Obama? What happened between 2008 and 2016?

In a review essay titled 'The Great White Nope: Poor, Working Class and Left Behind in America', in the November-December issue of Foreign Affairs, which features "The Power of Populism", History Professor Jefferson Cowie says: "Most Americans are optimistic about their futures but poor and working-class whites are not. ... Poor African-Americans who face higher rates of incarceration and unemployment - are nearly three times as optimistic as poor whites". He quotes one economist as saying poor whites suffer from "unhappiness, stress, and a lack of hope" . Says he: "That might explain why the slogan of the Republican presidential candidate Donald Trump Make America Great Again! - sounds so good to so many of them".

Now this was where the economic intersects with the cultural. Whites expect that in their own country, they are entitled to feel happy and fulfilled. They are not immigrants. It is their country that many believe God planted them in. Why the hell should all these Mexicans, these assorted Latinos, imported African-Americans, and even those darn Muslims come here and reap all these benefits while we are left behind? That fuels the rage. If they were getting ahead, their racism would not necessarily vanish, but it would not be as easily exploited by a demagogue like Trump.

Trump galvanised a constituency that even his Republican traditionalists were not able to exploit as well. Trump tapped into the rage, frustrations, and existential angst of many rural, uneducated whites, particularly males who admire his own muscular, 'chuck badness' policies and misogynistic expressions. Beginning about 1999, life expectancy began to decrease for less-educated whites when it had been increasing significantly for all Americans throughout the 20th century. The Clinton presidency delivered economic growth, but it was not an economic growth that was inclusive enough. Besides, there were no compensating factors to deal with the fallout from globalisation, trade deals, and the infusion of new technologies that displaced labour.

Barack Obama himself observed in 2008, while running for president: "You go into some of these small towns in Pennsylvania, and like a lot of small towns in the Midwest, the jobs have been gone now for 25 years and nothing's replaced them. And they fell through the Clinton administration and the Bush administration and each successive administration has said that somehow these communities are gonna regenerate, and they have not." And he got the presidency for eight years and he also made no marked dent.

The Democratic Party has failed the working class, black and white. That is why Bernie Sanders was such a strong opponent of Hillary Clinton, so encrusted in the Establishment.

Bernie Sanders tapped into the disillusionment and alienation of the working and middle classes just like Trump, but his was a progressive populism - devoid of Trump's racism, sexism, and xenophobia. The people saw that the Democratic Party was offering more of the same, and that is why many millennials and ethnic minorities either stayed home or voted for independent candidates. Reactionaries and conservatives voted for Donald Trump's promise of change.

And while culture war issues did not figure prominently in this election like they did in of 2012 not much attention to God or gays - the fact is, Evangelical Christians and Catholics felt threatened by what they saw as an aggressive secularism fostered by the Democrats. Christians voted overwhelmingly for Trump despite his being thrice divorced and his vulgar statements about women. Evangelicals, with their theology of grace and emphasis on the fallen-ness of humans, were willing to forgive Trump's trespasses and saw the Democrats as a greater threat, certainly after the Supreme Court's decision to legalise gay marriage.

Christians have also been bothered about increasing threats to free speech as a result of their opposition to homosexuality, abortion, and, in the case of Catholics, contraception. Billy Graham's son, Franklin, said on Thursday: "In watching the news, the secular media keep asking, "How did this happen?' 'What went wrong?' 'How did we miss this?' Some are in shock. But I believe God's hand intervened Tuesday night to stop the godless, atheistic progressive agenda from taking control of our country."

And American Catholics, who make up 25 per cent of the electorate, voted largely for Trump. Exit polls indicated that 52 per cent voted for Trump, compared to 45 per cent for Clinton. Catholics liked Trump's running mate, Pence, who is strongly anti-gay and anti-abortion and is actually churchgoing (unlike the hedonist president-elect). A Daily Beast article last week, 'Why Catholics crucified Clinton', shows that leaked emails revealed people in the Clinton Campaign speaking disparagingly of Catholics and Catholic doctrine.

Fear of Islamic terrorism; jobs being lost through globalisation and immigration; international entanglements draining American resources; what one book mockingly celebrated as The End of White Christian America (they had better think again!) caused American whites to fight back. Trumpism is no waning phenomenon. Unless America deals with its wealth concentration and class inequities, Trumpism will grow.

Fareed Zakaria, in an essay in the latest Foreign Affairs ('Populism on the March'), says Western countries need much stronger retraining programmes as well as better safety nets. But Trump is for smaller Government and less social spending, while proposing a $6.2-trillion tax cut for the rich.

This is what has to be analysed: What caused Hillary Clinton to do worse among Latinos and blacks than Barack Obama? Why did so many Democratic voters stay home? The factors that brought Donald Trump to victory are both economic and cultural, but the economic exacerbated the cultural. There was a dialectical interplay between economic and cultural forces, but had white working- and middle-class people not seen their living standards savaged by the Great Recession of 2008, and had globalisation not been so uneven and mismanaged, a candidate who so shamelessly used race-baiting, xenophobia, misogyny, and bigotry in his campaign could not have been elected.

We have paid a heavy price for the excesses of neo-liberalism and its offspring, inequality. A perfect storm resulted in Hurricane Trump, the most disastrous to ever hit the United States.