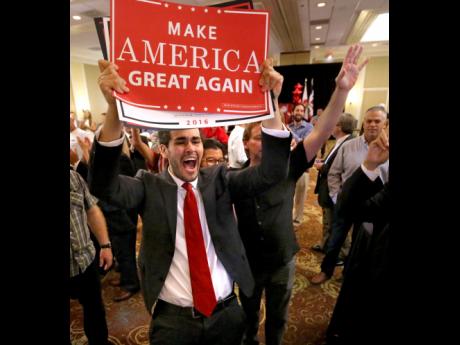 Two decades ago, as I was finishing my postdoctoral fellowship in development studies, I left Oxford to move to Jamaica. When colleagues asked me why on earth I was leaving a global knowledge epicentre for the 'provinces', I replied that I didn't feel I yet understood development sufficiently to write the textbook I'd just been commissioned to produce. Field trips, I told colleagues, were fine for gathering data, but I felt that in order to understand what development meant, I had to live it.

So off I went, packing up my young family. Over the coming years, drawn deeply into Jamaican society by my children, who grew up there and taught me how to understand such things as cricket, I spent lots of time in church halls, at civic meetings, on the radio and television, in boardrooms and on garrison streets, listening to people's stories. Through the lives of others willing to instruct me, I got a sense of what development meant. I picked up the wisdom of common folk and learned that some things that seemed perfect in theory had no basis in reality.

Among my new colleagues in Jamaica, mine was not an unusual career path. But to the colleagues I'd left behind, it was career suicide. With the information revolution under way, we were all dazzled by the new search engines, digital databanks, and algorithmic searches the Internet made possible. Most of my old colleagues were convinced the future of scholarship lay online, and in advanced modelling, and that they would be able, in their great seats of learning, to perfect their sciences in ways that had never before been imaginable. What, they asked, could the musings of, say, an illiterate farmer possibly teach me that would replace what I was now missing in the world's best seminars?

I tried to impress upon them that immersion in my subject led me to see things I would never have otherwise noticed. I could see a tide of resistance building against neo-liberal globalisation - I had lived through the gas riots, after all. I could detect a pattern of speculative bubbles which inflated, one after another, as hot money took advantage of financial integration. I could see how these bubbles were working their way up a global chain and towards the developed world.

But when I published a book in 2004 predicting that a major economic crisis lay ahead in the West, and that the revolt against neo-liberalism would spread there as well, I felt a bit like Cassandra. The Western economy was humming, house prices were rising, and no less an expert than Alan Greenspan was reassuring Americans that home prices would never fall. The best research, by Nobel Prize winners, proved my pessimism wrong.

Yet, even though the experts failed catastrophically to foresee the 2008 crash, their self-confidence remained intact. Had they got out a bit more, into the streets, let alone the ghettos, they would have seen how much authority they had lost.

In the US election, virtually all the professoriate and 'punditocracy' scoffed at the Trump candidacy, just as they had at Bernie Sanders' challenge to Hillary Clinton in the Democratic primaries. They dismissed the insurgent candidates as throwbacks to a forgotten past: Sanders and Trump did no data analytics, they had almost no consultants, they eschewed tried-and-true techniques of media manipulation for giant rallies, they neglected targeted advertising, they operated by gut instinct. All they had were simple tales in which their listeners emerged as heroes.

The polls showed Trump losing, and the expert betting markets overwhelmingly called it for Hillary. Throughout the campaign, expert after expert trundled out the research to show that overwhelmingly, the evidence pointed to the impracticality and even outright danger of Trump's campaign promises. And they were right.

But what the experts couldn't understand is that political debates are seldom won by facts. They're won by stories - by the narratives that give meaning and purpose to people's lives, narratives told by storytellers who listen to what the audience is saying so that they can write them into the tale being told.

So enamoured had the experts become with their computer models that they missed these developments unfolding right under their noses. But if they had been more like Jamaican scholars, had they been spending time in community centres and church basements and legion halls and formica-countered diners, listening to people's stories, they would have long ago picked up the anger that had been building across America for decades.

Above all, they would have seen that their science had failed to give ordinary people the possibility of writing personal lifestories that were going to have happy endings.

Some of those life stories were racist. we know that. But lest we write off the Trump phenomenon as merely a 'whitelash', it's worth remembering that it is not only the white working class that has suffered harshly under the neo-liberalism we were assured was the best science.

The black working class has been decimated over the last two decades. The sociologist Michelle Alexander has noted that if you add all the black males who got locked in prison as a result of Bill Clinton's crime bill to the survey group, the increase in black household income trumpeted by the Clintonites would be pretty much wiped out. And along the way, millions of stories of hope were turned into tales of woe, despair, and apathy.

If instead of looking at the aggregate data, researchers had spent time in inner-city communities, they might have picked up what all the Clinton team's polling missed: despite the threat of a presidential candidate who openly encouraged racism, younger black voters, like so many other Americans, had lost faith in the experts who claimed to represent them.

From those to whom much is given, much is expected. Jamaican intellectuals are inculcated with this sense that the quid pro quo for their relatively privileged existence is that they must serve their compatriots. The best of them never talk down to the people they meet, too busy as they are listening to their stories.

For the quiet revolution to begin in Western countries, the quiet revolution that will unseat the populists like Donald Trump, Britain's Nigel Farage, or France's Marine Le Pen, the experts will have to go out into the world, to get their feet wet and their hands dirty, to appreciate that they don't know it all - to be, in short, more Jamaican. They will then once again learn that some of the best insights they will ever get will come from ordinary people's stories.

- John Rapley, a long-standing Gleaner columnist, is a political economist at the University of Cambridge. His next book, Twilight of the Money Gods (Simon & Schuster) will be published in 2017. Email feedback to columns@gleanerjm.com and jr603@cam.ac.uk.