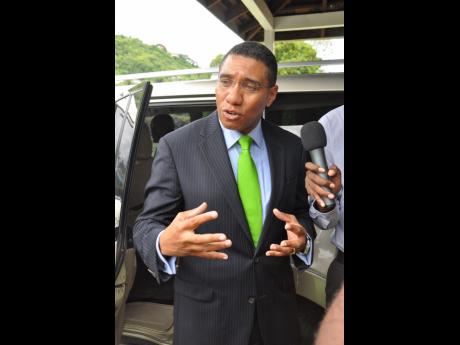 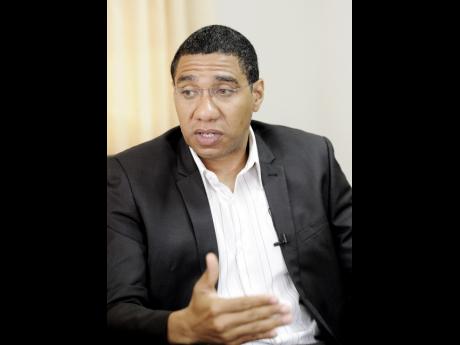 I am tired of writing about crime. I keep saying the same things over and over. The majority of Jamaicans have no need to be convinced of the commonsensical  things which I   say,  but our elite dominates  traditional media  discourse on the issue, and our    politicians  are  in terror of them the way  ordinary citizens are in  terror of  gunmen.
The politicians don’t have the guts and courage of leadership  to  take the tough decisions which they need to make to send a signal to criminals  because talk-show hosts, articulate, well-spoken defense attorneys  and  other  human  rights  fundamentalists  will clobber them if  they dare to  act decisively and tough.  Every prime minister and minister of national security knows that once he starts  talking  tough or takes strong  action  to  make life harder for criminals,  defense attorneys will be on every talk-show and every prime-time television newscast to  make hysterical, histrionic claims of repression and denial of human rights.
Yet  our  journalists, columnists and civil society activists have the gall  to be making calls for the Government to 'do something now'  and  to 'act decisively'  to deal with crime and to “tame the crime monster. They talk  about a whole  menu of things which need to be done  to fight crime. But examine  them carefully. Not one would have any effect  on  murder today or next week. Listen to their recommendations again and ask, 'which one  would make criminals think twice about killing today?'.
Yes,  I agree with all the human rights activists  about   the social and structural changes which are needed to fight crime sustainably. But what strategies can  halt the horrific daily   spate of murders?  When will we have all the money  to effect all the grand social and economic transformation  needed to do all the things which the social justice model demands?
What irks me is not that these human rights fundamentalists are stressing the long-term things which need to be done.  I have no disagreement with them.   My  problem is when these same persons harshly  criticise  the Government  for not  doing  something now,   when nothing they are proposing can have any practical effect on crime now. Nothing. Only one bleeding heart columnist  has  had the honesty to say plainly  that there is nothing that can be done right now to halt crime,  and we just have to invest the time and resources to get it  right.
I respect that kind of forthright admission.  He  does not annoy  me.    But it is those who are writing editorials, columns and who are on talk shows  demanding that Government 'do  something about this crime now!' whose  reasoning repels me.  The only anti-crime measures which can have an immediate  effect on crime deterrence  must  involve some curtailment of civil liberties enjoyed in normal times. We are not in normal times.
It seems that that is dawning on our prime minister. In  his new year’s message he said something very  significant. I just hope he  has the courage to carry it through, after the predictable voices in the defense bar get on early morning,  mid-morning,  afternoon and  night-time  talk-shows and newscasts  to blast him.
He said:  “I believe the Jamaican people are now prepared and expectant of  firm and decisive action in breaking the neck of the crime monster once and for all.”

Mr Prime Minister,  they have been ready for a long, long time.  It is our elite which has not been ready, using sophistry and obfuscation to  escape the crystal clear conclusions: We are  at war with  criminals  and we have to craft anti-crime  strategies to fit that war.
The prime minister has now told us that, “I have been around the country and everywhere I go the cry is the same, deal with the criminals. I no longer detect an ambivalence.” There was never any ambivalence with the people,  Mr Prime Minister. The problem is with our elite, who are as out of touch with  the people’s everyday realities as the American elite was with working class and grassroots people in  in their  country, resulting in that shock defeat to  their  Democratic  candidate.
Our traditional media,  like the American traditional media,  are out of touch  with  grassroots fears, concerns and  views.   These ordinary Jamaicans  are seen as just  'panicking', after 'revenge' and not being sophisticated or  enlightened enough to understand the intricacies of human  rights issues.
We have a prime minister who is social media savvy and who is directly in touch with multiple tens of thousands of people through those platforms. His thinking is not just influenced by what traditional media discourse is. While I know he remains sensitive to that, he is acutely aware of a broader constituency; a constituency whose interests don’t converge with those of  the defense bar.
I was happy to hear the prime minister announce that “we will be creating the legislative environment to support the establishment of the rule of law in communities where it is absent and to separate criminals from communities they have captured.” He went on to say:  “We will be creating under this framework, zones where the security forces and other Government agencies will be able to conduct special long-term operations in high crime areas, including extensive searches for guns and contraband.” Excellent!
Expect to hear defense lawyers on every talk show and to see editorials and columns inveighing in Manichean terms about an approaching  Apocalypse  and the end of democracy and human rights in Jamaica. If the prime minister is not prepared to press ahead despite that;  if he displays the fear which has crippled others from decisive,  tough  action, he will back away from whatever he announces as soon as he does.
The power of  the media/defense bar  elite  has  to be resisted. The courage of Andrew Holness’ leadership will be severely tested on this issue of security. Peter Bunting used to boast about how curfews had declined under his watch. There  must be more curfews, searches and  detentions in areas  of high criminality. Certain  people who nobody dares testify against and  who can afford the highest-priced criminal lawyers must be taken  off  the streets  and detained. You could say until you are blue that  it is because  my children will not be scraped up. That diversionary argument won’t detain me.
People in inner-city communities know  that there are  certain  criminals  who are well-known  but whom nobody can testify against in a court of law.   These  guys  can hire the best attorneys to defend them or to get them  on bail  where they can kill more  people.
Let  them and their attorneys  protest; let all the editorial writers, columnists and  commentators come out in unison against the measures you are coming with, prime minister, have the guts to implement them in  the interest of Jamaica and  its future.  Don’t be intimidated by elite lawyers with uptown diction and  impeccable media connections.  The people are not listening to them.  The people know better.  They  don’t have  safe uptown houses . The prime minister said in his new  year’s address that he was confident that this year  “will  be the breakthrough year in bringing the crime monster under control,  while respecting the human rights of every citizen” . I am  for respecting human rights.  I  am not calling for extra-judicial killings or police abuses.
But I am calling for locking down certain communities, locking away certain known crime perpetrators; going into homes without search warrants and stopping vehicles on the road. Curtail some of my civil liberties in the interest of all. You can’t have human rights if there is not a viable state.  We cannot allow Jamaica to become a failed state and to let our prospects for economic growth evaporate before our eyes because our  politicians and  chattering classes  are cowards. Enough  is enough!