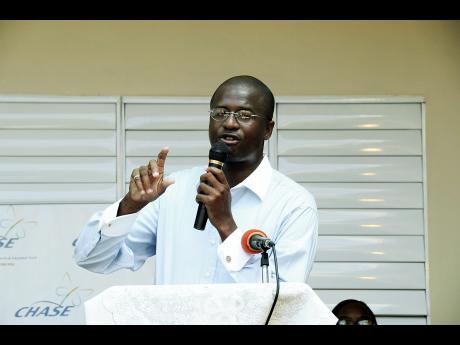 The application for a Supreme Court injunction to bar the tabling of a report to Parliament from the contractor general raises serious constitutional questions and should be watched carefully.

The contractor general had already submitted his report to Parliament in accordance with Section 28 of the Contractor General Act, hence an injunction to bar him from tendering the report could not be sought. That report is now the property of Parliament. According to a Gleaner report, the speaker of the House of Representatives and the president of the Senate, who are required by the same section to table the report in their respective chambers "as soon as possible", are to be "added to the legal process".

The contractor general enjoys considerable power and immunity in carrying out his functions. As the chairman of the joint select committee that considered the draft legislation in 1983, I can confirm that this was intentionally and expressly provided in the bill that Parliament subsequently enacted into law.

The act provides that in the exercise of his functions, the contractor general "shall not be subject to the direction or control of any other person or authority". In conducting his investigations, he "may adopt whatever procedure he considers appropriate to the circumstances of a particular case and, subject to the provisions of this act, may obtain information from such person and in such manner as he thinks fit". No legal action may be taken against the contractor general "for anything he may do or report or say in the performance of his functions under this act".

I don't intend to comment on any of the matters contained in the report. My concern is with the attempt to have the court interfere in the proceedings of parliament.

Obscure though it may appear to be in Westminster democracies, there is an important separation between the legislature and judiciary that is fundamental to our system of government. Parliament makes laws; the court interprets and applies those laws, as well as the Constitution to matters brought before it, and it has on occasion declared acts of parliament to be unconstitutional. However, there is a line that, based on the Constitution, statutes and long-established principles, the court does not cross.

It is a well-established practice that discussion on matters before the courts is not allowed in Parliament. This is specifically provided for in Standing Order 35, which says that reference shall not be made to any matter on which a judicial decision is pending. But even here, in order not to unduly limit the privilege of Parliament, discussion is only prohibited if it is conducted "in such a way as might prejudice the interests of the parties thereto" and that determination is left to the discretion of the chair.

I know of no situation in which the court can intervene, even if that discretion is recklessly exercised. In the instant case in relation to which the injunction has been sought, I am not aware of any relevant matter on which a judicial decision is pending.

Section 48 of the Constitution provides that Parliament may, by law, determine the privileges, immunities and powers of the two Houses of Parliament. It has done so by way of the Senate and House of Representatives (Powers and Privileges) Act, which states, in Section 12, that where a question arises as to the right or power of either House to peruse or examine any paper, book, record or document, that question shall be determined in accordance with the usage and practice of the House of Commons.

The practice in the House of Commons is manifestly clear and well recognised. It is derived from Article 9 of the Bill of Rights of 1689, which states that "the freedom of speech and debates or proceedings in Parliament ought not to be impeached or questioned in any court or place outside of Parliament" and that is recognised as one of the essential privileges of parliament.

The issue of the use of court injunctions to restrict public discussion of a matter and its implications for parliamentary privilege attracted particular attention in 2009 when a British MP raised questions in the House of Commons about the dumping of toxic waste in the Ivory Coast by Trafigura Beheer, which was then the subject of proceedings before the court. Trafigura secured an injunction barring the media from publishing what was said in the Parliament.

It is important to note that the court carefully did not seek to apply the injunction to Parliament's privilege to discuss the matter but only to prevent the media from publishing what was said. This caused such a public outcry that a judicial committee led by Lord Neuberger (currently the president of the Supreme Court) was appointed to review the application of such injunctions.

The report of the committee is particularly germane to the matter at hand. In dealing with the issue of parliamentary privilege, it declared that "court orders, however framed, cannot interfere with, or inhibit, parliamentary speech, debate or proceedings" and that "neither the courts nor the Crown could interfere with the business of Parliament".

The committee asserted that this "is an absolute privilege and is of the highest constitutional importance. Any attempt by the courts to go beyond that constitutional boundary would be unconstitutional. No super-injunction or any other court order could conceivably restrict or prohibit parliamentary debate or proceedings".

The then chief justice, Lord Judge, was just as definitive: "I simply cannot envisage that it would be constitutionally possible or proper for a court to make an order which might prevent or hinder or limit discussion of any topic in Parliament or that any judge would intentionally formulate an injunction which would purport to have that effect. We use the words 'fundamental principle' very frequently, but this is a fundamental principle."

In January of this year, a judge in Uganda issued such an injunction that led to the intervention of the chief justice, who described it as an "erroneous decision", and it was withdrawn.

It doesn't seem to me that in this application for an injunction, the speaker and the president of the Senate can be "added to the legal process". Nor is it a matter on which the valuable time of the court ought to be wasted.