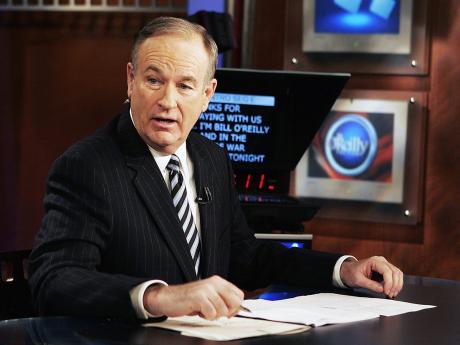 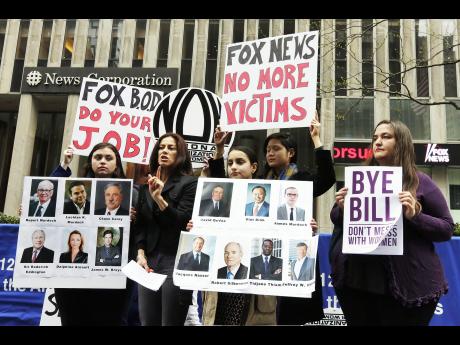 The stunning fall of the most powerful man in American cable television has generated much commentary, but one thing is certain: If Bill O'Reilly were operating in Jamaican media, he would still hold his position today. We could care less for trivial pursuits such as sexual harassment.

In the Jamaican corporate world, what the Fox News megastar got dumped for takes place routinely. O'Reilly did not end up getting sex from any of the women, nor did any charge that he even so much as touched them. He just used words. Which in our culture is just wind. Just the normal, expected thing of chatting up a woman, for, after all, macho men 'love woman, not man'.

That a man who had brought in US$446 million in just two years 2014-2016 for Fox News, which he transformed into the number one cable network in the United States, trouncing CNN, could be fired says a lot in a capitalist society. In a society that prizes money and profits and in an industry so heavily dependent on personalities, to send a man packing who has four million viewers nightly speaks volumes. It speaks to the power of values. That values can trump money. In some societies and in some contexts.

It's all a matter of the things people care deeply about and how moral revolutions happen. (Noted philosopher Kwame Appiah has an excellent book on that subject titled The Honor Code: How Moral Revolutions Happen).

Americans did not always take sexual harassment seriously. It is no accident that the decision to fire O'Reilly was taken by the two Murdoch boys who are now running 21st Century Fox. That generation has been more sensitised to sexual harassment. Values matter, and human beings can decide that there are some things that take precedence over money. Though, ironically, Fox's decision was driven proximately by money. More than 50 advertisers had abandoned 'The O'Reilly Factor' and the company's stock had declined by six per cent since The New York Times, O'Reilly's favourite punching bag, had carried an exposÈ on him on April 1, which proved to be no April Fools' joke.

Values matter. What distinguishes human beings from all primates is moral cognition. Whenever we cede that to instinctual drives or impulses, we devalue our essential humanity.

Gretchen Carlson, prominent Fox anchor, had the moral courage to file a lawsuit against the all-powerful Fox Chairman Roger Ailes, charging him with sexual harassment. Other women had suffered in silence. Prominent former Fox star Meagan Kelly confesses in her recent book that she strategically did not go public with Ailes's sexual advances to her because she was too young in her career, and she knew that she would have had no chance at stardom had she done so. Others have made that pragmatic decision.

Carlson's lawsuit emboldened other women to come forward with what seemed like allegations that would go nowhere. Ailes was feared by presidents, prime ministers, and top corporate executives. What chance would lowly women have against him? (I went back to my library to pull out the more-than-500-page biographical tome The Loudest Voice in the Room to reacquaint myself with his rise to enormous power.)

Nobody thought Ailes could fall and that the Murdochs would dispense with him. Strike one for the power of courage to confront injustice. But Ailes would be in his position today if there were not a groundswell of opposition to sexual harassment and the advance of women's rights in the United States. Sexism has become abhorred just as racism has. America is still a sexually permissive society. Don't mistake that culture's growing condemnation of sexual harassment with sexual hypocrisy or ambivalence.

Sexual harassment is not about sex per se. It is about the abuse of power and the abuse of women's rights. It's a justice issue, not strictly an issue of sexual morality. But courage is needed in this fight and, unfortunately, there is too little courage shown by some women. Many prefer to be paid for their silence. Fox and O'Reilly purchased the silence of the abused and sexually harassed women for $13 million.

Ah, but, happily, America has a free press. And mainstream media still work. Social media ran with this story and gave it legs, but it was the venerable New York Times that went behind all the payoffs and raised this issue yet again. It was not the first time that there were allegations against O'Reilly, but he survived other charges, and Fox continued to shield that serial sexual harasser and pervert even after they had to pay out huge sums for his transgressions. He was too valuable to their bottom line and they could get away with it then.

The New York Times' exposÈ drew a torrent of protest on Twitter, and an anonymous group called Sleeping Giants went to town in organising a most impressive and effective campaign targeting advertisers and consumers, which led to more than 50 companies abandoning O'Reilly and forcing the Murdochs' hand. The Murdochs are trying to tie up a massive deal with Sky News and continuing controversy over O'Reilly could threaten that multibillion-dollar deal. Money talks, and no matter how big and powerful you are, when you stand in the way of Money (capital M), you are crushed.

But we again come back to values. There were sufficient people who cared enough about the value of a woman's right not to be sexually harassed in the workplace. Those persons protested, placarded, tweeted, and pressured powerful advertisers to flee Fox.

What would be the effect if people in Jamaica began to take sexual harassment issues seriously and confronted the blatant sexism that masquerades as Caribbean cultural specificity?

I can hear libertarian Oral Tracey saying that a man begging a woman a little $#@ in the workplace a nuh nutten. It's what normal men do. When you hear what offended these women, it seems like child's play to what we regularly say to women in the workplace every day. There are institutions in Jamaica where it is well known and accepted that women have to sleep with their bosses to keep their jobs and where promotions are dependent on not just giving phone sex, but giving it all.

Young girls are exploited in this high-unemployment economy by corporate bosses because they need the little work. Do our women in media have their own stories to tell? Will we ever hear publicly? They will certainly be discussing this article. Bill O'Reilly would be very safe in the Jamaican environment. For what he is asking would not be considered any big thing here. It's 'just a little sex'. Or perhaps some harmless dirty talk on the phone.

The O'Reilly case again shows the importance of character the importance of impulse control. No matter how intellectually brilliant you are (O'Reilly is Harvard trained), no matter how talented, if you don't have self-control, if you can't tame your inner demons, you are always vulnerable. Character matters. And, especially, when you get on your high horse and are self-righteous crusaders like O'Reilly, you have to be morally circumspect.

In the biography, The Man Who Would Not Shut Up: The Rise of Bill O'Reilly, Marvin Kirtman quotes a prescient statement from O'Reilly friend, the late journalist Peter Jennings, who said in 2003: "What I worry about him is that he will implode one day." He continued: "Because it's quite a high-wire act he does. While I think he has a very good internal core I think he believes in family, believes in his wife, believes in his children ... somehow he has an internal governor regulate all of this, but one of the strings is rusty."

Well, more than one rusty string, as he lost his wife and his children, who refused to live with him after seeing him abuse their mother; and he has proven to be a compulsive sexual harasser. He was not as lucky as his friend Donald Trump.

- Ian Boyne is a veteran journalist working with the Jamaica Information Service. Email feedback to columns@gleanerjm.com.