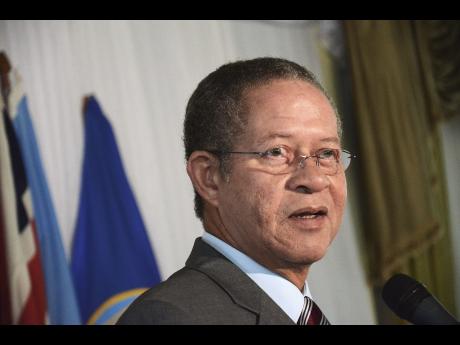 A university education is an expensive investment. Tuition fees alone at the five universities in Jamaica range between $800,000 and $1.3 million for the full duration of a first-degree course. It is the most expensive investment, other than building or purchasing a house, that most working families can ever hope to make in their lifetime. How do these students fare after graduating?

Recently, the cashier at my regular service station asked me to help him to get a 'better' job. When I enquired what was wrong with his current job, he explained that he had a bachelor's degree in business management, but not having been able to find a job for more than a year, he grabbed that one when he heard there was a vacancy.

Some years ago when my secretary was getting married and went on six weeks' leave, the person she recommended to act for her had a master's degree in human resource management but had been sitting at home for more than nine months unable to find a job. At the Office of the Prime Minister, I was surprised to find a young lady working in a junior position in the Chancery, having returned home with a master's degree in international relations from the University of London.

I reflected that when I graduated from UWI in 1969, my classmates and I joked that we were never interviewed by a prospective employer. Rather, we interviewed them because all the major companies were on the campus as soon as exams were over-seeking eagerly to hire graduates. Of course, the entire graduating cohort then numbered just over 400. Our five universities currently produce more than 5,000 first-degree graduates each year.

I have come across several unemployed university graduates, but reliable data on their numbers are hard to come by. The UWI conducts periodic tracer surveys of its first-degree graduates. On the face of it, the data are troubling. The survey of the 2013 graduates was conducted 18 months after graduation. It found that 77 per cent were employed and 11 per cent were still unemployed. The rest were pursuing higher studies or, for some other reason, not seeking employment. One-fifth of those who were employed spent more than six months before they were able to find a job.

Status of 2013 first-degree graduates in March-April 2015

Not seeking employment for other reasons 2%

Secured employment between six and 12 months 10%

Secured employment between 12 and 18 months 5%

The data must be interpreted with some caution because only 433 of the 2,581 persons who graduated with first degrees in 2013 responded to the survey, and they are not necessarily representative of the entire cohort. Even so, the figures appear to be in sync with my own observations and those of several persons with whom I have spoken. I haven't been able to lay hands on comparative data for the other four universities, but I doubt that their outcomes are any different.

On reflection again, apart from those of us who went on to sixth form, almost all of my classmates who completed fifth form at St George's College in 1962 readily found jobs in banks, insurance companies, government offices, and industrial and commercial establishments with merely their Senior Cambridge Certificates (GCE O'Level equivalent). Today, those jobs are likely to be taken by university graduates, making it extremely difficult for a high-school leaver, even with more than six O'Level credits, to find a job.

More shocking are the salaries earned by most graduates. The tracer survey for the 2013 graduates placed the median income at slightly over $1 million. The survey of 2014 graduates was done a mere four months after graduation showing an employment rate among graduates of 53 percent. This was much too short a time to gather reliable data on employment outcomes. However, it provides useful information on the range of salaries among those who managed to find jobs. More than 60 per cent were earning less than $900,000 per annum.

At first, I found these numbers hard to believe and thought they were understated until a friend told me that her son who graduated from the law school which normally commands higher salaries was offered a starting salary of $1.2 million by one of our major law firms.

There are no studies that track how these salaries move after, say, five years of employment, but these numbers must have a chilling effect on graduates and their families who have sacrificed and invested so much in obtaining that first degree. I know of many university graduates still living with their parents more than 10 years after graduating, not by choice, but because they simply cannot afford to do otherwise.

With the average income of a university graduate being less than half the minimum wage in the United States, it is hardly any surprise that we lose so many of them to migration, a significant deficit to the country, having invested so much public funds in their education.

A study of migration patterns in Jamaica sponsored by the Global Development Network based in New Delhi and the Institute for Public Policy Research of the United Kingdom that was carried out in 2009 by some of Jamaica's most distinguished researchers found that 14 per cent of the Jamaicans who migrate are university graduates. That would amount to 3,500 of the approximately 25,000 Jamaicans who migrate each year and would be equivalent to two-thirds of the annual output of first-degree graduates.

The oft-quoted figure of 80 per cent based on a study (Carrington & Detragiaches) published in an IMF quarterly magazine in June 1999 is overstated since it misleadingly included Jamaican migrants who obtained their degrees after leaving Jamaica. Still, 66 per cent is a staggering figure, and it would be much more if the migration process were not so restrictive.

There are other interesting findings from the tracer surveys. The public sector was the largest source of jobs, accounting for almost half of the graduates that were employed, primarily in the education and health services. Just over a third found jobs in the private sector. The rest were self-employed or found jobs in NGOs or with international organisations based in Jamaica. Surprisingly, the median salary for those employed in the public sector was higher than in the private sector. Notably, too, the differential in the median salary paid to male and female graduates was negligible.

The plight of university graduates is, in large part, a reflection of our prolonged period of anaemic growth and the inability of the economy to absorb and adequately remunerate them. It also suggests some misalignment between the studies being pursued by students and the demands of the labour market. This is evidenced in the fact that the number of work permits issued to foreigners for professional, managerial, and technical jobs is almost equal to the number of university graduates who migrate each year. It is an issue that the UWI has recognised and is committed to addressing.

However, much depends on the course choices made by students themselves and the availability, currently inadequate, of accurate information to guide those choices. Much more depends on the pace at which the economy finds a path to robust, sustained growth that will not only facilitate, but require, the absorption and better remuneration of more university graduates. In this case, economic growth is the chicken; the retention of university graduates is the egg.