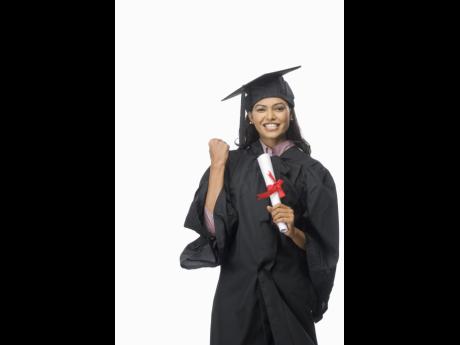 The prime minister used the occasion of his belated induction to UWI's Wall of Honour to talk about the cost of university education.

This was followed by a very thoughtful column on the issue by Bruce Golding ('Accessing university education', Gleaner, May 8), during which he took a pragmatic and economic look at the problem and posited some solutions. For me, the most important point he made was as follows:

"Some years ago when I directed the SLB to earmark a portion of its loan disbursements for study in disciplines that were in short supply, the Guild of Students complained that it was interference with academic freedom. University education is an expensive investment, and that investment decision cannot be based solely on intellectual excitement or appeasement. The attitude of some student borrowers who confuse obligation with entitlement would have to be curbed."

Isn't it amazing what the removal of the burden of involvement in active politics can do to one's ability to think laterally? This is a perfect statement of the REAL problem and the reason why I steadfastly refuse to join the 'cost of tertiary education' debate. I prefer that Jamaica first concentrate on providing a meaningful education for all students, especially tertiary students.

When Bruce Golding writes that SLB disbursements should be "for study in disciplines that were in short supply" and that "university education is an expensive investment and that investment decision cannot be based solely on intellectual excitement or appeasement", I can only concur. THIS is the problem, NOT the cost of calling oneself a BA or BSc only to sit at home jobless for years.

As usual, our politicians have everything backwards. Forever they put economics first, people after, when it should be the other way around. The priority MUST be to provide a relevant education for the life that'll face each student after graduation and NOT to teach students to pass various, irrelevant standardised tests.

For example, look at tertiary education in law. The Faculty of Law provides an excellent three-year course in legal academics, which includes being forced, annually, to jump through hoops called 'exams'. After three years, graduates are rewarded with LLB degrees.

Then the profession requires two additional years of postgraduate study in the practical aspects of the law at an institution insultingly named The Norman Manley Law School (NMLS). I say "insultingly" because the legendary Norman Washington Manley would NEVER use the NMLS method to teach any associate to practise law. NMLS students are subjected to two more years being taught in lecture theatres, learning more academics, and taking more exams.

Recently, NMLS introduced a course in advocacy - a subject that can't be taught. It can only be learned, by which I mean that advocacy is learned by watching senior advocates at work, picking up various techniques, and bringing your own personality to bear on the art. Advocacy can't be taught with texts and tests. NMLS students are also required to rack up a certain amount of 'court attendances', which, unsupervised, end up being a stop in several courts for the day obtaining as many autographs from as many counsel as will oblige. Nothing is learned.

Many students don't know how to find the Companies Office or Titles Office (or even their websites) or what to do there if they found them. In my first six months working as an associate in a large law firm (no Internet), I wasn't allowed to do any real work. I watched and learned. Many of the persons from whom I learned important practical topics weren't lawyers. I learned much Resident Magistrate's Court practice and procedure from the great Joe Murray, a paralegal with extensive experience who didn't have the academic qualifications but could run rings around many senior lawyers. His secretary, a beautiful, talented, compassionate, and highly intelligent lady named Joy Haughton (now deceased, sob), kept a book of RM Court precedents known to all young lawyers as 'The Bible', without which we'd have floundered and been lost in the maze that is civil practice.

Our Titles Office clerk, whose son is now a lawyer, took me to the Titles Office, introduced me to the staff, and showed me the ropes. At that time, the registrar was a very religious lady, and, at 10:30 sharp every morning, I was taught to stop whatever searches I was doing and wait for prayer that came over the intercom. These are vital tools to any lawyer's practice that you just won't learn in a lecture theatre. Yet, after two years of zero practical progress in the NMLS, the student is issued a piece of paper permitting him/her to go out into the world and charge people money on the presumed basis that he/she is a lawyer. Bah!

Tertiary education must serve society's needs. UWI churns out 300 'lawyers' and 300 'doctors' per annum. I concede that the medical education on offer is far superior to the legal education and far more likely to produce a useful end product. Still, our tertiary education, as a whole, isn't geared at Jamaica's needs and is weak in many courses it does offer. For example, in my opinion, Jamaica's greatest need is teachers, yet the UWI doesn't offer teacher training at any level. Accordingly, teachers out of tune with modern requirements teach syllabi aimed at passing standardised tests rather than life. Jamaica needs IT specialists capable of writing their own programmes and farmers capable of introducing technology-driven farming methods. Yet, the UWI continues to focus on sexy degrees of little utility.

Government seems intent on running around in ever-decreasing circles until it disappears up its own rear end. This is a direct result of failure to commit to appropriate educational reforms dedicated to producing graduates able to survive the future. So, on May 3, the prime minister (having bailed out delinquent students) proposed that Government should shift from directly subsidising tertiary fees to supporting students' access to financing. Accepting it wasn't so much economic as social policy, he warned: "When you are taking social decisions, the responsibilities are on both sides. So, those who have benefited from the decision must pay back and pay forward. So, yes, we have assisted, but you must pay back, so that others can benefit, and you must pay forward and help others who are coming. Give back to society."

Ironically, just seven years ago, Jamaica's education minister announced a policy that reallocated state resources to earlychildhood education. This resulted in skyrocketing tertiary education fees, which led directly to the current situation where too many UWI students just can't afford to pay. In 2010, the education minister said:

"Part of the Government's strategy will be the creation of a social-marketing campaign to encourage parents to plan for tertiary and to start saving early for tertiary education."

Wonder where that 2010 education minister is now.

Round and round the mulberry bush

the monkey chased the weasel.

The monkey thought it was all in fun.

It's time to stop pussyfooting around education and make radical change our watchword. Teachers must be the most highly qualified and paid public servants. That process should begin NOW, with UWI offering postgraduate teacher training. These highly paid teachers must educate for life, NOT standardised tests.

First, we implement these critical reforms, then we can discuss how to pay for tertiary education. My perspective? If you're studying at UWI for what Bruce Golding calls "intellectual excitement or appeasement", then you must pay for it, upfront, in US$. If UWI offers a PhD course in teaching (or a subject helpful to future teachers), or tourism, or business (including customer appreciation), or the application of IT to small farming, Government should ensure that students' fees are advanced on whatever terms, including bonding, are necessary.