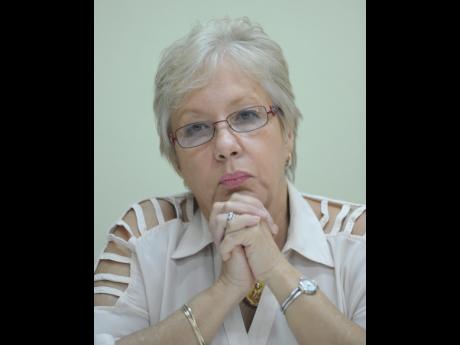 Ever wonder how it is that the average American citizen seems so familiar with his or her constitutional rights? It is not by accident. The State takes deliberate actions to ensure that citizens are informed about, and feel empowered by, the constitutional protections. Its various provisions and amendments are invoked at every opportunity in national

policy discussions. Think, for example, of the debates in the US about gun control, or some groups' freedom of expression or speech, or about the limits of the power of the president. The constitution frames the discussions.

In Jamaica, we have a far way to go to make our Constitution be a widely familiar and well-referenced tool that truly empowers and protects every citizen and strengthens our framework for governance.

The Jamaica Civil Society Forum (formerly Coalition) and the Caribbean Vulnerable Communities Coalition have recently collaborated on research that shows that despite the more than 40 years of talking about, and slowly acting on, constitutional reform, the majority of recommendations have not been implemented.

The research is aptly titled Unfinished Business: An Analysis of Constitutional Reform in Jamaica. It documents a long, sporadic process, with some important moments of consultation and participation such as happened in the 1990s, but with limited impact on the outcomes. Even recommendations of official bodies such as the Constitutional Commission that operated between 1992 and 1994 had little impact on the decisions of the Parliament. Of the approximately 49 proposals presented by the commission, only 17 were adopted and resulted in amendments. Most, but not all, amendments that were accepted were in relation to introducing new rights. Virtually none dealt with the structure of government and political process.

Every genuine right added to the Constitution is a welcomed development. The Charter of Fundamental Rights and Freedoms, eventually passed in 2011, added a few 'socio-economic' rights to the 'civic' rights of the Independence Constitution and ensures greater protection to individuals against abuse by the State.

These are important rights that we need to ensure everyone is fully aware of, understands, and begins to take steps to exercise and to challenge duty-bearers to carry out their responsibility to uphold. Take the right to a healthy environment, for example. It is being breached every day. When we demand action be taken to address poor environmental management such as at the Riverton dump, we are to understand that the improvements we seek are a RIGHT subject to protection that we can pursue all the way to the courts, if necessary. The role of our various civic groups and institutions like the Office of the Public Defender is important in aiding us to stand up for our rights.

Although the Charter of Rights and Fundamental Freedoms is an advance, some of the constitutional reform recommendations called for us to go further. The Parliament, however, appears to be timid. It has not acted on the recommendation to ensure that all citizens are protected from discrimination on the basis of disability, health status, if they speak Patois, have a mental illness, or are different in sexual orientation and gender identity.

These have been recommended for inclusion in the anti-discrimination provisions of the Constitution but remain left out. Although a Disability Act was passed in 2014 and addresses discrimination, the law still cannot be enforced, as an effective date has not been established by either the previous or present government. The greatest constraint on our rights as citizens is, however, the savings clause in the Constitution that preserves laws which predate the Charter of Rights from challenge. Where courts would regularly review laws to determine their constitutionality, the savings clause prohibits such review from ever occurring, thus restricting the application of new constitutional interpretations, and undermining the natural checks and balances that apply in all other situations.

While the intended consequences were, it appears, to constrain the rights that can be claimed by LGBT Jamaicans and to preserve the death penalty, denying access to rights for some diminishes the rights of all.

In comparison to the progress made on rights, it is clear that important political reforms are being studiously ignored. There has been no movement on recommendations to allow for impeachment of parliamentarians and public-sector officials, or recall of non-performing members of Parliament. There has been no move to implement a fixed date for general elections, or term limits for prime ministers and there is seemingly no appetite for doing away with the British monarchy as Jamaica's head of State, or giving important agencies such as the Office of the Public Defender and Electoral Commission greater protection by entrenchment in the Constitution, which their own interim legislation calls for. These are matters that have been pending for a few decades. They will not happen unless we the people increase our demand for them.

The foregoing are matters that no doubt need further public discussion. But, there is one aspect of our unfinished constitutional reform agenda that is relatively small but important in both symbolism and substance. It is the legal status of the Constitution.

It may come as a surprise to many that the Constitution we received 55 years ago this year is an Order in Council to a British law, passed by the British Parliament that has, still not been adopted as a law of the independent Jamaican Parliament. How and why has this been overlooked for the entire time that we have been an independent nation? With the 55th anniversary of our Independence in view, this oversight speaks volumes about the extent of true ownership of the Constitution by us as a people.

The Constitution is a central foundation in the journey of nation building.

All societies undergo change over time, with changing norms and expectations. Constitutional reform should, therefore, become an ongoing agenda item. So that the process is truly 'owned' by all the people, we must have a meaningful and substantive role in the deliberation and shaping of the constitutional reform agenda and process.

We need a genuine process of awareness-raising and public participation. A structured programme of education is necessary, not only in the formal school system but through our various organisations at the community and national level.

It is time to let the Constitution live.