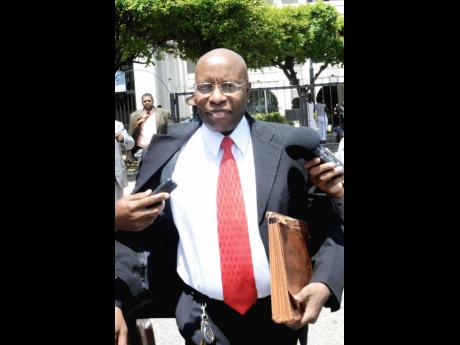 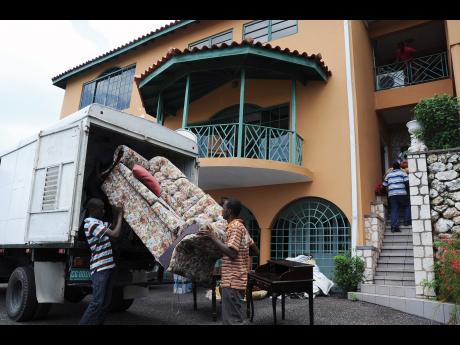 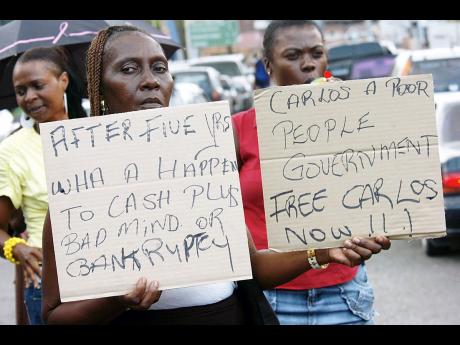 Norman Grindley
A pro-Cash Plus protester bears a placard outside the Corporate Area Resident Magistrate’s Court in Half-Way Tree in this April 2008 Gleaner photo.
1
2
3

Jackass say "The world nuh level!" because some Hills can apparently never be crossed. Carlos from the tribe of Hill, reputed mastermind of the biggest Ponzi scheme in Jamaica, walked scot-free last week because only one of the 16 witnesses turned up during the trial. Doubtless, this is one of the most repugnant things we have heard in recent years, given that thousands of gullible Jamaicans lost millions in the abyss named Cash Plus. In the greatest misnomer in history, it was very little cash going to the investors, and certainly not a plus or multiply, but rather a divide and subtract.

Right now, only Hill and his attorneys are smiling, and there is even a report of a prominent attorney declaring that Cash Plus was not a Ponzi scheme. If I, a strong Marcus Garvey advocate, can accept that our first national hero might have actually been guilty of the similar offence the Americans convicted him of, that learned mouthpiece is clearly well-suited to write scripts for the comedy hour, except that the destruction of people's lives who are led like rodents behind the Pied Piper of Hamelin is nothing to laugh about.

The only positive spin on this is that Hill is no longer wearing the greasy throwback 1970s hairstyle, choosing now to go bald and clean, in a manner of speaking. Now, don't be mistaken. I totally agree with the position taken by the director of public prosecutions (DPP) that the case should be discontinued and that he be freed of all the charges. After all, there is a clear and important distinction between something being 'good law' or judicially sound on the one hand and being just, fair, and right on the other. It is a grim reminder.

Inasmuch as courts, to some extent, are guided by the truth, it is not the main focus of judicial procedure. In fact, the only place where one finds justice and truth in the same place in the Commonwealth is in line five of the first verse and line six of the second verse of the national anthem. Justice and truth are uneasy bedfellows and lie together only in a prayer.

Let me be unequivocal. I totally understand the rules of evidence and the procedures that govern the determination of guilt. Indeed, the technique of introducing a smattering of doubt by defence lawyers is a well-worn approach to the principle of establishing guilt beyond a reasonable doubt. In most criminal cases, the threshold of proof requires human beings who are willing to speak up, and, in particular, in a court where they face 'yeranna' and two opposing sets of lawyers. It was the same in the infamous X6 murder trial. Everybody 'knew' what had happened, but no one saw or was willing to turn up in court.

Similarly, the homicide detectives who have continued to increase their clear-up and arrest rates over the past three years are often thwarted in court when a star witness goes away like the moon or simply eclipses.

This is the justice system that we have accepted over the centuries, and flawed and inadequate as it might be, we have to play by the rules until Parliament takes additional doses of testosterone and treats the familiar contemptible aspects as they should be. Understand this: I think that the false-start rule in track and field is fox crockery, but it is the rule. Similarly, Jamaican curse words that are Patois descriptors of intimate parts and participles are unlawful speech, and though ridiculous, I know what the law says. While I advocate for the changing of the stupid legislation, I have to obey it. Still, I want to ask: If we have an accused before the court, where the agents of social control have reasonable grounds to charge him, why should he not be required to answer those charges, witnesses or not?

Imagine living in a household where you are interested in keeping your children in check. You want to teach your children the importance of honour and standing up to their responsibilities if they commit wrong. When socialising children (and adults for that matter), we hold a society together by emphasising their need to fess up and be truthful. Everyone who is in Parliament, the judiciary and the General Legal Council, knows the memory gem 'Speak the truth and speak it ever, cost it what it will. He who hides the wrong he did, does the wrong thing still."

Nevertheless, there is a cardinal principle in criminal law that is as uncomfortable as a pair of spangie jeans. American law, based on the 1791 Fifth Amendment to the Constitution, prevents an accused from being forced to give statements if he might self-incriminate. This is also enshrined in British judicial decisions over the past centuries. But let us be honest as a nation: Are we happy with a justice system where someone who is suspected of committing an offence simply has the right to clam up? Would you accept this in your household when you ask young Casbert, "Cyazzy! Did you eat out the ice cream?" Imagine the little runt answering, "I plead the Fifth, Daddy, because I do not want to incriminate myself." We reap what we sow.

Nothing in law says that Parliament cannot change that. In the United Kingdom, Section 2 of the Criminal Justice Act 1987 empowers the Criminal Fraud Office to demand any person or financial entity to turn over any requested documents or to respond to any relevant questions. Before a Grand Jury in the USA or in the military during war or 'public danger', one has no right to silence.

In Japan, a country with a deep tradition of family and societal honour, bench trials are the norm, and, interestingly, confessions are very popular. While there is no perfect comparison, I cannot help being impressed with a homicide rate of 0.3 per 100,000, less than one-tenth of the American, and a 90 per cent conviction rate for certain crimes.

This is Jamaica. I am not interested in any innocent man being convicted, but no guilty should walk free.

- Dr Orville Taylor is senior lecturer in sociology at the UWI, a radio talk-show host, and author of 'Broken Promises, Hearts and Pockets'.