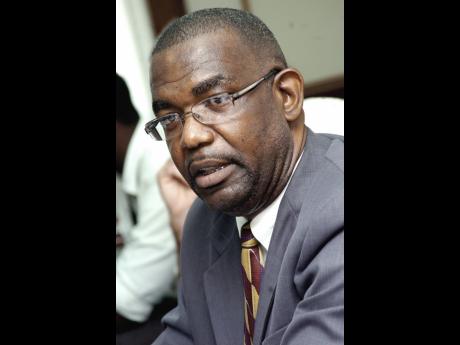 The fast-growing importance of higher education across the Commonwealth and the world at this juncture can hardly be denied. All countries - developed or developing - are using it for some purpose of utmost significance, whether it is as a support for democracy or as the driving force for the economy.

Despite the universal recognition of its importance, higher education (or the more comprehensive term, tertiary education) is plagued everywhere with some financial constraint or the other. Furthermore, as indicated in a study done by Dr Subhamoy Das, a professor at the University of Calcutta in India, the number of students seeking higher education, especially in the Caribbean and wider Commonwealth, is snowballing at a galloping pace with which the budgetary allocations of the governments cannot cope. The telltale signs of this are now being manifested glaringly in some countries in different forms such as crowded institutions of higher learning, retrograding faculty-student ratios, higher tuition, and other fees.

A handy solution to this financial constraint is cost sharing. The costs of higher education are generally borne by four parties: governments (or taxpayers), parents, students, and philanthropists. At least in Jamaica, the policy is such that at least a portion of the costs of higher education is shouldered by the students and their parents instead of governments and taxpayers bearing the entire amount.

The arguments centre around the fact that although there is considerable social return in more students pursuing higher education, the common taxpayers are not able to partake of the much bigger private returns (in the form of higher income, better lifestyle, more social status, and other indicators).

Moreover, the total cost of higher education in general is becoming so monumental that state funds within the region must be complemented by non-governmental resources. Since it is very difficult, and in many cases impossible, for students and their parents to initially bear a significant portion of these expenses out of their coffers, the need arises to postpone such expenses until the student starts earning his/her own income. Consequently, a larger number of countries in the Caribbean and wider Commonwealth now have more established student-loan programmes that help students to fulfil their targeted dreams of pursuing higher education with little immediate financial burden.

Empirical studies on student loans in different countries provide details of the objectives, design, and implementation of alternative programmes or schemes. For instance, a review of student-loan programmes in select countries is quite telling.

In Australia, students can pay for university courses using the Higher Education Contribution Scheme (HECS). The selection criteria for HECS are based on the rank achieved in the secondary school final examination.

HECS fees are government-subsidised and are substantially cheaper than full-fee paying places that have lower entry requirements. Courses are ranked into three bands, with a year's tuition costing around AU$4,000-AU$6,000.

Students have the option of deferring the HECS fee until they start earning above a certain threshold, whereupon they will repay the government through the tax system. The amount owed is indexed to inflation. Alternatively, students can pay upfront at the beginning of the semester; this option provides 25 per cent discount. Recent legislative changes that allow a high proportion of full-fee paying places and lower upfront payment discounts have been a source of controversy.

Germany has an extensive system of means-tested or needs-based study assistance. At different times, different portions of this accumulated study assistance grant have been treated as a full grant, and the other portion as repayable, that is, as a loan. One-half of the total accumulated study assistance must be repaid - with the first repayment due five years after graduation at zero nominal rate of interest (which is actually a negative real rate of interest) and many additional provisions for deferment or forgiveness. This effectively makes the supposedly repayable portion an additional grant and very little a true loan.

Although third-level tuition has been free in the Republic of Ireland since 1997, for other student expenses, most of the major banks offer interest-free or cut-rate loans to students. There has been discussion on reintroducing fees, as recommended by the OECD, with a deferred payment similar to the Australian system, that is, a loan from the government repaid after graduation. The suggestion has, however, been quite unpopular.

Kenya began its current Higher Education Loan Scheme under a quasi-public Higher Education Board in 1995. Amounts are means-tested. Interest is four per cent. The key to the programme is the extraordinary effort to recover payments based on the new legislation that mandates employers to deduct amounts due from employees in repayment. The new law also mandates employers to collect outstanding loans from the earlier Kenyan student loan programme. Non-payment attracts severe penalties to both borrower and employer. Capital is provided by the government with the hope that repayment on the old loans, buttressed by the vigorous collections on the new loans, will soon capitalise a revolving student loan fund.

Student loans are provided in the Netherlands to cover tuition and maintenance. Part of the loan, including a basic allowance that is not 'means-tested', plus another means-tested component, can be converted to a grant if satisfactory academic progress is maintained. Interest on the remainder varies annually, at the government's borrowing rate plus about one per cent to cover administrative costs.

British undergraduate and post-graduate students can apply for a loan through their local education authority (LEA). The LEA then assesses the application and determines the amount that the student is eligible to borrow, as well as how much tuition fees, if any, the students' parents must pay. The family's income, whether the student will be living at home, away from home or in London, disabilities and other factors are taken into account. Seventy-five per cent of the full loan is available to all students, with only the final 25 per cent being means-tested. The loan is paid in three instalments during each year of the student's course (one per term).

Special rules apply for some courses and for part-time courses. Loans are provided by the Student Loans Company and do not have to be repaid until students have completed their course and are earning a minimum amount per year. The interest rate is updated annually and is tied to inflation, making the loan interest-free in real terms. The loan is normally repaid using the PAYE system, with nine per cent of the graduate's gross salary over, for example, PS15,000 automatically being deducted to pay back the loan. There is no particular schedule for clearing the debt, but if it has not been cleared 25 years after repayment began, or the student turns 65 years old, the remaining debt will be cancelled.

The USA provides mainly conventional loans, generally available to all students with some financial need (including some students from upper-middle income families attending very expensive private colleges and universities) at minimally subsidised rates of interest.

The federal government subsidises the interest for needy students during the in-school years and bears most of the risk of default for all students. Much of the capital and loan origination is provided by the private banking sector, although the federal government can lend to students directly, in turn either selling the notes in the private capital market or tapping the federal government's general borrowing capacity. Student borrowers can elect to repay according to an income contingent repayment schedule; but as yet, relatively few have elected this repayment option, which features mainly convenience and little ultimate low-earnings protection.

- Dr Winston Adams, JP, is group executive chairman of the University of the Commonwealth Caribbean and first vice-president of the Jamaica Association of Private Tertiary Institutions. Email feedback to columns@gleanerjm.com.