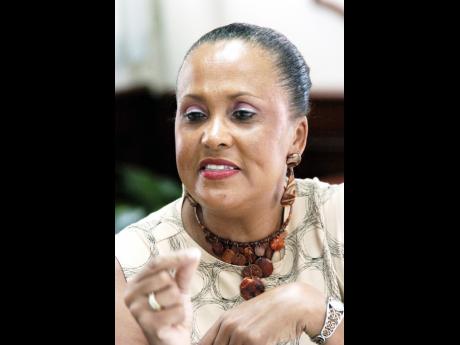 For the many persuasive spiritual, moral and pragmatic arguments being made for keeping the buggery law in place, the most compelling is the case for Jamaica's children and youth.

There is no country of which I know where a law is repealed precisely when crimes associated with the law in question are increasing. Given the exponential increase in sexual crimes against our children, by both homosexuals and heterosexuals, the responsible thing to do is to ensure that all of the country's sexual laws are strengthened, not weakened or removed, in the interest of the youngest and most vulnerable among us.

Not only must those laws be tightened, they must be enforced vigorously. There are countless cases of child sexual abuse that have gone unprosecuted and judicially unresolved because of evidentiary malfeasance and a general lack of concern and diligence in dealing with a problem largely impacting children of the lower socio-economic classes in the country.

In fact, the buggery law must be placed within the broader context of child poverty and class differentiation in the society. With more than 45 per cent of the country's children living below the poverty line, the risk of sexual exploitation is significantly heightened.

There is no doubt that poverty begets buggery, and when coupled with the glaring problem of the abuse of power, the majority of Jamaican children are left largely defenceless and unprotected. I have yet to hear of any public protest or action by Jamaica's LGBTQ activists regarding children who have died as a result of being buggered, including the nine-month-old baby a few years ago.

Equally concerning is the very aggressive re-education and resocialisation agenda of the LBGTQ political movement. It appears as if the motto is, 'If we can't win in the courts, we can win in the schools'. Developments in the United States and Britain provide the best examples.

In 2016, the US state of North Carolina introduced a new public-school policy instructing school staff to refrain from using the terms 'boys' or 'girls' and to refer to them instead as 'students' or 'scholars'.

Outrage over the policy caused a father and blogger to ask, "How can we expect a child to come out with his head on straight when he just spent all of his formative years in an environment where there is no such thing as 'boys' or 'girls'?

World evangelist, the Reverend Franklin Graham, son of renowned pastor, Billy Graham, also weighed in on the North Carolina proclamation. It was reported that Graham called upon millions of his supporters to help fuel his war against the pro-LGBTQ transgender agenda. "Parents should be outraged, and so should we," Franklin Graham declared.

Even more recent, in April, a leading UK newspaper reported that a teachers' organisation in that country voted in support of a policy that would teach homosexuality and transgenderism to children, starting in nurseries, "and throughout all phases of state education". Let us be clear that what those teachers are talking about are children as young as three years old.

The book drew the ire of the public and prompted the minister to announce that he considered "sections of the material inappropriate for any age, and certainly for the grade seven and eight students". Since that time, there has been at least one notable attempt by a prominent NGO to impart a pro-LBGTQ curriculum to children in state-controlled children's homes.

In addition to expressed fears about LBGTQ early childhood brainwashing are concerns regarding the adaptability and overall well-being of children raised in same-sex households.

While admitting that there are gay couples who possess the ability to love and care for children, studies are now emerging showing that same-sex familial experiences are "suboptimal" at best.

In a pioneering study published in the journal of Social Sciences in June 2012, University of Texas at Austin sociology professor Mark Regnerus concluded that children appear most apt to succeed as adults - on multiple counts and across a variety of domains - when they spend their entire childhood with their biological married mother and father and especially when the parents remained married to the present day.

Utilising a wide survey swatch of almost 3,000 young adults, 18 to 39 years, who were asked about their experiences growing up and their life circumstances in the present, Regnerus' study provided strong evidence that children raised by gay and lesbian parents, on average, are at a significant disadvantage when compared to children raised by the intact family of their married, biological mother and father. The study compared all other types of families - married biological, cohabiting biological, step parents, adoptive/foster parents, and single parents.

Given the variety and complexities of risks posed, Jamaica's clarion call must be, for the sake of our children, don't touch the buggery law!

- Betty Ann Blaine is a Christian and child-rights advocate. She is founder of Hear The Children's Cry and Youth Opportunities Unlimited. Email feedback to columns@gleanerjm.com and bab2609@yahoo.com.