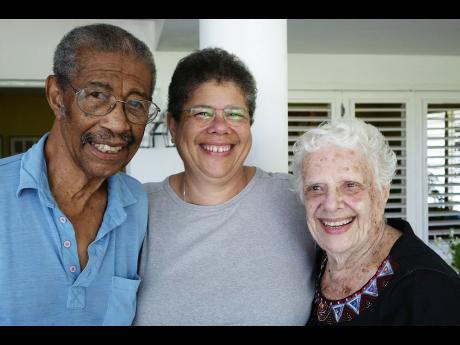 Herbie was born on February 29, 1924. His public-service achievements are seminal but made all the more remarkable in that they came with an unshakable personal integrity and the sort of political blindness that was the norm in early Independence.

Jamaica should be grateful for Herbie, an avid reader and rabid cricket fan, who served as permanent secretary in the ministries of trade (where his cut and thrust with Bob Lightbourne was legendary until they became fast friends), tourism, and finance. In those days, no minister dared instruct any permanent secretary how to run any ministry, and it would deeply sadden Herbie to know how politicised the civil service has become.

In 1972, Herbie was appointed Jamaica's permanent representative to the UN agencies in Geneva, with the rank of ambassador. In 1977, he became the BOJ's fourth governor. From 1981 to 1988, he served as Jamaica's high commissioner to the UK, and in 1989, he became Jamaica's ambassador to the United Nations until 1993 when he retired from public service.

Herbert Walker's lifetime achievements were based on discipline, dedication, commitment, and education at a time when men of his origin weren't handed opportunities on silver platters. Awarded the Jamaica Centenary Scholarship (1942), he studied at McGill University and graduated with a BA (economics and political science, first-class honours). In 1948, he earned his LLB from Victoria University in Manchester, England, and was called to the Bar at Gray's Inn, London, in 1950. For the next seven years, he worked with the Development Secretariat in Guyana.

On June 30, 1950, Herbie married Eva Alsberg in Manchester, England. More than 67 years later, they're still married and their two brilliant daughters, Barbara and Susan, are making their own significant contributions to Jamaica's development.

Eva is a German Jew whose parents hastily put her, age 13 or 14, on a train out of Berlin to try to spare her perceived imminent horrors. On that train were younger children from other families who Eva 'mothered' on the journey to Holland, where her older brother was already in exile. She eventually made it to England, where she met and married Herbie. Her parents weren't as fortunate. Her mothered suffered unspeakable horrors before being murdered at Auschwitz, while her father was 'resettled' in a Polish ghetto, where he died from neglect, malnutrition, and (I'm convinced) a broken heart. Uncle Adolph 'nationalised' the family's assets.

Eva's elder brother sued the German government for reparations and won a small but significant settlement for him, Eva, and their descendants, who have been awarded automatic right of German citizenship.

THIS represents 'reparations', properly so called. A wrong was done by a government to citizens, so successor governments have an obligation to directly compensate their heirs for that wrong. Jamaica's cockeyed cry for reparations for slavery doesn't compute, since the Jamaican Government wasn't enslaved and it's impossible to locate specific heirs of specific slaves.

But there's an issue I believe could have been raised in 1960-62 during our 'negotiations' for Independence that appears to have eluded the brightest minds of the day conducting those talks. It seems we were so focused on gaining 'Independence', we thought of nothing else. I've long believed Britain decided a decade before 1962 that Jamaica had to go. Thereafter, it was a matter of convincing us to 'win' what Britain was dying to give us.

Although Jamaica is in the path of a hurricane zone, until 1988, hurricanes rarely struck. In 1951, Hurricane Charlie, the deadliest hurricane of the season and first direct hit in memory, devastated Jamaica with winds of up to 135mph. The damage cost Britain £S20 million. Up to then, Jamaica had been a milk cow - source of transfer of millions in sugar profits that helped build the UK. Suddenly, Jamaica became a likely recurring liability. It's my opinion that, in 1951, England decided to jettison Jamaica. All that was left was to create the illusion that Jamaica had to fight for Independence. I believe England would've made any one-off payment to remove Jamaica from its books.

Recently, the great Tony Gambrill penned a riveting series about wealthy British sugar families and traced the sugar profits to specific properties acquired by these families in England.

Gambrill writes about the Hibberts:

"The Hibbert family's association with Jamaica began with the supply of cotton goods from their cotton mills in Lancashire [to] West African slaving ports. Thomas [Hibbert] arrived in Kingston [in 1734] to protect their financial interests [by] purchasing slaves and selling them to plantation owners, taking a profit between the buying price and the credit extended to purchasers. Over one 10-year period, he ... sold over 16,000 slaves ... . It was estimated he was eventually owed a quarter of a million pounds of debt. He ... [acquired] three properties on the north coast, Agualta Vale, Agualta Vale Pen, and Orange Hill, with 900 slaves on their 3,000 acres.

"Today he is known for building his 18th-century magnificent town house on Duke Street now known as Headquarters House ... .

"When Thomas Hibbert died in 1780, it's estimated he was worth the equivalent of half a million pounds in today's currency ... . In addition to their thriving Jamaican enterprises, the Hibbert family was becoming deeply entrenched in the commercial life in London associated with slave trading and its ancillary activities ... .

"Described by historian Richard Sheridan as one of the families controlling the Jamaica economy through British commerce and finance ... , the only Hibbert Jamaica legacy is Headquarters House ... [currently Jamaica National Heritage Trust headquarters], where Thomas Hibbert's portrait still hangs."

Gambrill also writes about the "enterprising" Sill family originally involved in the knitting industry in a small village named Dent:

"During the 18th century, the Sills [invested] in the West Indies trade and even possessed a plantation in western Jamaica ... .

John Sill's nephew ... used his inherited wealth from his uncle's Jamaican slaves, sugar and commercial enterprises to purchase several estates in Cumbria ... . He willed Providence to his sister Ann ... . Although she never visited [Jamaica], her estate received £S3,800 in the British government's reparations settlement ... worth nearly a £S1,500,000 in today's currency ... ."

In addition to being allowed, using profits from slave labour, to grow from small cotton suppliers/knitters to be able to acquire vast estates and grand houses in England, these families were swiftly awarded substantial 'reparations' for their loss caused by slavery's abolition.

Gambrill estimates that 3,000 British families were paid compensation for their 'loss of property' at Emancipation (including ex-prime minister David Cameron's family's reward for freeing 200 slaves on Grange estate), and the wealth has been traced to many stately homes, industrial investments, the early beginnings of merchant banks, to raising families in society's ranks and financing political careers. There was no enquiry, at the time, as to possible damage caused to slaves, their families, or the Jamaican economy.

More than a hundred years later, when Premier Norman Manley led his team to "a most momentous conference" at Lancaster House, England, to negotiate Independence, I doubt they realised that Britain had already decided to grant independence and any reasonable collateral demands. Manley was in a slump. His West Indies Federation dream had collapsed under the weight of Busta's political savvy and opportunism. He knew he wouldn't be Jamaica's first prime minister. He was heartbroken.

Footage of his opening speech to the Conference (available from the National Library) and his body language throughout appear to confirm this. There was no Internet; no easy research tools; no mass communication. Jamaica and Britain were like separate universes, and the unequal bargaining power ingrained by centuries of colonialism was an insurmountable obstacle.

Independence was supposed to be the prize. British news reels of the time described 'Independence' as a "transcendent achievement" made possible by Jamaica's "astonishing advances in economic development since the war" and "maturity in political life and thought". So our political team negotiated for and "won" a "prize" that Britain was anxious to award. The British team, led by subsequently disgraced Conservative Party leadership contender Reginald Maudling, then chancellor of the exchequer, charmed, complimented, and outwitted the politically immature Jamaicans. We never even put on the table that compensation for sugar profits earned from Jamaicans' labour, 'repatriated' to Westminster and rich English Aristocrats' pockets should've been available to the Jamaican government.

Jamaica was entitled to THOSE reparations. We should've fought for them. Instead, we swallowed 'independence' with 'sides' of continued British control through an adopted Westminster system awkwardly entrenched in Jamaica's Constitution and a Privy Council determined to keep our laws as British as possible for as long as possible.