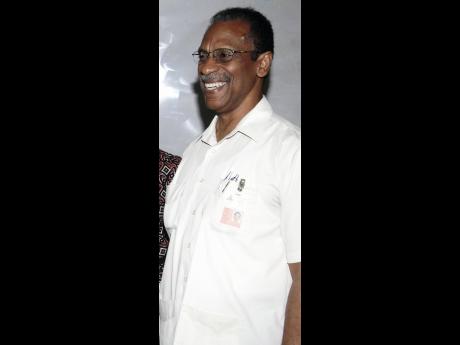 Ian Allen
The court ruled against Brendan Bain's claim of defamation but asserted his right to freedom of expression.

My friend and erstwhile colleague, Carolyn Cooper, and other purveyors of the Jamaican language would have no issue with my saying, "Mi Bain tell unoo so!" As it was 2014, when the story broke, I bet that some of you are surprised that I am engaging this topic, because most homophobes and homoparanoids would not be touching this dismissal matter involving Professor Brendan Bain with the proverbial long stick. However, the wonderful thing in working in a democracy, with a press that is the freest in the Western Hemisphere, is that I have freedom of speech.

The academy - in particular, the University of the West Indies (UWI) - is an amazing place to work, because under normal circumstances, I can speak my mind and not have to mind my speech. In fact, if anyone on my former plantation, including the principal and vice-chancellor, had any doubt that the Charter of Rights in Jamaica holds sway over any dictate in the hands of donor agencies; then the ruling of the Supreme Court is lucid and unambiguous.

Chapter III of the Constitution was not inserted through the back door, and in 2011, this bipartisan project introduced the Charter of Fundamental Rights and Freedoms. Hidden in full view of my university colleagues, lawyers and, not least of all, the pro-anal sex advocates is Section 13, whose subsection (c) reads, "All persons are under a responsibility to respect and uphold the rights of others recognised in this Chapter." This is not a light admonition. The persons, especially those of us who know better, have to make a special effort to do nothing to trample on the rights of others, even as we attempt to defend those of others.

A university, in particular, is a place where we seek academic freedom and thus attempt to reach the truth. No profession on earth, including religious ministry and law, has this commitment to practising cerebral hygiene, washing our minds of as many prejudices as possible and using empirical evidence and data to support or even disprove our own theses.

Many researchers have begun projects, such as my colleague studying animal waste and biogas, and found that their data do not support the original faeces thesis. Nevertheless, every researcher who is an academic worth his cloth will accept the inconvenient truth that the data support, even if it provokes the stakeholders' wrath.

Not defined under any Jamaican statute, British common law helps to understand that this is the very same act called buggery, and it matters not whether it be with a man, a woman or an ox, and that is no bull. Despite the speed at which human evolution is being engineered by technology, the human gastrointestinal system, ending at the rectum and sphincter muscles, was never designed by an uncreative and unimaginative God (if you believe in them) for two-way traffic like the retrofitted Mandela Highway.

For me, as an advocate of protection of people with HIV and AIDS in the world of work, it is irresponsible to deny or downplay the significance of the research data, because biology always wins. We as academics have not only a right to speak the truth, but more important, we are obligated to do so.

As I stated in the same column, I had no issue with Bain's statement before the court, that the published data do not support the hypothesis that decriminalising buggery would "lead to a reduction in the incidence ... of HIV ... among MSM". He didn't say the law shouldn't be repealed.

Still, as I did admit in 2014, the UWI was caught between a rock and a hard place, and in seeking a balance between the rabid intolerant anuphile funders and protecting the rest of the population from the HIV epidemic, this well-respected academic got stuck in the crack, no matter how much he fought.

For the uninitiated, I would be disingenuous if I were to say that the right of freedom of expression is an unrestricted one. One does not have the right to defame another, although he has the freedom to do so. Moreover, the truth does not always set one free. I dare any of my well-learned attorneys, who know that the semi-learned judge before them scraped through law school, to say that he is an idiot. It might be true, and while he has the right to hold him in contempt, he can be cited for such an offence in court and be sanctioned by the General Legal Council for bringing the profession in disrepute.

It is also possible for a worker to speak freely and truthfully but betray professional secrets or confidential information of his employer. Similarly, if he makes statements that denigrate an employer and shake his confidence in him, he can be justifiably terminated. In my considered opinion, Bain was doing no such thing. The UWI is not a pawn; it is a place where integrity and independence of thought abound.

My message for the anuphile advocates is that they have every right to continue their struggle for changes in legislation and attitudes. However, any attempt to silence others who are exercising freedom of speech, especially when the speech is good research, is in itself discriminatory and makes them no better than the homophobes.

Happy Independence and celebrate the gold medals as one of the national colours.