Is Peter Bunting trying to start a race war in Jamaica? 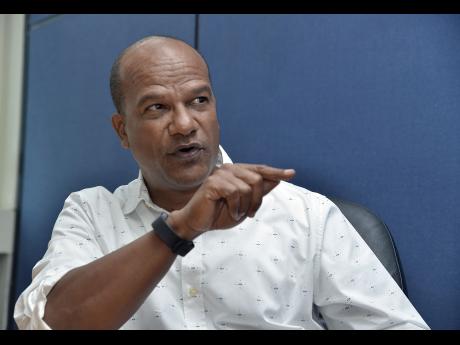 I listen with alarm recently to Peter Bunting levelling a host of allegations against the Chinese companies working in Jamaica. While all of his allegations are frightening and significantly dangerous, not only to the Chinese nationals living and working here, but to the reputation of Jamaica as a place that is open and welcoming to investors, I find the one about the use of convict labour most astonishing.

Being a former minister of national security, I would have thought that Mr Bunting would have brought the evidence to substantiate his claims. Because of the fact that the Chinese didn't decide to 'colonise' Jamaica under this Government, one would be led to believe that Peter Bunting, whose job it was to secure the nation, would have known if any convicts were on the island working for the Chinese, and if so, it was his responsibility to take the appropriate measures to safeguard the nation. If his allegations are true, Mr Bunting would have failed in his sworn duty to protect this nation. Now, if that is not the single most terrifying thought to have, I don't know what is.

As security minister, Bunting would have had access to the most high-profile intelligence from the police and the army, to some extent. Question that should be asked: Did Bunting received any intelligence stating that Chinese convicts were working on the island? Did Bunting bring those allegations to Cabinet for discussion? Did the Government led by Portia Simpson Miller collude, in any way, shape or form, to allow Chinese convicts to be issued work permits? Was that done to advance the allegations made by Paul Burke about a Chinese kickback scheme on major projects done in this country?

These are questions that Peter Bunting needs to answer - and answer now. He should not be allowed to put Jamaica in a position whereby people start wondering if it is Chinese convicts causing the mayhem on our nation.

It cannot be that Bunting, through sheer political one-upmanship, would cause Jamaicans who have for decades co-existed with 'Mr Chin' in peace, to start attacking Chinese in ways only seen in ethnic cleansing in Africa. Peter Bunting's statement is reckless, dangerous and has the potential of inciting a race war in Jamaica!

The leadership of the PNP should ask Bunting to either provide the evidence or withdraw the comments and apologise to the Chinese, and state categorically he was lying and should never have made such a reckless and baseless assertion.

I will go further: If it is that Peter Bunting cannot provide the necessary evidence to support his claim, he should be removed forthwith from the shadow Cabinet.

Nobody can, or will, have any confidence in a man that lies like that.

And, if he does not furnish such evidence, he should not only be removed as a member of the shadow Cabinet, but as member of parliament, because he has put the safety of the nation at risk by not doing anything to stop the flow of dangerous Chinese convicts into Jamaica at a time when he was calling for divine intervention to stop the runaway murder train.