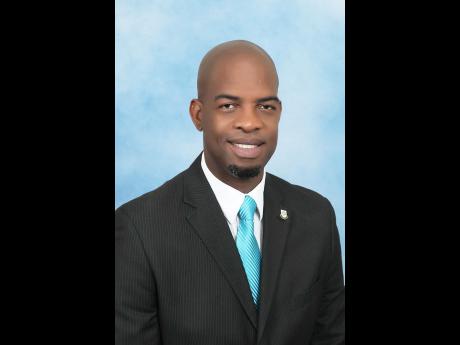 Education is a human right and a key factor to reducing poverty. Education promotes both social development and economic growth.

Many people still fail, however, to see the link between education and the economy, since education is basically understood to be book learning rather than as an investment. The basic function of education is to create a society equipped to deal with the challenges that will present themselves. It is in this respect that the deficiencies of the education system should be recognised, certainly in Jamaica's case.

In times past, education was seen as a scarce commodity in which the rich would have been in a position to offset the cost to send their loved ones to school, while the poor slaves were expected to carry out the manual work on the sugar cane plantations and estates. Sir John Peter Grant, in 1865, began to construct government primary schools with the intention to serve the poor.

Years later, a revolution in education started in the mid-1950s when the then government rolled out the expansion of places in secondary schools, but still, without the proper support in place that was already geared towards the privileged.

Edwin Allen changed the policy in 1965, which required 70 per cent of all places in secondary school to be allotted to students from the government-run primary schools. Although this was a step in the right direction, it did not create an education system for all. This also created a massive shortage of places. The World Bank then agreed to finance the construction of 60 new secondary schools, which saw even further expansion in the education system.

The policy of state-paid tuition was reintroduced in 2007, under the government led by Bruce Golding, with Andrew Holness (now prime minister) as education minister. Current Education Minister Senator Ruel Reid and I served as his special advisers, along with Alphansus Davis, Harold Malcolm and Dr Rebecca Tortello.

The current Jamaica Labour Party government led by Prime Minister Andrew Holness believes that a good education will lead to economic gain. We have embraced the mantra that "every child can learn and every child must learn" and moved it beyond slogan to fuller support. Hence the administration has taken steps to better fund the education system.

The JLP administration inherited a system in 2007 of $5,750 per capita and moved it to a 100% increase to $11,500. That figure remained unchanged throughout the life of the immediate past administration. The current administration has increased the allocation from $11,500 to $17,000, and $19,000 per capita up to sixth form.

Significantly, however, additional funding has been made available to institutions to assist with infrastructure, part-time staff, temporary staff, ICT, TVET, and CAP. Plans for the upcoming school year include the gardening programme that

I chair, which will be implemented this September in primary schools in collaboration with the Ministry of Agriculture and Fisheries. This will provide produce for a more nutritional diet for our students. There is also the extension of the programme for PATH beneficiaries in obtaining a cooked meal five days a week compared to the previous three days.

The Ministry of Education has also started the early delivery of furniture to schools from the end of last month. We should also note the new school bus system and the book rental system at no expense to the individual schools - both are significant breakthroughs in the system.

This administration has increased the funding for operational expenses of secondary schools from US$2.6 billion left by the current administration to US$5.3 billion 2016-2017 and moving it to US$7.2 billion for 2017-2018.

This is the first time in the history of the school system that so many administrators have adequate resources to fund their institutions. I spoke with a primary-school principal last week who noted that he could now prepare his plant for the upcoming school year and purchase a photocopying machine that he has wanted to do for some time but was crippled by a lack of resources.

I recall sitting in a meeting with the Jamaica Teachers' Association and hearing a former president say of the current minister:

"Sir, I told you this before and I am saying it again: There is absolutely no doubt that the schools are being impacted in a positive way by your stewardship."

Schools are being better funded. It may not be at the 100 per cent we would like, but it is much better, and they are in a much better situation than that to which they had become accustomed. School administrators should, therefore, abide by the fees policy outlined by the minister and, by extension, the ministry. There are systems and policies in place to address shortfalls.

Let us not deprive our students of a solid education or put a stigma on those who may be unable to meet specific requested additional fees. Let us not prevent them from entering the compound because they fail to pay. Let us adhere to the policy and give every child a fair chance in life. Let us be transformational leaders and not transactional leaders - a term I first heard from Prime Minister Holness.

Let us move from the slavery and post-slavery-era elitism in education. Let us give our children the support they need. Our future depends on it.

- Robert D. Miller is a consultant to the minister of education, youth and information. Email feedback to columns@gleanerjm.com.