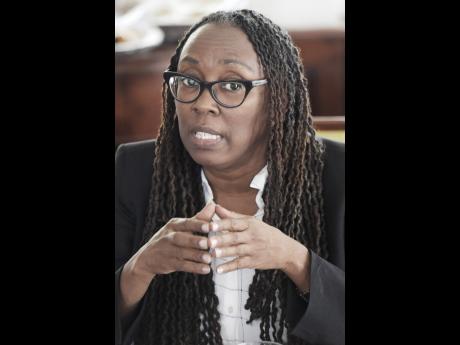 Accountability in Government is not merely a check on power and abuse. It is a vital part of management that builds trust, inspires confidence, improves performance, and promotes ownership. It gives us a fighting chance to achieve and sustain the hoped-for economic and social progress and prosperity.

So with all these benefits, why does accountability in the ministries, departments and agencies of government elude us?

The Jamaica Civil Society Forum (formerly Coalition), in collaboration with the Caribbean Vulnerable Communities Coalition, set out to find answers by researching six years of reports (2010-2015) tabled by the auditor general (AG). This research was supported by funding from the European Union, which has invested significantly in national efforts to increase transparency and accountability.

The findings were not pretty. Forty-one reports of the auditor general spanning the six-year period all outlined a litany of breaches. The dollar value of the reported instances of waste, losses, unsupported payments, etc., is staggering. In one three-year period, 2009-10 to 2010-11, it amounted to a whopping $6 billion-plus!

To put the $6 billion-plus in to perspective, the total investment budget for national security and health for this financial year, 2017-18, is $4.2 billion and $2.1 billion, respectively, or a total of $6.3 billion.

Consider these examples of breaches: A signatory for the Agri-Investment Corporation ceases to be an employee but continues to sign 91 cheques valued at $112 million and authorises investment encashments of $56.5m over the course of two years. The Housing Agency of Jamaica borrows $8.6 billion from China and pays out all sums to the contractor, even though 92 per cent of the planned units and 21 per cent of the lots were incomplete. Is anyone minding the store?

The answer to that question is part of the problem. Let's start at the top.

The House of Representatives does not review and discuss the annual findings and recommendations of their Public Accounts Committee (PAC). The PAC is mandated to examine the AG's reports but has no power to sanction public officials. It could, but does not refer matters for further investigation to other watchdog agencies empowered to investigate and sanction, if necessary. The Cabinet receives no parliamentary reports on which to base policy decisions that are needed to systemically mitigate waste, corruption and inefficiency.

At the level of ministries, departments and agencies, the financial secretary in the Ministry of Finance and all the other permanent secretaries are empowered by law to sanction errant officers. Three pieces of legislation provide the financial secretary with enforceable sanctions, including a 'surcharge' (requires repayment by a public officer of some or all losses sustained due to their action or inaction) that can be levied against any public official within three years of when a breach is committed.

There is more. A Public Accountability Inspectorate was established in the Ministry of Finance in 2009 to "address issues of weak financial management in the public sector". Its mandate is to review critical reports tabled in Parliament, including reports of the AG, PAC, the Public Administration and Appropriations Committee, Audit Commissions, and the contractor general.

The inspectorate is mandated to keep a detailed record of all points raised by the AG and the recommendations and decisions of the PAC, ensuring that all such are carried out by the relevant government entity, and if not carried out, to refer the matter to the financial secretary with recommendations for appropriate action.

Add the ministers, boards, the watchdog agencies - the Revenue Protection Division, the Contractor General, the Integrity Commission, the Public Service Commission, and others.

While Jamaica does fairly well with 'calling to account' public officials and agencies, it is in the area of 'holding to account' - which involves sanctioning or penalising officers who fail to properly discharge their duties - that we are failing miserably. This is a deficit we can scarcely afford as the combined budget for seven of the key oversight agencies in this financial year 2017-18 amounts to more than $2 BILLION!

Jamaica's challenge, then, is not primarily an inadequacy of institutional mechanisms for accountability. Rather, it is a lack of will to use what sanctioning powers are available and to discharge mandates that are supported by enforceable laws.

In the face of the daily sacrifices we make, it is time for the riot act to be read by a more informed citizenry.

- Jeanette Calder is a researcher and member of the Jamaica Civil Society Forum. Email feedback to columns@gleanerjm.com and jayceejm@yahoo.com.