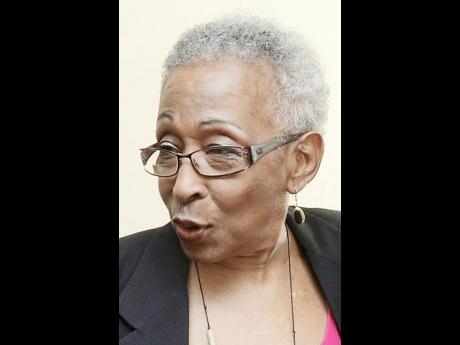 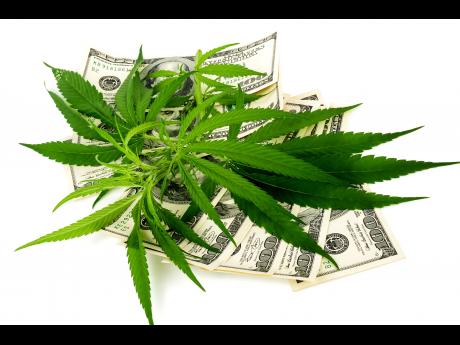 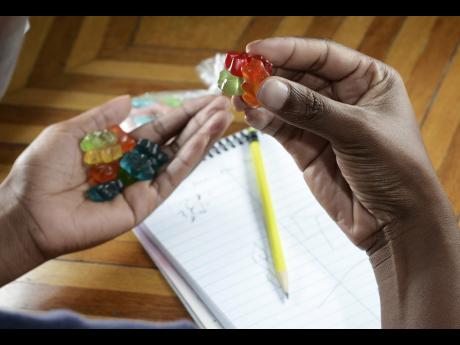 Gladstone Taylor
A sample of the candy laced with ganja that is being sold to some students in Jamaica’s schools. Commentator Yvonne McCalla Sobers says public education of youth about the dangers of ganja is a matter of urgency.
1
2
3

Indians knew and used ganja for about 4,000 years before they brought the plant to Jamaica. In more than 150 years of cultivation in Jamaica, ganja has proved itself to be neither all positive nor all negative. It is neither entirely destructive nor benign.

Ganja was legal until the last century when appeals to fear, racism, and prejudice led to the myth that ganja is an evil drug. Suppression instincts should give way to the open-mindedness needed to develop a medical ganja industry. Already, Jamaica is slow off the mark and is being lapped by bolder competitors. Policymakers, therefore, have

limited space and time to decide whether they are in the business of opening or closing doors. They may be wise to rely on folk wisdom as well as state-of-the-art science in weighing the actual (as distinct from imagined) dangers and benefits of ganja use.

The way forward needs to include discourse that enlightens the public about:

1. The difference between recreational and medicinal ganja: The same plant, containing more than 400 different chemicals has always offered recreational as well as medicinal benefit. For example, THC (tetrahydrocannabinol), responsible for the ganja 'high', has long been used to treat pain, nausea, and glaucoma. CBD (cannabidiol), the plant's non-psychoactive element, has been used to control blood sugar, cholesterol, and epileptic seizures. Ganja strains usually combine THC and CBD in different ratios.

Unlike recreational ganja, medicinal ganja is currently subject to restrictions and regulations. Such are the added costs that room may be limited for the "little men and women" in Jamaica's medicinal ganja industry unless they have wealthy patrons or partners.

2. Overall harmfulness compared with other substances: Data remain insufficient for drawing strong conclusions about ganja safety. According to a 1988 DEA ruling, a ganja user would have to consume 20,000 to 40,000 times the amount of THC in a joint to be at risk of a fatal dose. By contrast, drinking alcohol is said to be 114 times more dangerous than smoking ganja. A 2010 Lancet study showed alcohol to be the most harmful drug in Britain, scoring 72 out of a possible 100, far more damaging than heroin (55) or crack cocaine (54). On this table, tobacco scored 26 points and ganja scored 20 points.

There have been no documented deaths as a result of ganja overdose. However, the way in which the individual's brain and central nervous system process ganja is as individual as a fingerprint. One in 10 persons has little or no tolerance for ganja. In addition, smoke of any kind damages lung tissue.

3. Risk of addiction: Clinicians make a difference between dependence and addiction. Drug-dependent persons need more of a drug to get the effect they want and may experience withdrawal symptoms if they end or reduce drug use. Addicts centre their lives around the drug even when it disrupts their careers and relationships. According to the National Institute on Drug Abuse (USA), about nine per cent of ganja users and 17 per cent of teen users become dependent on this drug. Data on ganja addiction are hazy because dependence is often confused with addiction.

In 2007, a team of British experts identified the five most addictive substances in order of addictiveness as heroin, alcohol, cocaine, barbiturates, and nicotine. The US Drug Policy Alliance has listed alcohol, tobacco, caffeine, and sugar among legal substances that are more addictive than ganja. Dr J. Wesley Boyd, associate professor of psychiatry at Harvard Medical School, has pointed out that withdrawal from ganja is mild compared to other drugs.

4. Drugged driving: The threshold for blood alcohol content is well known and is based on a chemical test with a number. On the other hand, drug impairment varies by person, by drug, and by the way the drug is metabolised. In addition, because ganja can remain in the system for a long time, presence of the drug does not necessary equate with impairment.

Opinions vary regarding how soon it is safe to drive a motor vehicle after consuming ganja. Estimates are between two and 24 hours, depending on variables such as THC strength, frequency and volume of use, and individual reactions to ganja. According to the US AAA Foundation for Traffic Safety, legal limits for ganja are "arbitrary and unsupported by science".

5. Effect of edibles: Many persons have had scary highs after consuming edibles. Worse, children can be accidentally exposed to cookies, brownies, and other edibles. Those who consume ganja edibles face dangers from delayed effect and side effects such as paranoia and anxiety attacks. Yet, edibles provide alternatives for medicinal ganja patients who may not want to smoke or vape ganja. As a result, states such as Colorado are developing guidelines for edibles.

6. Information sources: Data can vary depending on attitudes towards ganja. The US alcohol and drug companies, with billions of dollars of revenue at stake, promote a negative image of ganja. On the other hand, activists for ganja industry reform push the case for legalising ganja.

Jamaica needs to resist the impulse of self-doubt by looking overseas for expertise that resides locally. The Jamaican brand, following the routes of reggae and Rastafari, has garnered international respect. In addition, pioneers of the ganja-derived medicine Canasol were inspired by stories of Jamaican fishermen who said smoking ganja improved their night vision.

7. Danger to youth: A recent Jamaican study confirmed the damage ganja can do to youth. Ganja use was shown to impair learning, attention, and memory. Government agencies were, therefore, required to target youth most likely to suffer negative impact of ganja use. In July 27, 2017, Minister of Health Christopher Tufton announced that funds were finally in place to educate youth about ganja use.

Ganja has been around for the last 12,500 years and is going nowhere. Balance is, therefore, essential if Jamaica's medicinal ganja industry is to seem credible. Fear and prejudice need to be set to rest while priority problems are identified and addressed. Non-negotiable items such as youth education and overall public education need to be treated with the urgency they deserve.