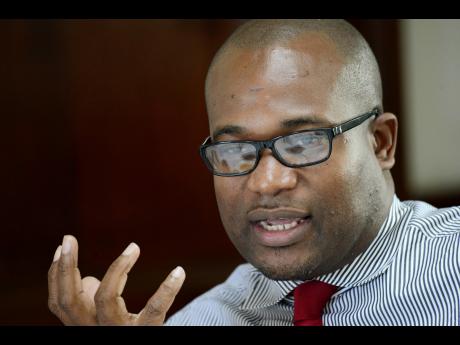 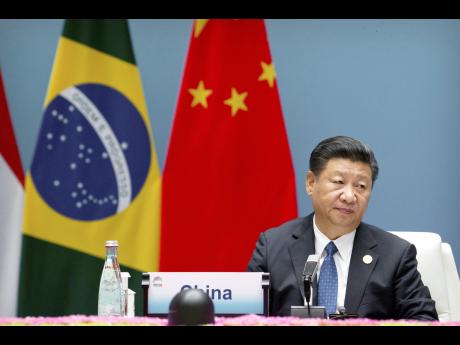 Peter Bunting's rant about the behaviour of Chinese firms in the Jamaica economy is unsurprising. Those of us following global developments knew that it was only a matter of time before voices in Jamaica would join those from a band of countries to blame Chinese firms for their inability to compete in an increasingly globalised but inhospitable marketplace.

Opposition politicians the world over try to capitalise on xenophobia as a strategy to woo voters as they try to present alternatives to generate employment and grow their economies substantially. This strategy was quite evident in the just-concluded US elections. China has been on the receiving end of this strategy in most cases. Similarly, the BBC has been running commentary on Chinese firms and highlighting the strong xenophobic behaviour to which they have been subject.

While interest groups are pushing the xenophobic strategy, it appears that China's rise to global prominence is accelerating as they seize opportunities in most countries that are struggling to grow their economies, provide employment to the vast majority of their citizens and, most important, grow their middle class. Thanks to the neo-liberal restructuring, China's dominance is getting even stronger as globalisation deepens.

It is comforting and easy to pick on China and Chinese firms to explain away the inconvenient truths about neo-liberal restructuring, its progeny, globalisation and financialisation in the global economy. Leaders must dig deeper and provide a more intellectually robust retort to the system that has bred China, the neo-liberal globalisation project, rather than play the xenophobia strategy.

For, if there is no meaningful alternative to the global capitalist project, which glorifies overproduction and an unbridled approach to wealth accumulation, when China is gone from the scenes, the blame will be switched to another behemoth and the cycle will continue.

THE RISE OF CHINA

It is no secret that China has benefited from the 'China Price', mainly because of its massive army of cheap labour, a major attraction for investors in the global capitalist project. When the profit rates of firms in the global economy started tumbling as a result of overproduction (mainly in manufacturing) and the depressed demand for these goods as a result of an eroding middle class who have less money to spend because of lower wages and rising prices, firms started to seek new ways of reducing cost of production in order to cut prices and stimulate demand.

This led to a significant number of the global multinationals moving their operations to China to benefit from the large pool of cheap labour. It is not surprising, therefore, that it is estimated that by the middle of the first decade of the 21st century, 40-50 per cent of the profits from US firms were derived from their operations abroad, mainly in China.

China has worked this strategy well and developed a massive capital reserve that provided it with substantial wealth to stimulate its own internal demand. With the middle class in China rising and the wage rate now becoming higher, Chinese firms had to start seeking locations overseas to ensure their own survival. This has led to these firms taking on investments in locations where they think they can create value and make money despite overproduction in the world economy.

Not surprisingly, because of the overcapacity in manufacturing, the Chinese firms turned their attention mainly to infrastructure developments in new markets as an escape route to get the best return on the vast amount of cheap capital they garnered from the benefits of the China price strategy.

The push for increased profitability, one of the tenets of the neo-liberal agenda, led Chinese firms to invest in locations such as the Caribbean, including Jamaica; Africa; North and South America; Europe; and other parts of Asia.

Clearly, Chinese firms are no different from Fortune 500 firms that invested in China and other locations to shore up profitability, which took a beating from the overproduction in the global economy. Indeed, estimates show that the profit rate for Fortune 500 companies moved from 7.15 in the 1960s to 3.30 in the early part of the 21s tcentury.

China has a vast reserve of capital and an army of labour, two vital resources in the arsenal of players in the global capital project. Chinese firms have access to this cheap capital and labour, thus putting them at a strong competitive advantage ahead of domestic firms in almost any markets that they will do business.

Clearly, like all other businesses, Chinese firms will use this to their advantage. With such a big start ahead of Jamaican firms, the domestic firms will be behind the proverbial eight ball. As such, Jamaican firms will have to devise new strategies to participate effectively in the global economy.

Because of their small size, Jamaica firms will not be able to generate the type of scale that is needed to compete with Chinese firms. It means that they will have to form cooperatives and bid on contracts to be better able to win against the large

and resource-rich Chinese enterprises. Further, there is the emerging concept of collaborating to compete. Instead of seeing competition as a zero-sum game, Jamaican firms will have to find areas of the industry value chain they can exploit. They do not need to have absolute advantage but ensure that they have a relative advantage over the Chinese.

Collaboration is an emerging strategy that local firms need to start practising. This will call for relationship building, networking and adroit leadership. It is not beyond Jamaica firms to do this.

Despite concessions from the Government, Jamaican firms will always find it difficult to complete head-on with Chinese firms. The neo-liberal project is more hospitable to the types of resources the Chinese firms bring to the table than those offered by Jamaican companies.

With our policymakers currently wedded to neo-liberal restructuring as the pathway to development, open market, free-flowing cheap capital and mobility of labour will be the order of the day.

If we want to deal with discussions about the Chinese invasion seriously, we need to first determine whether there is an alternative to the neo-liberal restructuring pathway to development. Political leaders like Mr Bunting and Prime Minister Andrew Holness need to spend some time thinking through alternatives and let the nation know if they have a strong intellectual retort to the neo-liberal orthodoxy narrative that has dominated the development arena. This new thinking will go a far way in better positioning Jamaica firms to compete globally.

- Densil A. Williams is professor of international business and pro vice-chancellor, planning at the UWI. Email feedback to columns@gleanerjm.com and densilw@yahoo.com.